Peter Pannu Is *Still* Considerably Richer Than You

I do appear to have invoked plenty of memories “for those of a certain age” in recent articles. And I’m about to do so again.  In January 1979, the then Prime Minister James Callaghan returned from a summit in Guadeloupe to a Britain entering its infamous “winter of discontent.” Rubbish was left uncollected and the dead unburied thanks to various trade unions “holding the country to ransom” (copyright: every right-wing national newspaper – i.e. all of them except the Mirror). Callaghan tried to play down suggestions of “mounting chaos” and create an impression of a leader in control when he faced the press at Heathrow Airport. This attitude was ridiculed and condemned as out of touch by the waiting press pack. And the Sun newspaper, as predictably then as it would be now, led the way with its headline the following day: “Crisis, what crisis?”

Birmingham City’s forever-acting chairman Peter Pannu produced his own version of “crisis, what crisis?” this week. Leaving Wednesday’s Extraordinary General Meeting of Blues’ parent company, Birmingham International Holdings (BIH) in Hong Kong, Pannu was asked by BBC reporter Juliana Liu how the EGM would affect Blues’ future after “all the troubles the club has faced?” He replied: “What troubles?” City, it seemed to momentarily slip his mind, have been gradually sliding down English club football’s pyramid over the last three years, losing millions of pounds along the way. That this didn’t register in Pannu’s mind as “troubles” was all the more remarkable given the nature of the meeting he had just left.

I will, I promise/threaten, bore you with the details in my next Birmingham article. Suffice to say for now that the EGM was called to pass a series of emergency resolutions to enable BIH to relist on Hong Kong’s Stock Exchange (HKSE) which, in turn, would facilitate efforts to raise capital for the financially-ailing company via a share placing and multi-million pound borrowings. All the resolutions were passed unanimously. As BIH owns 96% of City, and Blues produce a similar percentage of BIH’s turnover, the company’s troubles are the club’s troubles. Possibly, like Callaghan in 1979, Pannu was trying to create the impression of a man in control. But, like Callaghan, he failed. Partly because the slightly slimmed-down Pannu brought Eric Morecambe to mind every time he adjusted his glasses. And partly because of his subsequent answer.

Liu’s follow-up question was “the fact that you are in the red at the moment, do you think that’s all going to turn around now?” Careful scrutiny of the footage suggests that Pannu probably did not hear the second half of the question. If he had he would surely have taken the opportunity to assure Birmingham fans that “we’ll have capital, we’ll support the club” once BIH could resume share trading – which he eventually did when asked to do so by another reporter. Instead, in the careful, precise tone he adopts when patronising and/or talking down to people (i.e. most of the time), he replied: “95% of football clubs in England are in the red. Manchester United, OK? If you check their books, they are indebted to the tune of £350m. Tell me one club that makes money, except maybe Arsenal or West Bromwich. So, it’s no big deal.”

And there you have it. BIH’s losses and liabilities “indicate the existence of a material uncertainty which may cast significant doubt about the group’s ability to continue as a going concern.” The club’s auditors “do not have sufficient appropriate audit evidence to conclude whether the directors’ (assumption the club will remain a going concern) is appropriate in the circumstances.” And it’s no big deal. None of it. Of course, Pannu’s consultancy firm, Asia Rays Limited, was paid £465,000 last year to advise the club and parent company that none of the above was a big deal. And Asia Rays probably advised the club that its acting chairman’s salary for 2012/13 of £390,000 was “no big deal” either, as it wasn’t quite 10% of the club’s losses for the year.

Little wonder, perhaps, that one wag commented on facebook: “Leave our club and go back to Masterchef.” His use of Manchester United as a comparator was nonsense. Man Yoo’s debts, fundamentally wrong though they may be, are being serviced by multi-millions in commercial and broadcast revenue way beyond BIH’s wildest dreams (i.e. borrowings). But Pannu must have known that it was nonsense – he’s arrogant, not thick. He either assumed that Liu and football journos would fail to grasp the relevant financial complexities or felt the question unworthy of a respectful response. Either way, it was typical sneering, superior Pannu.

The headline-grabber from Birmingham City this week was largest individual shareholder Carson Yeung’s resignation from every post he held with both BIH and Blues. This, though, really was no big deal, as it was an already-publicised condition of BIH’s relisting on the HKSE. Yeung has “other personal commitments” to which he can now “devote more time.” Not least of these being the verdict in his money-laundering trial, due on February 28th, which might be a very big deal indeed. Pannu, meanwhile, marches on. It is unclear from this distance how much work he has undertaken to get BIH’s finances and governance in order. It may even be that he deserves credit for a considerable success. Though you can bet that will be in bonus form, above and beyond his current super-remuneration.

But reminding us what he does for his £390,000 from the club, he said: “We will work hard to sustain the club as we have been doing for the last two or three years.” Years in which, lest anyone forget, Blues’ financial future has been under permanent doubt, despite the sale of their best players, which has at least partly transformed them from a Premier League mid-table club to outside bets for relegation to League One. And if you’re getting just shy of four hundred grand a year for overseeing that, it’s little wonder that you have to ask “what troubles?” 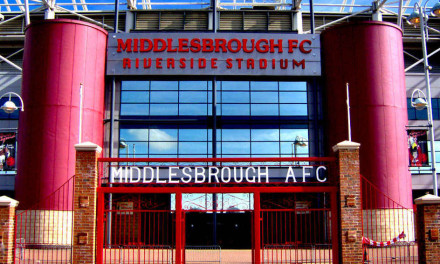 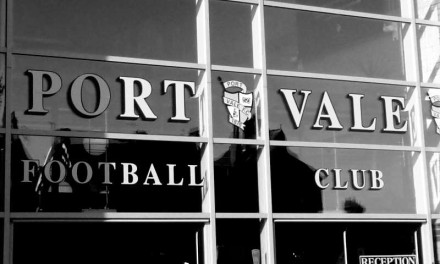