It’s forty years ago this month since a man who would go on to be a Bristol Rovers legend scored one of the defining goals of his playing career and thirty years since he arrived at a club at which he would enjoy considerable managerial success. Here’s Paul Caulfield with a look back at the life and times of Gerry Francis.

Mention the name of Gerry Francis to football fans of a certain vintage and they will tell you of two spectacular goals in England’s famous five-one humbling of Scotland in May 1975 and his Goal of the Season for QPR against Liverpool, scored just a few weeks later at the start of the following season. These days, however, Francis is better known for his appearances on Sky’s Soccer Saturday, for his lifelong adherence to the mullet and, among pigeon fanciers, for his ownership of the prize racing pigeon Thornlea Lucky Stumpy.

Few, though, would necessarily be able to recount the full story of the former England captain’s managerial career, and fewer still on his brief but highly successful spell in charge of Bristol Rovers. In the south of Bristol and north Somerset, however, Francis’s name summons forth other mental images; of a Rovers team he managed winning the old Third Division championship, of a Wembley appearance in the Leyland DAF Trophy final of 1990, and of an unforgettable, championship-sealing triumph over Bristol City at Rovers’ lodgings at Twerton Park. Francis’s achievements were all the more impressive given the Pirates’ penury and enforced exile in Bath, with the manager himself investing £20,000 of his own money in order to keep the club running.

Bath City’s Twerton Park was worlds away from the stage occupied by Gerry Francis as a player. Captained by QPR at just twenty-three years of age and Don Revie’s first England skipper, Francis was one of the outstanding midfielders of his day – but without the fanfare of successor Bryan Robson – a mere twelve caps betraying terrible luck with injuries. But his swift rise was evidence of a determination and strong personality that would serve him well through some difficult times.

Francis left Queens Park Rangers in 1979 to join former boss Terry Venables’ newly-promoted ‘Team of the Eighties’ at Crystal Palace, but two fitful years at Selhurst Park brought just fifty-nine appearances for the club. A season at Coventry City followed before the Chiswick-born midfielder opted for the dugout, becoming the player-manager at Exeter City. It was not an easy start in management for the thirty-two year old, who was dismissed as the Grecians finished bottom of the Third Division at the end of the 1983/84 season amid on-pitch struggles and boardroom unrest.

Undeterred, Francis turned out briefly for Cardiff City, Swansea City and Portsmouth before alighting in the blue half of Bristol in 1985. He played thirty-two times for Rovers before replacing Wimbledon-bound Bobby Gould as manager in July 1987. Third Division Rovers had finished Gould’s last season just two places from relegation and Francis arrived at just the right time to galvanise a floundering club. A rent dispute with the Bristol Stadium company and a reduced capacity of 12,500, had seen the Pirates leave Eastville – their home since 1897 – just a year before; its quirkiness and charm, with a greyhound track and flower beds forming a rustic backdrop, no defence against the club’s shaky finances and unsecure tenancy.

With the ground issue unresolved, Rovers moved ten miles out of town, to Bath City’s Twerton Park; an unwanted upheaval, but with the city of Bath falling inside what could be considered natural Rovers territory, a logical one. The club had previously played five home games at Bristol City’s Ashton Gate in 1980 after a fire at Eastville, but the bitter cross-city rivalry – of which the later torching of Twerton Park’s offices by seven Bristol City fans was just one example –  ruled out a long-term deal, and made Twerton the only practical destination for the club. Against the odds, though, Francis’s team prospered in its strange surroundings, with the manager turning in a profit of £142,000 on transfers; thanks largely to the sale of Gary Penrice to Watford for £500,000 in late 1989. Meanwhile, Francis’ major signings, Nigel Martyn, Ian Holloway and Devon White, all of whom were picked up for next to nothing, gave the impression of being something of a statement of intent, and of the new manager’s confidence in himself.

Some unorthodox scouting methods also helped boost the squad, as future England goalkeeper Martyn, then at St Blazey, (“Cornwall’s premier football club”), was spotted by the Rovers’ tea lady during her holiday fortnight there. Cult midfielder Ian Holloway meanwhile, whose Rovers and QPR connections mirror those of his former boss, returned to the club after two years away and soon became key component of the Pirates’ success, missing just five games in the next four seasons. Likewise, striker Devon White, a free transfer from Grantham in August 1987, made over two hundred appearances in his five years at Rovers, scoring fifty-three goals, including two in the aforementioned title-decider against Bristol City; an endorsement of Francis’ skill in developing unsung players. With the added presence of top scorer Dave Mehew, Rovers were a potent attacking force.

A solid eighth place in Francis’s first season was followed by a play-off defeat to Port Vale in 1989, before the title was clinched with the beating of Bristol City at Twerton Park before a capacity crowd of 9,813. Some argue that assistance that day arrived from an unexpected source, with a threatening telephone call to Ian Holloway from some City fans the night before the match giving a little extra motivation to the Rovers players that day. A Wembley defeat by Tranmere in the Leyland DAF Trophy Final, Francis’s last game in charge of the club, denied Rovers a lower division double, but could not detract from a run of just one defeat in twenty-two games that brought the title, with one of these wins, ironically, being a two-one success at Prenton Park. Rovers finished the 1989/90 season unbeaten at home; the first and so far only, time this has happened.

Francis left behind a revitalised club making light of its difficulties, as well a solid foundation for his successor to build on. though instability and frequent changes of manager were to stifle any progress in the future. Francis himself had been tempted away to Loftus Road to inject life into the club where he made his name. Rangers finished fifth in the First Division in his first season as boss with a squad including one Ian Holloway, while Rovers stayed up for three seasons before relegation in 1993. There then followed three mixed years at Tottenham Hotspur and a return to Queens Park Rangers, where he spent time as the club’s manager and then director of football. Francis returned to Rovers, by now based back in Bristol at at the Memorial Stadium, in 2001 for a less successful second spell as the club’s manager. Beset by injuries, he left the club just before Christmas in 2001.

Since then, Bristol Rovers have worked their way through twelve managers since then. John Ward took control of the club at the end of 2012, but he was unable to steady a club in decline and finally relieved of his duties in March of last year, with relegation from the Football League looming. His replacement was the thirty-seven year-old former manager of Salisbury City Darrell Clarke, who won promotion back to the League at the first attempt after a penalty shoot-out win over Grimsby Town in this year’s Football Conference play-off final. Lee Mansell’s winning penalty may also have brought Longer-term consequences for the club than a mere return to the Football League too, as permission has been granted for a new £40m, 21,700 capacity stadium at nearby Stoke Gifford. The loss of a court case against the Sainsbury’s supermarket chain over the sale of the Memorial Ground – which is presumed to pay the costs of building the new stadium – has turned out to be an obvious concern for the club but, generally speaking, after a few traumatic years, things might just be set in a fairer direction for the Pirates. Gerry Francis, we like to think, would approve.

You can bounce back after a year away with Twohundredpercent on Facebook by clicking here. 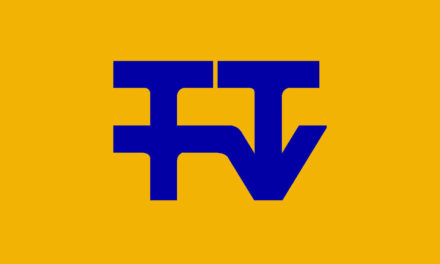