It has been said that there have been some events in human history so momentous that even those who weren’t born at the time can remember what they were doing when they occurred. Only time will come to tell whether there will, amongst generations to come, be hordes of people born in 2020 who can remember exactly what they were doing on the day that Leicester City won the Premier League in 2016, but it wouldn’t seem unreasonable to suggest that this may well end up being the case.

For the last eight or nine months, most of us have been in some form of denial or another. True enough, Leicester sat atop the Premier League, grinding out win after win as the teams that everybody had expected to be competing for the championship stuttered and stalled their way through the season, but somehow or other it didn’t click that what we were witnessing was the football of a title winning team. After the best part of a quarter of a century of near stasis in English football, the very notion that a team could take a great leap forward from the great unwashed of the division’s relative lower orders had become implausible to the point of absurdity. Blackburn Rovers managed it in 1995, but this was a title win that was fuelled by a surplus of financial support, by the standards of the time.

On the whole, though, we believed that the corporatisation of top flight English football had killed the idea of social mobility once and for all, and it’s still as likely as not that this will be the case, in the long-term. For the majority of football supporters, though, the currency that keeps us engaged is hope, and that has been thin on the ground, of late. It will likely be misplaced logic to think this, but a large number of supporters of middle ranking clubs, too many to list here, will have looked at what Leicester have achieved this season and wondered about the possibility of their club, perhaps, one day coming close to achieving the same. Such hope, against increasingly insurmountable obstacles in recent years, is the heartbeat of supporting a football club in England. And most of the time it feels worthless. It didn’t, this morning.

At this exact point in time, we are too close to the event itself to be able to look upon Leicester’s achievement this season with any degree of perspective. This will only come with the distance that time provides. The 5,000/1 odds offered by bookmakers have been offered forth as if they carry some sort of fundamental truth about them, but this simply isn’t a reflection on the way that odds are calculated. Bookmakers’ odds can only be considered within the context of the overall field – in this case, all twenty clubs in the Premier League – and, for all the talk of this lengthy price, gambling companies ordinarily lose when the favourites win. Indeed, it would be unsurprising to find out that a proportion of the stories about the millions of pounds that Leicester’s unlikely win cost them were placed by public relations companies acting on their behalf. For a bookmaker, profit usually comes when an outsider wins, and there’s nothing to suggest that things should have been any different in the Premier League this season.

Historical analogies are similarly more complex than they may at first appear. There have been numerous attempts to quantify Leicester’s achievement this season through a historical lens, with Nottingham Forest in 1978 and Ipswich Town in 1962 having been offered as examples of similarly seismic shocks in the form of teams getting promoted into the top flight and immediately winning the competition. Such has been the pace of progress of the game throughout its entire history, however, that historical analogy is almost useless. Ipswich Town’s Football League Championship came largely away from the public eye, at the tail end of the lengthy period before the weekly televising of football. Nottingham Forest’s league championship came when revenues were still divided between clubs on a more collective and egalitarian basis.

It is possible to believe that Leicester City’s Premier League title of 2016 is the greatest single achievement that the English game has ever seen, and to believe that this is something that doesn’t really matter, because ultimately it shouldn’t even really have to. This is, and let there be absolutely no doubt about this, an enormous achievement on the part of everybody connected with the club. And that should be enough, on its own merits. Top flight English football is, however, now beamed live around the world, and it is this that probably marks this particular title as being different to the rest. Leicester City winning the Premier League has created worldwide news headlines, to the extent that even a Champions League semi-final match being played this evening felt like something of an afterthought in comparison with the events of the night before. It is this global audience, just as much as the amounts of money sluicing around, which gives Leicester’s triumph a resonance that is unique in the history of the game in England.

What, though, of the individuals at the heart of this story? Well, one would have to have a heart of formica not to feel joy for Claudio Ranieri, a manager who has overcome perceptions of him that were based on lazy hackery that was  more than a decade out of date to rewrite our viewpoint of him, not only as a manager, but also as a human being. As a manager, the Tinker-word was almost certainly little more than a throwaway word dropped into a press conference that, due to the vagaries of the British football press, stuck. He must surely have come to consider it an albatross around his neck. As a person, it rather feels as though the more we have come to know him, the more we have grown to like him. Most football managers are little more than blank slates from whom we take the occasional soundbite from press conferences and otherwise fill in the gaps.

This season, almost through a process of percolation, we have come to get to know more about Claudio Ranieri than we probably ever thought that we would and, in a culture in which, say, Jose Mourinho can behave as appallingly as he always seems to without considerable censure, and, once we’ve got over the cognitive dissonance of such a sight, we have come to enjoy the brief company of Ranieri on our television screens. We enjoyed his stony insistence that his team’s target for the season was forty points even though the bells that rang our for New Year’s Eve were still echoing when that tally was met. We liked the fact that, after being harshly sacked from Chelsea in 2004 – let’s not forget that his team was beaten to the Premier League title by Arsenal, who went the entire league season unbeaten that year – he wrote a book, the profits from which went to the Great Ormond Street Children’s Hospital. An intelligent, funny and fundamentally decent manager winning the Premier League. Who knew that such a thing might be possible?

It is Ranieri’s team, however, that has defied the most expectations over the course of the last eight months. It is, of course, true to say that Leicester City found their rhythm in the latter stages of last season under previous manager Nigel Pearson, and it says a considerable amount for the strength of character of the players that they should have overcome the subsequent departure of Pearson and the arrival of a new manager whose character couldn’t have been much more different to that of his predecessor. This is no fairy tale of a team, of course, and here is no need for us to talk of the rest as if they are nothing but a group of Sunday league players suddenly promoted light years beyond their station in life.

This is an excellently and assiduously collected together group of outstanding athletes, and to suggest otherwise is to patronise them, somewhat. From goalkeeper Kasper Schmeichel through the likes of N’golo Kante and Wes Morgan to the PFA Player of the Year Riyad Mahrez and the ubiquitous Jamie Vardy, this Leicester City team is a group of players who seem to have all hit form at the same time, but have also played out their season with a mental fortitude that has, put simply, been greater than anybody else’s, and in an era during which all top class professional footballers can be confirmed as outstanding athletes in a physical sense, that mental strength is important. They’ve kept it simple, played to their strengths, and they’ve been just about unplayable as a result.

Over the last couple of days, there has been an amnesty amongst journalists and writers on social media with regard to owning up to how wrong they – we, if I include myself in this, because I was just as wrong as everybody else about the team’s chances – all were in our pre-season predictions. It’s an amnesty that has been largely accepted by supporters too, most likely because the majority of all of us – including, most likely those who were fortunate enough to put a couple of pounds on them to win the league before the start of the season; such bets are usually formulated with the heart rather than the head – were hopelessly wrong about this. There were certainly a few people – plenty of people – who tipped Leicester to avoid relegation, and some who predicted mid-table anonymity for them, and most – even those who didn’t necessarily believe that they would stay up – commented on how likeable Claudio Ranieri is.

Perhaps this tacit admission that none of us really know anything, that we’re ultimately stabbing in the dark with our confident predictions, will make the Premier League a nicer place to be around next season. Stranger things have happened, and Leicester City winning the Premier League is most definitely one of them. And we should savour this moment for what it is. There is no need to turn it into something it isn’t. It’s a victory for the ages, a season that tens of thousands of people in one Midlands city that has never previously been over-burdened by footballing success before might never have dreamed that they would see and will surely never forget. It may not be the beginning of a new, more egalitarian order in English football, but it’s a sign that such a thing may be possible, and that in itself is more than the overwhelming majority of us would have expected last August. Hope springs eternal, and Leicester City’s performance this season has given all of us exactly that.

Last week’s 200% Podcast was on the subject of Leicester City. You can listen to it by clicking here.

The Ryman League Reaches Its Denouement 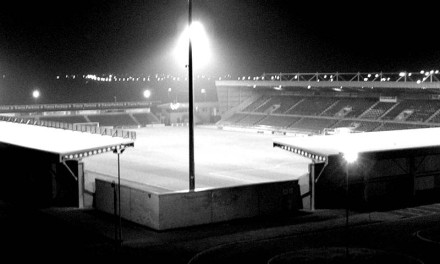