Now That Rangers Are Saved

The “Blue Knights”? Really?? I don’t suppose Rangers fans who are backing former director Paul Murray’s bid for the club care about how ridiculous his consortium’s media moniker sounds, now that Rangers are saved. At least they won’t care, as long as Murray and the various Rangers supporters’ groups attached to his bid are more successful at ousting current owner Craig Whyte than the “Red Knights,” after whom they are presumably named, were at ridding Manchester United of the turbulent Glazers.

The whopping pay-cuts which saved Rangers revealed in the starkest terms the distance behind English football to which the Scottish game has fallen. Rangers, Scotland’s biggest, most successful club, were overpaying their players by multiples. Yet, even though they were that far beyond-their-means, they were losing battles for players with English second-tier clubs. So when Scottish FA CEO Stewart Regan talked of “disaster” if Rangers fell, he rather overlooked the fact that, financially anyway, Scottish club football already IS a disaster. But now that Rangers are saved, such matters are less important again.

There were sighs of relief throughout the Scottish game when the pay cuts were agreed. Rangers will now survive until the end of the season, which has given bidders time to gather their resources in an attempt to make Rangers what it was before Craig Whyte intervened. Joint administrators Dave Clark and Paul Whitehouse (or is it the other way around?) were gratified by the quick response of so many capable interested parties to their call for expressions of interest. They must have been especially pleased to see Murray, what with his extensive, personal and recent experience of running Rangers, even if Paul Clark complained to BBC Scotland’s Alasdair Lamont on March 8th, about negotiating by “speaking to the media” rather than “speaking to us, which is the proper route” (Murray wasn’t named but no-one else had a regular media presence).

And the “Blue Knights” are not just ultra-rich businessmen looking to get ultra-richer. The consortium includes Ticketus, the firm that bought 100,339 Rangers’ season-tickets for this and the next three seasons and is in dispute with the… er… administrators… about the legal status of that purchase. The consortium also involves Rangers supporters’ groups, the Assembly, Association and Trust, who did so much to highlight and oppose the club’s financial mismanagement over recent seasons. The Trust summed things up succinctly: “We have been waiting for a plan to clear up the mess left by Craig Whyte.” Indeed, they were waiting for this plan long before Whyte was ever heard of in football. And their long wait is over, now that Rangers are saved.

Fortunately for bidders wishing to fulfil the administrators’ stated objective to have “a new owner installed… before the end of the season,” the findings of the tax tribunal’s investigations into Rangers’ Employee Benefit Trust scheme will not affect any sale process. Indeed, now that Rangers are saved, the “big tax case”, as we all now know it, is a “red herring.” Clark also told the BBC, “there will be a compromise or some scheme or deal put in place to settle that.” This, of course, is taxpayers (i.e. our) money Clark is negotiating away… by “speaking to the media,” although, of course, there may be no liability.

However, the “Blue Knights” believe they can buy Rangers “in a couple of weeks” or at least deliver “some certainty about the future before next weekend’s Old Firm game.” If those dreams come true, they could be owners before the Tribunal publishes its result. This would mean the Knights negotiating repayment of the whole liability, rather than offer the usual pennies-in-the-pound deal unsecured creditors receive under Company “Voluntary” Arrangements to exit administration. But that’s fine, now that Rangers are saved. And anyway, Murray said when the Knights formally submitted their bid: “we’re ready to go; we have the finances in place.” So they must already know the extent of any future tax liability, or they will pay any bill that emerges, regardless of size. What other reasons could there be for such confidence?

Almost every day last week brought another big name out in support of the Knights. These included respected figures such as ex-manager Walter Smith, and other figures including ex-chairman Alastair Johnson and ex-non-executive director (NED) Dave King. King even pledged to invest £20m. According to his honest, agenda-free 1200-word statement published last week, King is claiming £20m “on the basis of non-disclosure by the then-chairman David Murray of Rangers’ true financial position as far back as 2000.” And “any benefit from my claim will be fully re-invested in the restructured football club.” (He also claimed “other shareholders may wish to take similar action…the merits (of which) will be dealt with in due course in the appropriate forum” – a potentially incendiary revelation rather submerged by the “liquidation is inevitable” headlines his statement attracted… unless the “appropriate forum” is the Daily Record newspaper).

He interviewed everyone of note, except David Murray (“purposely”) for his statement – exactly the scrutiny required of a non-executive director, to prevent a descent into crisis… or, you might think, to prevent being misled about company finances “as far back as 2000.” A good job, then, that King has been a NED for so long, now that Rangers are saved. King also refused to invest until various personal financial issues are sorted out to the satisfaction of the Scottish FA. Indeed, “I have taken it upon myself to approach the SFA…in advance of considering an increased role in the club…and will be guided by their response,” which is nice of him. South Africa’s tax authorities are after him for £250m. So, some have cheekily suggested, they might not be over-happy to see King direct an eight-figure sum to Rangers. The cheekier still might regard this area of tax expertise as a vital source of advice for Rangers in the near future. Either way, King won’t be investing just now.

Of course a court order legally precludes him from various business activities in Scotland, including – to pick an example purely at random – part-funding football club takeovers. But King is withholding investment because such orders “have no impact whatsoever.” And now that Rangers are saved, he may even say why that is. However, a nagging question remains, even now that Rangers are saved. Is the Scottish media’s coverage misguided, ill-informed, or just ignorant? Unlike some bloggers, I cannot believe that Scottish football journalism entirely lacks talent.

And then I’m reminded of the studio discussion on Sky Sports after Rangers lost 1-0 at Celtic in January. The accepted wisdom was that Rangers needed to keep talented striker Nikica Jelavic and buy him some support. Manager Ally McCoist was properly circumspect in his comments, not wishing to negotiate salary budgets through the media. But Sky pundit Neil McCann, a Rangers ex-player and a calm, insightful studio presence, was unequivocal about the need for investment. Was even the bright McCann so unaware of Rangers’ financial realities? Fortunately, the “Blue Knights” can put Rangers’ fans at ease. A board of rich business people – property developers, hedge fund managers and venture capitalists among them – looks set to shape Rangers future. And what could go wrong with a line-up like that, especially now that Rangers are saved? 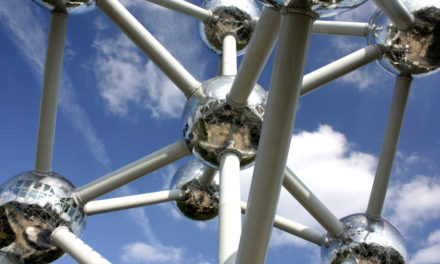 The 2018 World Cup: A European Adventure