“Ever get the feeling you’ve been cheated?” was the rhetorical question asked by John Lydon to the audience at the end of what turned out to be The Sex Pistols’ last show, at the Winterland in SanFrancisco in 1978. If only football club owners were as candid. This week, though, Peter Trembling slunk away from Meadow Lane with a press statement that gave away little about his actual role in what has been going on at the club during his time there, but there it now seems likely that the truth will out. At this stage, it feels as if it is now a matter of the new owners going through the books and revealing the extent of the mismanagement of Notts County Football Club over the last six or seven months or so.

There have already been a couple of articles printed in the press on the subject of just how wretched the situation has become at the club over the last few months, and we don’t know whether everything that is to be said on the subject has come into the public domain yet. What we know for certain is that Munto Finance was a mirage – a vehicle, effectively, for something else altogether – and that the promises made to Notts County supporters last summer were built entirely upon sand. What is only now starting to become apparent, though, is the extent to which the club was being asset-stripped, with the impression constantly being given that the money was just about to be put in, and the extent to which everybody seems to have been being hoodwinked.

There are probably some red-faced Notts supporters this morning, all the more so considering Sven Goran Eriksson’s first choice of post-Munto interviewer – The Guardian’s Matt Scott. The irony is marked for anyone that has been keeping a close eye on this story over the last few months or so. Scott was, for the entire duration of the Munto months, the primary bête noire of those that had fallen for the conmen’s charm. He was accused of having been following an agenda and of telling lies for the purposes of creating news (his critics never did successfully suggest why a journalist with no connections with Nottingham would suddenly decide on – and still less get editorial approval to publish – a vendetta against a League Two club). Yet Eriksson chose him, for this first interview. Reward, possibly, for a job well done.

There are parts of the interview that start to sound like a James Bond film scripted by the writers of the “Carry On” films. At one stage, Eriksson flew out to North Korea – a country practically bankrupted by years of sanctions – with Nathan Willett and Russell King (whose continuing involvement in the club was repeatedly denied by a club eager to pass the Fit & Proper Persons Test) for a meeting at which share certificates in the phantom company Swiss Commodity Holdings were thrown around like confetti. His attempts to negotiate with a clearly unhappy Sol Campbell were nipped in the bud when Campbell left halfway through a training session just after his only appearance for the club. The impression that Eriksson gives is of someone more than slightly embarrassed by what has happened and the fact that he allowed himself to be taken in by it all.

Meanwhile, Ray Trew has had a look at the books and appears less than impressed by what he has seen so far. An article in this morning’s Daily Telegraph describes “some individual footballers earning over £1m a year” (which would indicate that the likes of Kasper Schmeichel may even be earning more that the £15,000 per week which was believed to be the uppoer limit of what he may have been being paid), “masseurs coming out of their ears” and, intriguingly, some adminstrative staff earning as much as £65,000 per year. No wonder there were so few prepared to question it all. The club seems to have been turned into a gravy train very quickly. The players that Notts County couldn’t really afford to pay for all along will most likely be released as and when they can.

In the meantime, Notts County supporters are left utterly stranded. They have to keep their fingers crossed that the new owners will behave themselves. They gave up their say on the matter when they gave control of the club to Munto during the summer. The Supporters Trust at Notts County is fatally holed in its current constituency, but this need not be a permanent state of affairs. The whole point of supporter democracy is that the trust board, if incompetent, can be replaced. Whether there is any thirst for this to happen, however, is moot. In the meantime, normal service will resume over the fullness of time. And it’s only fair to leave the final word on the matter to David Conn of The Guardian. He included a chapter on Notts in his 2004 book “The Beautiful Game?”, and his closing paragraph about them ended up being more prophetic than anyone could possibly have imagined at the time.

Perhaps after all they’ve been through, Notts County will know themselves more thoroughly now, understand their limitations, the junior club in a small city, and realise that their job is firstly to ensure they survive, extend their record-breaking history, run themselves properly, openly, with genuine people in charge, who care about the club. Be committed to living within their means, and grow not by gambling with money they haven’t got, but by weaving more fans into the club and reaching out to the community. Aim for success realistically, not sink into the red to chase it, all the way, maybe, campaigning for a fairer share of money through football. Perhaps all this trauma was for a reason, showing those in charge a better way, and all the lessons will be learned. Or, on the other hand, maybe they won’t. 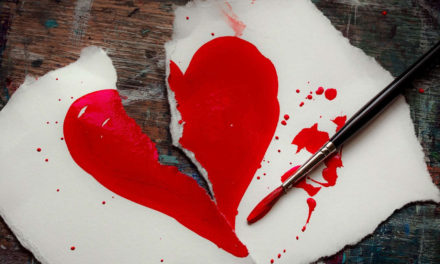 Aleksander Ceferin: The UEFA President Who Wasn’t There