On the 3rd May 2008, Nottingham Forest hosted Yeovil Town at The City Ground for their last league match of the season. Swansea City had already won the League One title for that season, but there were three teams chasing the other automatic promotion place. Doncaster Rovers started the day in second place in the table, with Nottingham Forest in third and Carlisle United in fourth, but it was a day that ended in celebration for Forest. Doncaster lost at Cheltenham Town and Carlisle United could only draw at home against Bournemouth. In front of a crowd of 28,500 people, though, Forest raced to a 3-1 half-time lead before holding on to win promotion back into the Championship with a 3-2 win. They were back in the second tier, after having spent three of the previous four seasons away.

Thirteen years on, Forest are still a Championship club, a record for unbroken membership of English football’s most chaotic division which they share with local rivals Derby County. Considerable attention has been paid to the plight of Derby over the course of the last couple of years ago, such is the soap opera that the club has become, but with four games of the new season now completed it’s Forest who are looking up at the rest of the division, after a defeat at Stoke City left them still searching for their first league point this season. The pressure is obviously mounting on manager Chris Hughton, but to what extent is these problems are more structural than managerial may be open to debate.

First off, though, a couple of statistics. Since returning into the Championship 13 years ago, Nottingham Forest have had 21 managers including a couple of caretakers and two Billy Davieses). If you count back the previous 21 managers from Colin Calderwood (who took Forest up in 2008 and, as now seems to have become conventional, was sacked before the end of the calendar year), you arrive at Noel Watson, who was appointed as the Forest manager in August 1931. It’s true to say that the nature of managing a football club has changed considerably over the years, but even taking this into account 21 managers in 13 years versus 21 managers in 90 years doesn’t speak volumes for the levels of stability behind the scenes at the club over the current period.

Chris Hughton was appointed as the Forest manager last October, after Sabri Lamouchi, who took the club to its highest league position in almost a decade in 2020 and became the first Forest manager to complete a full season with the club since the first coming of Billy Davies, in 2011. Hughton was, of course, the ‘sensible’ choice. At Newcastle United, he took the club into the Premier League. At Birmingham City, he took the team into the Championship play-offs. At Norwich City, he took the team to 11th place in the Premier League. At Brighton, he took the club into the Premier League. Hughton’s hasn’t been a flawless managerial career, but he’s achieved something in each of his previous managerial roles, and goodness knows Nottingham Forest, after thirteen years of stagnation and occasional flirtations with crisis, need to achieve something.

At the time of his appointment, Forest had played four Championship games in the 2020/21 season and had lost the lot. The team’s performance improved from that dreadful start – it would have been more or less impossible not to improve on a 100% losing record – but by the end of the season the team only finished in 17th place in the Championship, nine points above the relegation places. The team had been reasonably solidly defensively, conceding just 45 goals in their 46 league matches, but (and this is a familiar criticism when it comes to Hughton teams) they’d also looked somewhat inert in attack. They scored just 37 league goals in those 46 matches last season, only one more than Derby County, who scored the least in the entire division.

This summer brought changes behind the scenes at The City Ground. Dane Murphy arrived as the club’s new CEO from Barnsley, replacing the hapless Ioannis Vrentzos, who remains on the club’s board. Murphy was joined by Taymour Roushdi, who’d been his Club Secretary at Oakwell.  George Syrianos, who’d been highly thought of in his position at former club VfB Stuttgart, joined as the club’s new Head of Analytics. It all hinted at an attempt to move towards a more considered approach towards player recruitment than the club’s previous somewhat scattergun approach of previous years. Eight players have been released over the course of the summer, while new arrivals at the club have been from the more modest end of the transfer market spectrum.

Compare this with last year, when 15 new players arrived despite having just finished in 7th place in the table, just outside the play-off places. After another year of matches with fans barred from entering, it should come as little surprise that this has been the case. The transfer market is flat at a pretty much global level at the moment. Clubs with considerably greater revenue streams than Nottingham Forest have had to tighten their purse-strings during this transfer window. Considering the way in which Forest have spent their money in recent years, fans might even be forgiven for wondering whether external forces might have saved the club from itself a little, this summer.

This season’s performances, however, have done little to quell the idea that this might turn out to be another underwhelming season for Nottingham Forest. At the end of their first match at Coventry City, it was easy enough to get caught up in the idea that Forest had been set for a pratfall, that day. Coventry, after all all, were playing their first match back at home after two years in exile at Birmingham City, and Coventry required a goal six minutes into stoppage-time to secure that win. Their second defeat was against Bournemouth, whose Premier League parachute money renders them among the favourites to get promoted this season. Blackburn needed a goal four minutes from time to win at The City Ground last week. Stoke City, who beat them yesterday, have only dropped two points from their four matches so far.

This viewpoint might be considered a little rose-tinted, of course, but there will be some of the opinion that The City Ground needs a little optimism, considering the harsh reality of the league table at present and the descent of an all too familiar cloud back over the club’s support since the start of the season. The flip-side to this, though, however, is that this poor start to the season doesn’t live in splendid isolation. It’s now been 46 league games since Chris Hughton took charge of the club, and he’s only won 12 of those 46 matches. That, whichever way you want to spin it, looks very much relegation form.

The problem is that none of the options available to the club look particularly appealing. Sacking Hughton might well be cathartic, but it means that the managerial merry-go-round continues for another term, with all of its attendant costs and risks. Yet again, a squad of players will have been put together for someone who isn’t there any more, with his replacement having to inherit a squad of players not of their choosing and go through another rebuild – if they can afford another one – in order to stamp their personality upon the team. It’s expensive (Hughton is contracted for another 13 months, so that would have to be paid up in the event of him being fired before anything else) and, as Nottingham Forest supporters fully know themselves from years of experience, it’s far from guaranteed to work.

But then again, when something isn’t working out, how long is it healthy to continue? The football world’s tolerance for not winning matches has shrunk immeasurably, over the years. If the summer appointment of a Head of Analytics from the Bundesliga was a nod towards the modern way of doing things (most likely with one eye on Brentford’s progress into the Premier League), then that policy needs to be seen through to its completion, with a manager who’s fully onboard with it and players that meet a clearly defined system. It would require patience, intelligence, and strong strategic thinking. Oh well. 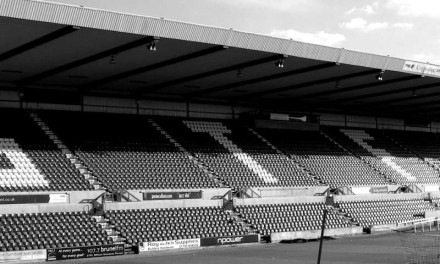