The National League Plummets Into Chaos

Everybody’s under pressure at the moment. Everybody’s feeling it. Mistakes will be made, tempers will flare, and people will be selfish. Some mistakes, however, have greater ramifications than others, and the apparent failure of anybody to record in writing an apparent promise made by the Department for Culture, Media & Sport that the second tranche of funding to the National League this season would be in the form of grants rather than loans is having greater ramifications than most.

Clubs played through to last month in the apparent belief that this would be the case. The first tranche of £10m came from the National Lottery and allowed the season to start. This money could only support clubs until the end of last year, though, and the row over whether the second tranche should be in grants or loans has now dragged out to the second week in February. The DCMS states flatly that it has always been low interest-bearing loans rather than grants.

There are further complications, too. Clubs are split over whether the season should continue or just voided. Putting matches on, travelling to matches, being a football club… costs money, and clubs cannot run on fumes forever. The public arena has become a free-for-all of different opinions, potentially causing rifts at a point when these clubs need to be acting in their collective self-interest more than ever.

The National League is not absolved of responsibility in creating a toxic environment either, though. Far from it. Clubs had to submit information when the first payment was to be made, but they didn’t seem to be paid according to average attendances, as many had expected. At the extreme end of the scale, York City (average attendance during the 2019/20 season: 2,507) received £108,000 while Boreham Wood (average attendance during the 2019/20 season: 724) received £252,000. Boreham Wood are a division above York, but this still looked like a vast discrepancy, and it wasn’t the only one.

Following serious criticism of their distribution model, the League brought in a committee headed by Lord David Bernstein to review it. The report was completed and returned to the League, but they have not made the results public and this led to a stinging open letter on the 22nd December from Bernstein, outlining the committee’s disappointment at the fact that Brian Barwick, the chair of the National League, had not made their findings public by that point. Their view was that:

More than six weeks on, the report still hasn’t been made public. Small wonder few trust the National League very much, at the moment. Meanwhile, in an attempt to cross this multitude of divides and with clubs threatening to refuse to play matches because the money had run out, the league suspended itself for two weeks. On Monday, though, the National League issued a statement clarifying how the voting will work, in 28 days time. Take a deep breath.

There are four Resolutions that may be voted upon, though it’s not as simple as the clubs voting four times. Resolution 1 will see all 66 clubs vote on whether they want their vote to count towards their individual step (Step one or Step Two) or across the three divisions as a whole. Each National League club gets a vote while the combined National League North and South get just four votes each. This resolution requires a 75% majority in order to pass.

If this happens, Resolutions 2 and 3 come into effect. Resolution 2 only applies to National League clubs and whether they want their season to end and be declared null and void at the end of February. Resolution 3 is the same for the North and South divisions, and both require a 50% majority vote in order to pass.

If Resolution 1 fails to get a 75% majority (meaning that clubs across all three divisions will vote as a collective), Resolution 4 will come into play instead of Resolutions 2 and 3. This Resolution is a vote to end all three National League divisions simultaneously, and it requires a 50% majority in order to pass. However, like Resolution 1, this vote will be weighted in favour of the top division’s clubs. There are, in total, six different resolutions that could be reached from these votes:

Clear now? No, me either.

Two days later, 17 clubs from the North and South divisions issued a joint statement saying that they would restart their seasons “…only when both clubs participating in a fixture are in agreement and when there is a fully-funded COVID testing regime in place, as both the National League and its member clubs have a duty of care for the safety of players and staff.” With the vote being 28 days away, what’s the point in running up the costs of playing seven or eight matches which might well turn out to be futile exercises, should the season end up being voided?

This, then, is a catastrophe from which few of those in charge emerge with a great deal of credit. The list of charges against the National League is not inconsiderable. Since the summer, they have:

Regarding the clubs themselves, it’s hardly surprising that self-interest (some may choose to call this ‘self-preservation’) has kicked in. A good number of clubs believe that loans from the government would financially enfeeble them. Other clubs, particularly those near the top of the National League, may spy an opportunity. With other clubs in their division financially weakened, a place in the EFL and a seven figure windfall might be easier to achieve. It’s not difficult to see the fault lines upon which this is all built, but those clubs could reasonably argue that they’re acting in their own self-preservation in thinking this way.

There is no reason, meanwhile, to believe that the clubs who are calling for the season to be voided and who are refusing to play matches are doing so in bad faith. It is important to understand that this is a crisis like no other in the history of non-league football. The joint statement issued by clubs last week ended with a message that was stark in its simplicity: “We must finish the season with all 66 clubs in existence.” There really is little time left for further procrastination, when the future of the top end of the non-league game is at stake.

But for all of this, it still feel as though the descent into chaos has only just begun. What happens if the biggest clubs shoulder-barge through a vote for everybody to finish the season, which leaves a number of clubs unable to fulfil fixtures? Mass expulsions? Mass points deductions? Mass insolvencies? And how quickly is this going to be resolved? It’s now the second week in February and these clubs have had practically no income since the turnstiles were closed again, a couple of months ago. For how much longer can this be dragged out?

Nothing is out of the question right now, apart from, it would regrettably seem, competent leadership. The National League’s entire infrastructure doesn’t appear fit for purpose, its senior members’ behaviour a queasy mixture of obsequious, high-handed, and shifty, its voting processes hopelessly lop-sided in favour of its top division. When this is over and done with, it needs to be gutted and completely restructured from the bottom up. That however, is for another day. For now, it will take uncharacteristic clarity of thought and magnanimity for all of the National League’s clubs to come through this unscathed. But that doesn’t mean that it can’t happen. At this late stage, all we can do is hope for several simultaneous outbreaks of empathy and common sense. 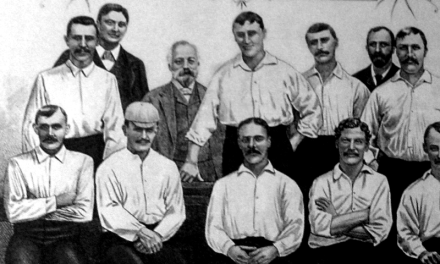