Minus Twenty-Five For Chester?

Never let it be said that the FA and Football Conference never help out member clubs. If a story in this morning’s Liverpool Daily Post is to be believed, the beleagured Blue Square Premier club Chester City seem set to start this season, albeit with a twenty-five point deduction. Such a punative deduction will almost certainly mean that the 2009/10 season is another season of struggle for Chester, and likely relegation to the Blue Square North. What would happen to the club next would be anybody’s guess. For now, though, the Conference has spared itself it’s biggest nightmare – all twenty-four member clubs will at least start the new season.

The alternative for the FA and the Football Conference would have been a refusal to allow Chester to start the new season, which would have almost certainly led to the closure of the club. This follows the initial refusal of the FA to allow the club a license to play this season (which led to the cancellation of all of their pre-season friendly matches) and a challenge to the club’s CVA by Her Majesty’s Revenues and Customs, which was upheld in court a couple of weeks ago. This situation remains unresolved – Chester City Football Club remains legally insolvent.

The news is being met with a mixture of relief and anger by the club’s put-upon supporters. On the one hand, the sense of relief is obvious. The overwhelming majority of football supporters simply want to watch their club play, and their ultimate nightmare would have been for there not to be a Chester City to support. On the other hand, the feeling of anger is also understandable. Relegated from the Football League and now staring down the barrel of a second successive relegation, it is fair to ask how exactly they have benefitted from this series of events. The answer to that question is, of course, that none of the actions taken over the last few months at The Deva Stadium have been taken with their interests in mind.

What, then is the immediate prognosis for the club? On the pitch, it looks pretty grim. Based on last season, they would need to win sixty-nine points in order to avoid the relegation. Based on the 2007/08 season, the news is a little better – sixty-seven points would be enough to keep them up. Based on the 2006/07 season, though they would need seventy-seven points in order to avoid relegation. This would be a tall enough order if it weren’t for the financial pickle in which they find themselves. How will the club be able to attract players to a club which has no chance at all of promotion and is sentenced to a relegation battle before a ball is kicked? “Money” is usually the answer to that question, but Chester don’t have any of that. At least, that’s the received wisdom on their financial position.

The other question relating to their immediate position is how they can list the town to get behind the team. In Luton, a massive points deduction brought out the latent support, but Chester may prove to be a different matter. The city of Chester has long been held to be somewhat apathetic towards its own football club. There are a wealth of other footballing options in the immediate vicinity of Chester, from the Merseyside and Manchester giants down to clubs of  similar size to Chester and smaller. In such a competitive marketplace, what is the justification for the floating voter to fall in behind Stephen Vaughan and the chaos at The Deva Stadium?

For now, though, the speculation continues. The decision on whether the club would be allowed to start the season was delayed by forty-eight hours on Monday, and nothing official was forthcoming last night either. There are, of course, several different ways in which these delays could be interpreted, but few of them give much cause for optimism. The best that one can say about this is that the delay indicates that all sides are doing everything that they can to reach an agreement that allows the club to start the season. This, in turn, raises some uncomfortable questions for the FA and the Football Conference: considering everything that has happened at the club over the last six months or so – the transfer of ownership into someone else’s name, the CVA being challenged by HMRC and the challenge being upheld, the club’s seemingly perpetually crippled status – what exactly will it take for the authorities to draw a line in the sand, say “you are bringing the entire game int0 disrepute” and expel a club?

This question isn’t meant as criticism of Chester City Football Club. Detractors of the non-league game point towards the seemingly perpetual financial crisis engulfing some of its clubs for ammunition, but the game’s authorities have a responsibility here, as well. To an extent, they have been back into a corner with regards to Chester. The timing of the events there over the summer meant that there was no opportunity for the supporters to start a new club and no opportunity for the Football Conference to rejig its constituent members so that Chester City could be ejected. However, should Chester City start the new season (and, further down the line, should they avoid relegation and the club get a CVA which sentences HMRC and their suppliers to a fraction of what they are actually owed – in other words, if Vaughan somehow wins), what message will have been sent out to those within the game and outside of it but looking in?

It is difficult to escape the conclusion that it suits everyone’s vested interests for Chester City to start the new season. The Football Conference gets the twenty-four club league that it wants, the supporters get a team to support, the owners get another chance to push through the CVA that they want, and this is what will guide the decision that is made regarding their future. To an extent, the damage to the reputation of the non-league game has already been done. Another sticking plaster is applied, and everybody is happy – until, that is, the next Chester City comes along and the same thing happens again. For Chester’s supporters, another season is likely to start at Grays Athletic on Saturday with Vaughan still pulling the strings and events as far from their control as they ever have been. Perhaps the time has come for them to start considering a somewhat unpalatable question – what, exactly, is it that they are supporting? 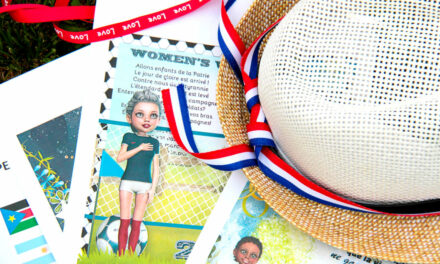 Rangers FC & The Self-Importance Of Being Sandy

Voices of Football: Gerry Harrison, The Beast From the East