We live in strange and occasionally dangerous times. The murder of a man in Woolwich yesterday afternoon was obviously a sickening event but the aftermath of such an incident is a time for cool heads, and much of the reaction of the political far right last night, namely in this case the self-defined “English Defence League,” reeked of the sort of opportunism that extremist fringe groups such as this thrive upon.  They want us to be polarised, to feel as if we have to nail a flag to one of two masts in order that they can justify their fight. It is up to those of us that make up the majority to reject both extremes, and to show them up for the tiny minorities that they are.

You may well be wondering what this has to do with football. The answer to this is that we expect people involved in the game – clubs, officials and players especially – to occupy that middle or other ground and to represent their clubs in a manner which is inclusive and treats the name of that club with the respect that it deserves, and that applies to all footballers, no matter the level of the game at which they play. Shaun Tuck plays, for the time being, for Witton Albion of the Northern Premier League. Four and a half years ago, he received a written warning from the Football Association regarding his behaviour and was verbally warned by the police whilst playing for another Northern Premier League club, Marine, along with another player, John Lawless, who was sacked by the club over his behaviour during a match against FC United of Manchester.

Tuck, however, appears not be able to help himself in certain aspects of his behaviour and last night he posted a significant number of messages on Twitter, including some to the leadership of the English Defence League, whilst also proffering his thoughts on the subject of Islam as as religion. We reproduce them here, and ask you to bear in mind that, however offensive both the language and opinions contained within them is, they are merely a reproduction of what this player, who represents a football club and a community, was saying in public yesterday evening:

In another country we would be tortured an our families too!!.. We just get on with it, its fucking wrong!! Burn every single one of them.

I think its time for a RIOT!! Fucking horrible terrorist cunts… Can see house doors going in by mine tonight #20strong #armed & dangerous.

The B.N.P would sort this country out!! They get my vote every year… Make your own opinion of me, I stick up for my own #smellycunts

A lot of people on here sit on the fence!! But say everything I do behind closed doors… Shit houses you are. Just like the terrorists.

All the mosque’s in england now should be bombed or gassed out!!!… Or stormed by 50 lads machettes, swords the lot. An make a statement

Am raging in me loft here yno… Got the balaclava out, dusted down an ready for the meet.

I’d be going through there door mate an taking there kids head off an killing whoever was in site!!

To top it off… There in hospital getting treated for there injuries!! Did that soldier get treatment?? Let the smelly cunts die.

the @Official_EDL are in woolwich now!! What I’d give to be there with them now #flop #flop #flop #curryheadseverywhere

@EDLTrobinson massive fan of yours tommy!! Any chance of a re-tweet?? Keep up the good work #EDL

Perhaps the biggest irony of this is that Tuck’s employers, Witton Albion, renamed their Wincham Park ground as “The Help For Heroes Stadium” last year in order to provide charity support for the charity formed to help service men and women injured whilst on active service for the British army. It has been reported that the victim of yesterday’s attack was wearing a “Help For Heroes” t-shirt at the time of this tragedy, but it is to be be hoped – indeed, we should expect, in all honesty – that this charity would seek to distance itself as far from possible from the sort of attempted mob rule seen in Woolwich last night, as well as other apparently racially motivated attacks on mosques in other parts of England last night.

A statement is expected from the club this afternoon. Tuck, meanwhile, didn’t seem to have picked up on the error of his ways in spite of being warned, albeit apparently in jest, by another former team-mate, Adam Farley, to “keep your head and don’t do anything silly”, retweeting a racist joke, whilst another Witton player, Danny Andrews, had his own comment on the subject, calling FC United of Manchester supporters who had objected to Tuck’s language last night “wankers” and “inbreds.” The Football Association have  guidelines for professional players regarding the use of social media following a spate of unsavoury incidents involving players over the last couple of seasons or so. We will have to wait and see whether there is any further fall-out from this particularly miserable episode.

It should go without saying that yesterday’s events in London were a tragedy, and it would be remiss of us to not to remind ourselves of this. However reaction of the far right last night should serve as a reminder that there are individuals and groups who are champing at the bit to impress their prejudices and hatred upon the rest of us, and these people, and their supporters, must continue to be marginalised. Football clubs at all levels of the game have a responsibility to ensure that their employees represent their club in the way in which they wish to be perceived in the community at large. Shaun Tuck has had his say, and it is now over to Witton Albion Football Club to have their say on the matter, and Tuck will likely have to answer to them for the nature of the language that he has been using on social media of late. It is a harsh lesson, and one that he may well end up learning the hard way. 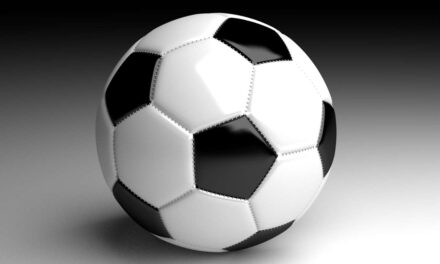 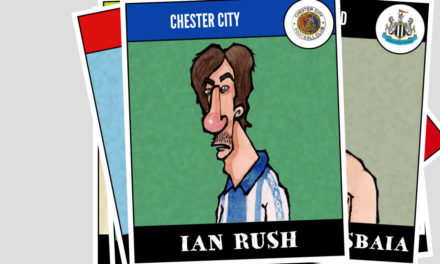