So, the “poppy season” and the wearing mass-debate about (not) wearing poppies is over for a… few weeks.

Of course, a poppy “season” defies logic; a commemoration with origins in one specific minute of one specific hour on one specific day in one specific month which, Christmas-like, seems to start earlier every year, thanks to increasing militarism, virtue-signalling and the idea that ‘bigger-means-better’; compare Manchester United’s 25th and 50th anniversaries commemorations of the 1958 Munich air disaster.

The logical progression of this was the garishly-gargantuan poppy on the pitch before Remembrance Sunday’s Manchester derby at the Etihad Stadium and the poignant, haunting list on the big screens of City’s war fallen. However, one poppy season tradition sounded mercifully absent. If anyone booed United midfielder Nemanja Matic on Sunday, it was more likely to be for his atrocious defending for City’s third, clinching goal than for his poppy-less shirt.

Matic’s stance (the poppy one, not his stance while Ilkay Gundogan nipped past him to score) initially garnered some of the vitriol meted out to Irish international James McClean since 2012 (two years after poppied football shirts became a Premier League norm) for the same stance. But the differing scales of vitriol seemed to quantify to what extent ‘other reasons’ were at play.

This was Matic’s first poppy-less season. He posted his reasoning on Instagram, having stirred keyboard warriors into mis-spelling various tirades by going poppy-less at Bournemouth on 3rd November: “For me (the poppy) is only a reminder of an attack that I felt personally as a young, frightened 12-year-old boy living in Vrelo, as my country was devastated by the bombing of Serbia in 1999.”

Matic determined not to offend or “undermine the poppy as a symbol of pride within Britain.” He recognised “why people wear” them, respected “everyone’s right to do so,” and offered “total sympathy for anyone who has lost loved ones due to conflict.” He acknowledged that he wore poppies previously but “we are all a product of our own upbringing…on reflection I now don’t feel it is right for me.” And he “hoped…everyone understands my reasons now that I have explained them.”

It was a forlorn hope in respect of fans who would “drop him” so he would “never play gor utd again #nosurrender” and believed that “British involvement in Kosovo” was “no excuse” as it had “nothing to do with remembering those who gave they life in 2 World Wars. #DISGRACE.”

But it worked generally. And while Matic’s poppy-less shirt had Sky commentator Martin Tyler sanctimoniously preaching about those who ‘gave’ their lives to allow Matic such ‘freedom,’ Sky’s effects mics picked up little from the crowd, City fans giving out inadvisable “oles” with half-an-hour left, United fans pondering the creative deficit in a Matic/Herrera/Fellaini midfield trio.

However, McClean received the usual sh*te from opposition fans. And, this season, fans of his own club, Stoke City, joined in, sending death threats to his family and “abusive packages” to him at Stoke’s training ground. Indeed, his manager Gary Rowett was moved by the “stuff” McClean had “been sent in the post which I’ve seen recently from fans,” to tell the Stoke Sentinel newspaper that he could “understand in a way why he reacts.”

McClean reacted on Instagram to the torrents of abuse from Stoke fans by the players’ tunnel as he left the pitch after the recent 0-0 home draw with Middlesbrough. While thanking fans “that are actually educated and support me,” he condemned the “uneducated cavemen” who “sing their anti-Irish song each game and call me a fenian this and that. I am a PROUD FENIAN, no c**t will ever change that, so sing away.”

National press-published footage of the abuse was bleeped into virtual Morse Code. But McClean was “dealt with under the terms of the club’s disciplinary procedure” (although Stoke didn’t say if there was any punishment) for HIS one-swearie post, the FA mumbled something about investigating him for that swearie and the fans’ epithets attracted no such formal attention.

There has been a reluctance to address the differing response to Matic and McClean. To her credit, Kelly Welles asked the key question in a New Statesman magazine article Footballers have a right to dissent from the poppy narrative: “Most fans seem to have accepted (Matic’s) reasons and moved on. So why is James McClean still receiving hate parcels?” But she bottled the answer, citing McClean’s “pride in his nationality,” but thinking it “far more likely that Matic’s statement was accepted because of its tone, far less confrontational than McClean’s and arguably more conscious of fans’ sensibilities.”

This was true of his Instagram response. But his statement last month, the proper comparator, read: “Many people won’t agree with my decision or even attempt to gain an understanding of why I don’t wear a poppy. I accept that but I would ask people to be respectful of the choice I have made, just as I’m respectful of people who do choose to wear a poppy,” Pretty much identical to Matic’s “tone,” yet few, if any, fans “accepted (McClean’s) reasons and moved on.”

And three years ago, after three years’ abuse, McClean said: “People say I am being disrespectful but don’t ask why I choose not to wear it. If the poppy was simply about World War One and Two victims, I’d wear it without a problem… every day of the year. (But) it stands for all the conflicts that Britain has been involved in. Because of the history where I come from in Derry (referring to ‘Bloody Sunday, 30th January 1972), I cannot wear something that represents that.” The poppy was a “reminder of an attack,” in other words. Matic’s words.

There is another comparator. McClean’s latest abuse coincided with the latest stuff metaphorically and actually thrown at fellow proud Northern Irishman, Hibernian manager, Neil Lennon, who was felled by a coin thrown at him from the stands at the end of the “vibrant” Halloween Edinburgh derby at Tynecastle.

Lennon has received well-documented abuse throughout his Scottish football career. Bombs, bullets and death threats through the post and attacked on the Tynecastle touchline by a Hearts fan in 2011. There is no coherent evidence that the start date of all this was co-incidental. And in a post-derby press conference, Lennon gave an impassioned but structured response to the disgraceful notion, propagated in media coverage of the latest incident, that, as Partick Thistle manager and Lennon’s erstwhile Celtic team-mate Gary Caldwell opined, he “brings a lot of this on himself.”

Hearts had a stoppage-time ‘winner’ disallowed against ten-man Hibs. Having received the usual pelters from Hearts fans during the game, and seen his depleted side grab a bragging-rights-obtaining point against the then league leaders, Lennon took huge visible pleasure in ‘inviting’ the briefly-celebrating Hearts fans to “calm down.” One fan, coin-in-hand, ignored the invitation.

Lennon counter-attacked at the presser. He referenced the “Hang Neil Lennon” graffiti on a wall near Tynecastle: “That was before the game. Did I bring that on myself?” And as the attendant press pack meekly mumbled “no,” he added: “I had 15 years in England of nothing. When I signed for Celtic, there was an effigy in Lisburn, saying ‘Neil Lennon RIP.’ That’s to do with my association with Celtic and me being an Irish Catholic. There’s a big problem. And you all turn your back on it, you all laugh about it, you all brush it aside.”

And he didn’t mince one particular word: “You call it sectarianism in Scotland. I call it racism. If a black man is abused you are not just abusing the colour of his skin, you’re abusing his culture, his heritage, his background. It’s the exact same (by) people with their sense of entitlement or superiority complex. All I do is stand up for myself. I’ve been subjected to this for 18 years. I’m 47. I’m fed up with it. I keep hearing this ‘One Scotland,’ welcoming to everyone. At times, it hasn’t been the case for me.”

The analogy with McClean is incomplete, as Lennon was highlighting Scottish problems with Irish Catholics. He was asked about comments made by “your good friend” (and agent) Martin Reilly in response to Caldwell, whose statement he called “just absolute nonsense.”

Reilly said Lennon “got (abuse on his Celtic debut) when nobody knew him. How did he bring it on himself that night? Because he’s got blond hair? Because he’s a £6m player? (Its) because he’s Irish, he’s Catholic…and he signed for Celtic. He had 39 games for Northern Ireland before he came to Celtic and wasn’t abused once. As soon as he signed for Celtic, the game started.” And Lennon agreed: “100%. There’s no other way (to describe it). Everyone tries to skirt round it. That’s the basis of it.”

And that “basis” IS completely analogous with McClean. Lennon is comparable to, say, Jose Mourinho, who, even if he ‘brings’ verbal abuse upon himself, does not receive the physical abuse endured by Lennon or McClean. The poppy-less Matic and the forthright Mourinho could almost be ‘control experiments’ alongside ‘parallel experiments’ McClean and Lennon. The latter receive greater abuse for comparable behaviour. And the common difference is the temerity to be proud of their Irishness.

Inevitably among the “skirters” around this issue was the Daily Record ‘newspaper’s’ Keith Jackson. After four promising paragraphs, which even referenced “anti-Irish racists,” it was more certain than death, taxes and Donald Trump lying today that Jackson would start his fifth paragraph “But…”

He made coin-throwing and social-media trolling the issues, after Rangers striker Alfredo Morelos was struck by a 50p piece thrown by St Mirren fans as he celebrated scoring. You would search in vain for any reference by Jackson to Morelos “bringing it on himself.” And rightly so, even though he was hurtling, bug-eyed, tongue-lolling, towards the St Mirren fans at the time.

But Jackson, in his haste to fault Lennon for assuming that the Tynecastle coin-throwing was sectarian/racist, overlooked the fact that Lennon…er…didn’t. Lennon condemned the afore-mentioned graffiti as “sectarian or racist,” whether (the coin-throwing) “was sectarian-motivated or not.” In accusing Lennon of “missing the point completely,” Jackson at least displayed an undimmed sense of irony, if nothing else of sense.

Lennon calling-out anti-Irish racism was (deliberately?) timeous. On 29th October, the “Call It Out” campaign was launched in Glasgow, calling out “anti-Catholic bigotry and anti-Irish racism” in Scottish society. And some initial responses highlighted the very need for such a campaign.

Lennon would not have been struck had he not ‘celebrated’ Hearts’ disallowed goal and McClean would receive less abuse if he wore a poppy. But Lennon has, demonstrably, long-been abused for what he is, not what he does. And Matic wasn’t a ‘Serb bastard’ for not wearing a poppy.

Still, at least the “poppy season” is over… for a few weeks at least. 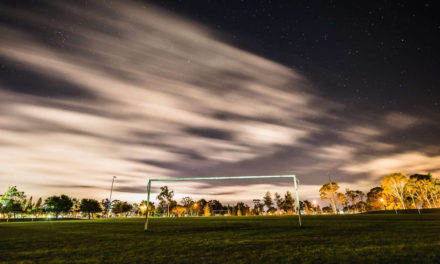 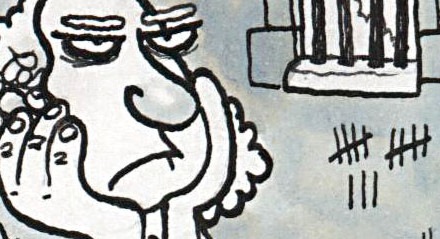 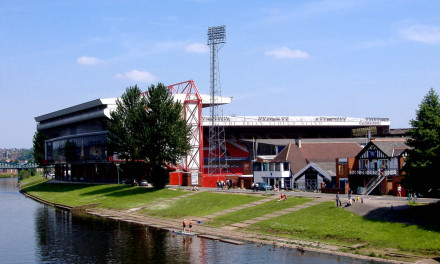 The Strange Case Of The Nottingham Forest Takeover