My GOD, Italia ’90 was crap. There’s been a recent attempt to rehabilitate the tournament on the basis of the long-term impact of England’s relative success. But I’m not about to join in. After I wondered aloud how a team as bad as West Germany were in 1982 and 1986 could reach consecutive finals (compare and contrast with the Netherlands in 1974 and 1978), along came Argentina in 1990. Bobby Charlton demanded Argentina’s expulsion from FIFA after their antics in the final. This suggested he still had issues from the 1966 quarter-final (Alf Ramsey calling them “animals” etc…). More likely, however, was that good a man though he is, xenophobia was his default option. It’s a generational thing.

But Argentina were petulant and nasty and terrible. Ireland were just terrible. And I say that as a fan who rejoiced as much as any second-generation Irishman as they marched to the quarter-finals without losing…but without winning and barely without scoring. England were mixed. The day after the goalless draw with the Netherlands, TV satire puppet show Spitting Image ran a spoof of Bobby Robson’s post-match press conference. The puppet Robson went through his usual excuses for failure while journos screamed that “No…NO…Bobby, you played quite well.”

Holland apart, they were only any good in the semi-final. I was fearful and exhilarated in equal measure as Cameroon outplayed them in the quarter-final to the point of ushering in a new world footballing order. And the games against Ireland, Egypt and Belgium were unremitting tedium for the most part. So too were Cameroon in the earlier stages. Famous late wins over Rumania and Colombia only came after eighty-minute spells where nothing happened…AT…ALL. And apart from using Claudio Caniggia’s legs as target practice, all they did in the “famous” opening win over the defending champions was “out-Argentina Argentina.” And, boy, was that ugly. The England/West Germany match was the tournament’s best, just shading West Germany/Holland – the game where Rudi Voller was sent-off for being spat at by Frank Rijkaard. Twice. My God, Italia ’90 was crap.

USA ’94 was nothing like as bad. But the games didn’t seem ‘real’ somehow. They felt more like video-game simulations than real matches. “This is actually soccer,” a friend of mine said, and I sort of knew what he meant. And Ireland were even worse than in 1990. Nigeria’s thrilling destruction of Bulgaria suggested another new world order was dawning. Not even John Fashanu’s relentless name-checking of his “mate” Stephen Keshi, who wasn’t even playing, could detract from the sheer joy on Rashidi Yekini’s face as he grabbed the back of the net into which he’d just tapped Nigeria’s opening goal. But just as in 1990, my more vivid memories weren’t great footballing ones. For instance, Gianfranco Zola, now of course the nicest man in football ever, being sent-off within seconds of his substitute appearance for Italy against Nigeria. When people talk of players being sent-off “for nothing,” hyperbole is usually involved. Zola was sent-off for nothing. And there was FA head honcho Graham Kelly frazzling in the sun in his ill-advised FIFA suit, every inch the holiday camp comic. Only funny.

My favourite game, like everyone else I’m sure, was Belgium v Saudi Arabia. The Belgians were clearly shooting a video entitled “Seven ways to miss an open goal,” and did two takes of each sitter, just in case (“hilariously and often,” wrote When Saturday Comes in describing how Belgium did it). Meanwhile, the Saudi’s Saeed Al-Owairan slalomed his way through about nine tackles in a pitch-length run which only ended because the Belgian goal got in the way. It was the best World Cup finals goal since, well, forever. And it would surely be acknowledged as such if it had been scored by a “real” football nation. In 1990, I’d watched England v Belgium in the pub with a friend. We were the only two customers. Football-watching culture had changed by 1998, with many fans choosing the communal experience over a Sky TV subscription. And so ingrained was the habit that people packed out the hostelries, despite the tournament being free-to-air on terrestrial TV (or because of it when Jimmy Hill or Bob Wilson were on).

My France ’98 memories are therefore a mixture of joy and haze, now just as fondly recalled for the venues as the football, especially London’s Civil Service Club, at £1-a-pint, which, in those days, was not a lot of money (I’m told the Brazil/Holland semi-final was a classic, but…).. The stand-out match, though, I watched at home. Holland’s quarter-final against Argentina was already a classic before Dennis Bergkamp scored that goal. Even Daniel Ortega’s sending-off was a stand-out, in a tournament where the innocuous challenge was a red-card offence. Before their shambolic on-and-off field display in and around the final, Brazil were more like Brazil than their “European-style” (trans: dull) teams of 1990 and 1994. Holland were as good as they’d been since the 70s, even if Bergkamp should be have been out of the tournament for his violent assault on a badly-dressed Yugoslav in the second round.

France were, famously, one in the eye for politician Jean Marie Le-Pen and his odious, racist National Front. Germany were hilariously bad against Croatia. Even England weren’t bad. And Scotland were…no…I’ll stop there. But it’s Paraguay I remember, for a terrific backs-to-the-wall display against France in the second round. Arrogant, fat, goal-scoring goalkeeper Jose-Luis Chilavert transformed from pantomime villain/horse/donkey, into an inspirational captain, geeing up his defenders as they went about their business to the backdrop of a nation screaming “get out of the way” as another Gallic drive hits another backside, knee, left testicle, anything (and with a defender called Arce, I mean ANYthing. AND Chilavert getting booked for time-wasting after 19 minutes. Sheer joy. Such games are, strangely, better remembered if they end up as heroic failures. And you couldn’t have had a more heroic failure than Paraguay against France in 1998. Chilavert was named goalkeeper and captain of the BBC’s “team of the tournament.” No-one saw that coming.

South Korea started “their” tournament as plucky underdogs and did nothing throughout it to diminish their popularity everywhere (leaving aside North Korea), until three unfeasibly gorgeous Italian women walked into the pub where we were about to watch the South Korea/Italy game, and it was “Forza Italia” all the way. Disgraceful. For that game was as fixed as has subsequently been claimed, the fixers would have had to rely on Italy’s Christian Vieri missing an open goal from four yards and a bit with two minutes left in normal time and the score 1-1. So…um… The dodgier game was Spain’s defeat in the quarters, where all sorts of line decisions went against the Spaniards – a third umpire would still be looking if we’d had a cricketing review system. And if Spain had struck a winning penalty in he shoot-out you wouldn’t have put it past the officials to give a goalkick

France were dreck but only went home scoreless after their considerable involvement in the best 0-0 draw I’ve ever seen, against Uruguay in their second group game. Even Fabian Barthez briefly looked like a goalkeeper rather than the Andy Parsons stunt-double we now know he is. But the tournament week I spent in Ireland was the most fun, thanks to Eamon Dunphy – a knowledgeable pundit but increasingly a professional controversialist, with a combative style that got him the “Weakest Link” gig in Ireland (his craggy features put you in mind of Anne Robinson without the botox…ugh…). RTE had him in the studio for Japan’s Sunday morning group game against Russia. And they quickly realised how inadvisable it was to ask Dunphy’s views on…ANYthing… after a Saturday night in Dublin. The sound was down on the TV in my hotel reception. But I could see him sinking into his chair, slowly but perceptibly, staring into the middle-distance, the eyes suggesting that Hidetoshi Nakata wasn’t the focus of his attention. An empty chair greeted us as the cameras returned to the studio at half-time, as Dunphy went home for a nap, and RTE scoured the dictionaries for euphemisms for “high as a feckin’ kite,” just in case the profoundly scurrilous allegations were true.

I didn’t see Zidane’s head-butt. I was at a comedy club on the evening of the 2006 final. The incident was in the compere’s set before the night was through but I never even saw the highlights of the game. And now, according to BBC 3’s recent execrable World Cup’s most shocking moments, FIFA won’t let me see it. So I never will. Bad, was it? A lot of good football was played and just about none of it by England. After a decade of complaints about how poor England were when, largely, they weren’t, the media had nowhere to turn when England finally lived down to the hype in Germany. Memories might be less fond still if Peter Crouch hadn’t cheated to head England in front against Trinidad & Tobago – the hair-pull of God? But the sight of a pub full of relatively thoughtful England fans’ faces reddening as the Soca Warriors held on and on was something to behold. Punters were eating their beer glasses in frustration. I was eating mine to stop laughing.

I recall 2006 as better than the goals-per-game ratio of once-in-a-blue moon suggests. The stand-out match was Argentina/Mexico, especially the first-half, which had the proverbial “lot.” And Maxi Rodriguez’s over-the-shoulder winner emphasised that Liverpool bought him one World Cup year too late. Germany’s semi-final against Italy was a remarkable game for a semi-final. And their win over Poland had the sort of slow-burning drama which appealed to me, as they got closer and closer to grabbing the winning goal before finally doing so in stoppage time.And against a dysfunctional Brazil with a fat Ronaldo, France perfected the art of taking free-kicks while the opposition left-back is tying his shoelaces. Roberto Carlos, it is understood, wears slip-ons to this day.

On the down side, there was Switzerland v Ukraine. There were no offsides in Switzerland v. Ukraine. I almost wish I’d turned over for the tennis. Almost. And who could forget Tunisia’s contribution to the feast of football? You too, eh? Still, Gordon Strachan starred again. As the BBC’s Jake Humphrey sought Strachan’s opinion during one highlights programme, Strachan looked at him and said: “Sorry, Jake, I wasnae listening. But I agree wi’ everything you said, you’ve got an honest face.” Well, it made me laugh. So did Graham Poll. Tee-hee. 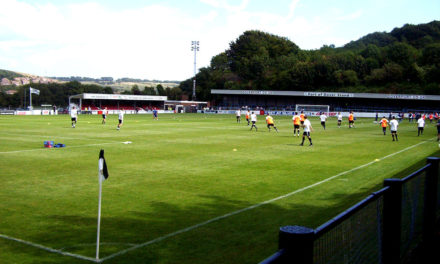 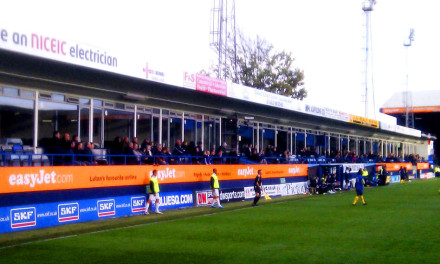