Mark Murphy got a bee in his bonnet whilst watching the Sunday afternoon match between Newcastle United & Middlesbrough, and it came in the form of co-commentator Mark Bright. In the best interest of his sanity, we thought it that it would be for the best to let off steam on the subject here.

I had to check. Was it BBC pundit and former Crystal Palace legend Mark Bright who scored 1281 goals in 1353 career games, including 77 goals in 91 international appearances? No, it wasn’t. As I’d suspected, those figures belonged to Pele, a Brazilian of whom you may have heard (and been as surprised about how few international caps he had?). Having listened to Mark Bright’s analyses of various matches over what seems like decades, however – the most recent being Newcastle’s weekend win over Middlesbrough – I just assumed I’d got my players, continents and decades confused. For if Mark Bright had converted every chance he thinks a modern-day striker “has to score”, he’d have surpassed Pele long ago and we may never have heard of Ian Wright (if only…).

Unlike my dislike of Alan Green, which is as natural as breathing out, there is something irrational about Bright’s irritability. Unlike Alan Green, Bright does what he is paid for, applying his knowledge of the game to inform his audience. When he describes what a striker should have done in certain situations, it comes from his considerable experience and can be genuinely informative. He was a fine player for a long time, one I hugely admired, in fact (and, it must be said, he has done considerable charity work since giving up the game, for which he is rightly lauded). But he was neither fine enough nor admirable enough to carry off such a persistently admonishing tone in the commentary box. As soon as I hear the words, “For me…” from Bright, I know that he’s not only going to tell us what the striker did wrong but also make it clear that he would have done the right thing in that situation, that he always did the right thing in that situation and that anyone who didn’t do the right thing in that situation was an idiot.

Unlike Alan Green, whose cynicism is just a cack-handed attempt at being clever, Bright seems to genuinely believe that every game should have at least a dozen goals in it. With every header from a corner or a set-piece the striker “has to hit the target from there”, “has to make the keeper work”, “has got to keep it down… show more composure… attack the defender… show him inside, beat him on the outside… find a cure for cancer… facilitate world peace…”, like he always did. The afore-mentioned Newcastle game was a case in point. He established early on that the pitch conditions were “perfect for football”, even as full-backs and wingers were sliding around like new-born deer, and he wasn’t letting go of that view. As Boro’s Jonathan Franks slipped while trying to cross and landed the ball in Row F behind the goal, Brighty was ready: “For me, he’s got to stay on his feet there; I don’t know what he’s doing going to ground.” If he’d had his way, Jose Enrique, Shola Ameobi and Dave Kitson would have all been booked in the first seven minutes. Yet when Rhys Williams clattered into a Newcastle player and did get the referee scribbling, Bright had no comment to make…although as Alan Smith was the victim…

Boro’s Leroy Lita was, admittedly, a bit too keen on going for the spectacular. But when he headed wide from an early corner, it was largely because the cross was behind him and came very quickly to him – a good chance, yes, but missable. “He has to hit the target from there,” declared Pele… er… Bright, “if he does, he scores.” Never mind the two defenders on the line and goalkeeper Brad Jones…well, the two defenders anyway. Away from his area of expertise, Bright is no more or less clueless than any of them, unfortunately. “I think they’re appealing for offside,” he claimed, over pictures of an obviously onside Ameobi obviously pushing David Wheater in the back before setting up Marlon Harewood’s opener. “That’s not his call, it’s his assistants’” he added, to accompany pictures of…the referee’s assistant, after commentator Guy Mowbray had carefully explained that…it wasn’t the referee’s call. And when Mowbray let a few facts slip late in the game, Bright poured derision on him for his research, as if it wasn’t a vital part of the job that, you had to remind yourself, Bright was being very well paid to do.

I get a horrible feeling of deja-vu when drafting articles like this. And I except that many of you share that view when reading them. It’s easy to pick on pundits. When I criticise Alan Green for being critical of others, I have an acute sense of my own hypocrisy. And when I lambast Bright for poor/no research, I think, maybe it wasn’t Jonathan Franks who slipped over. But Bright is a rising star in the BBC punditry firmament and top dog on BBC London – one step away from master of the punditry universe (Jonathan Pearce’s route to world domination started on London commercial radio). So he’s going to be with us for some time yet, unless he makes considerable progress in his budding coaching career, he’s currently on Palace’s staff. I just hope that experience teaches him that there are many, many times when, for me, he has to accept that strikers do not always have to score from there. 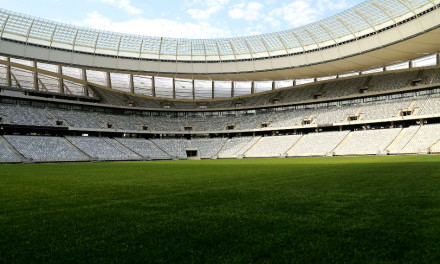 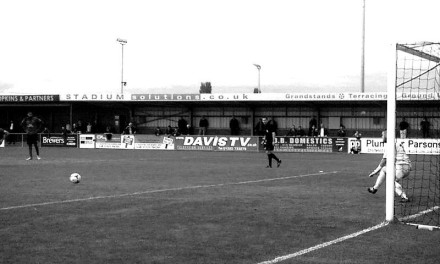 A Little Love For The FA Cup