It was a night of both the sublime and the ridiculous. On the one hand, there were mistakes coupled with moments of brilliance and dubious morality. On the other, though, the end results remain the same regardless of how we managed to get here. For the third year in a row, for the fourth time in five years, for the thirteenth time altogether, Real Madrid are the champions of Europe, and at the end of a tumultuous night in Kiev it is worth recognising this for the achievement for what it is. Whether they manage it through the dark arts or through the sort of complete brilliance that a perpetually open cheque book can buy, this is the great European team of our age.

Might things have worked out differently? Perhaps. The build-up to this match had felt unpredictable, as though there were too many potentially combustible elements to be able to accurately predict which might catch alight. Mo Salah has been one of the Premier League’s most brightly shining stars over the course of this season, but he was also the first – and possibly most significant – axis around whom this match pivoted. They’d been playing for twenty-five minutes when Sergio Ramos Sergio Ramossed his way into Salah, bundling him to the ground with a tackle that didn’t even warrant a foul, upon first inspection. The Liverpool forward struggled on for a further five minutes before leaving the field in tears.

His departure seemed to suck the life out of Liverpool, and whilst there was no luck about the fact that they got to half-time level regardless – Karim Benzema’s “goal” right on half-time was clearly offside, there was no doubt about that – the feeling remained that a switch had been flicked with Salah’s removal from the game. All elite level players these days are hyped, of course. That’s an inevitable side-effect of the extent to which we’ve raised the stakes in football. But Liverpool’s reaction to Salah’s departure hinted that perhaps too much was being rested on this one particular player’s shoulders, that for all he could give by being on the pitch could also be snatched away by his not being there.

Even this, however, ended up being just one of a trifecta of reasons why the European Cup ended up heading back to Madrid yet again. The second was the brilliance of Gareth Bale. Bale’s litany of injuries in recent times have consistently left us wondering whether the next will be the last. There comes a point at which the cumulative toll wreaked upon a player by years of injury start to accelerate a player’s decline. It had openly been wondered whether Gareth Bale might be reaching the end of the line in this regard, as though his career might end up being characterised – whether fairly or not – as one that could never quite get into fifth gear. Last disavowed us of that notion, once and for all.

With sixty-one minutes played, Bale took to the pitch as a substitute in place of Isco. It took just three minutes for the world to see the value of being able to bring a player who cost £85m off the bench. There was certainly nothing exceptional about the ball that Marcelo lofted towards the edge of the Liverpool penalty area, but Bale’s leap and overhead kick, which sent the ball flying into the top corner of the goal, was undoubtedly the goal of the night and will justifiably take its place as one of the great European Cup final goals of all-time. Even the Madrid coach Zinedine Zidane, who scored another of them himself for Real Madrid against Bayer Leverkusen at Hampden Park in 2002, looked on in something approaching disbelief. Truly, a goal for the ages.

The third ingredient in Real’s confection was provided to them by Liverpool. Loris Karius, the Liverpool goalkeeper, probably went in at half-time feeling as though his first forty-five minutes had been reasonably successful, with a clean sheet and a wonderful reaction save to Cristiano Ronaldo’s header in the build-up to Benzema’s disallowed goal. Five minutes into the second half, though, he didn’t spot Benzema closing him down as he went to throw the ball out… and Benzema blocked, deflecting the ball into the goal to give Real the lead. It was heartbreaking, but it was at least cancelled out five minutes later when Sadio Mane prodded the ball over the line from a couple of yards out to bring Liverpool level.

With eight minutes to play and Liverpool chasing a route back into the game with increasing desperation, however, lightning struck twice. Bale’s long-range shot should have been a routine save for Karius, but the goalkeeper saw the shot squirm through his hands and drop over the line to confirm that the trophy would be returning to Madrid this year. It was a horrible moment for the young goalkeeper, who was inconsolable after the final whistle as the opposition celebrated their win. The shot of him laying on the ground alone after the final whistle will live long in the memory.

And it felt harsh on Liverpool, whose run to the final has been so thrilling that their eventual defeat should have been characterised by individual mistakes. But football remains morally a blank slate. Life’s not always fair. Sometimes – more often than we would probably like to admit – shithousery wins. Gareth Bale’s extraorindary overhead kick added a sheen of brilliance, but Real Madrid’s thirteenth European Cup was won as much by Sergio Ramos’ interaction with Mo Salah’s arm socket and Loris Karius’ lapses in concentration as by anything else. And there is an extent to which Liverpool are going to need to look inside themselves over this defeat. The extent to which heads dropped upon Salah’s departure hinted at a psychological over-reliance on this one particular player, and the before and after nature of the team’s performance can only leave us wondering how differently everything might have turned out had he stayed on the pitch.

But “deserve” is a word that has little currency in football, especially when it comes to one-off matches. Real Madrid probably deserved the win on the night, but their trifecta of shithousery, brilliance and luck sits outside the frame of whether a team can deserve a win or not. Liverpool may well feel hard done by. Real Madrid, if they were feeling candid enough to admit it, might well counter that you only get to be the champions of an entire continent four times in five years without those flashes of brilliance, that undercurrent of gamemanship, and the occasional teaspoon of good fortune. Football is a game of “what ifs”, and Liverpool supporters returning from Kiev with sore heads this morning will be more than aware of the fact that they have more than most to consider as they reflect on what a complicated and sometimes cruel game this can be.

Mark Murphy’s Life Through The World Cup: Part One 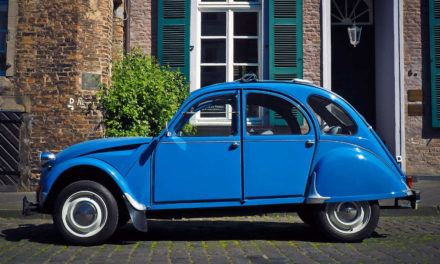 Stockport County Take-Over Stalls Over A Lack Of Detail