Letter From America: An Open Cup In A Closed Environment

Despite the ongoing success of MLS, there are many issues that exist within the culture of football in the US, and of these the most immediate and most discussed is the closed system that exists in the top flight. At the recognized professional level (ie, sanctioned by the United States Soccer Federation (USSF)), there is little to no movement of clubs between divisions unless you don’t mind moving a few hundred million dollars first, in order to fulfil the requirements to take up an MLS franchise. Money isn’t necessarily enough on its own either, though. Each new franchise is competitively competed for, and losing applicants don’t even always start out at a lower level in the event of an unsuccessful bid because there is no direct pathway for them to MLS apart from reapplying for a franchise, which isn’t cheap and comes with no guarantee of success.

This is, of course, beyond the reach of many smaller American clubs, and for them there are limited opportunities to test their mettle against the giants of US football. As of now, though, there are only two viable options for matches like this to take place, one is friendlies. The other, and the only competitive way apart from small, ad hoc, invitational tournaments of little to no consequence, is through the Lamar Hunt US Open Cup.

Named for the businessman who was involved in the formation of the American Football League, the North American Soccer League and Major League Soccer, the Lamar Hunt US Open Cup is America’s oldest ongoing soccer tournament. It’s a challenge cup dating back to 1913, and it holds the recognition of the USSF, the governing body of soccer in the USA.  With the dissolution of the American Football Association, it has come to supercede their American Cup (which was dissolved in 1925) as the foremost knockout competition in the country. It was also during this era that football in the US followed a similar trajectory to that of such countries as Spain and Italy, whereby the winners of the competition were decided after a knockout stage following qualification which was achieved through regional rounds. As has happened in England, though, with the growth of the importance of national leagues in deciding champions, the importance of the Cup has gradually diminished.

In the US, the Open Cup continues to struggle for relevance in the modern day, very much in the same way that the FA Cup does in England. One very large set back for the Open Cup, though, is a lack of accessibility. With little television coverage (and none in the early stages of the competition) there aren’t many places to be able to watch matches or to engage with the competition outside of being at the matches, and the sort of engagement required for smaller clubs in the US to be able to attract fans to these games in big numbers doesn’t exist in the same way that it does in Europe. Right now, the best place to access the Open Cup is an independent website called TheCup.us.

Beyond that, though, media coverage of the US Open Cup can be sparse. This comes at a time when football in the US is fighting to establish its legitimacy on the world stage. When MLS wishes to be a “top league”, and its players seen as “world class”. Additionally, the US struggles to send clubs to represent MLS, deep into the CONCACAF Champions League. Thus, the struggle for relevance of the Open Cup, reflects the greater struggle that exists within football in the US. To the smaller clubs, it creates two problems, one is fixture congestion. The other is squad depth. But the opportunity for the smaller clubs, is unquantifiable. Unfortunately, that sentiment is not shared by the bigger clubs – at least not until late in the competition.

If you look at the history of the Open Cup, it is dotted with names which loom large over the whole of US football. The two who stand largest over it are Bethlehem Steel FC and Fall River Marksmen, two clubs who were the dominant forces in football in the US from the 1910s through to the crash which followed during the early 1930s (which was caused in no small part by the Stock Market Crash of October 1929 and the depression that followed it), and who each won the competition on five separate occasions.

Following the crash, there was a rise of clubs such as Brooklyn Hispano, New York German-Hungarian SC, Philadelphia Ukrainian Nationals, Greek American AA, and Maccabi Los Angeles, just to name a few. With the NASL teams of the 1960s, 1970s and early 1980s not taking part in the competition, this period ended in 1996 and the arrival of MLS. Since 2008, the winner of the Open Cup earns a place in the CONCACAF Champions League, a worthwhile prize in itself which also comes with a place at the FIFA World Club Cup for its winners. Every winner of the US Open Cup since 1996 has been an MLS club apart from in 1999, when Rochester Rhinos of the United Soccer League (the second tier of the league system) surprised Colorado Rapids by beating them to lift the trophy.

There doesn’t seem to be any particular reason why the US Open Cup should be as devalued and underappreciated as it seems to be, but neither is there any reason why it shouldn’t be accessible to the masses. The opportunity to play continental football, if nothing else, acts as enough of an incentive for the biggest clubs to enter it into the first place, and with some support it could be used as way of building growth in areas which don’t have one of those much-coveted MLS franchises. However, with the USSF continuing to prioritize MLS to the exclusion of anything else, it seems likely that the US Open Cup will continue to be seen as an afterthought. And that does this prestigious knockout tournament or the diversity of the game in a country with a potentially massive market no favours at all. 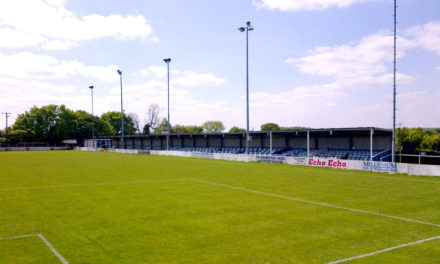