We’re often told that controlling the media is important, these days. From ensuring that one’s Twitter feed isn’t hijacked by someone who’s had a light ale too many to ensuring that press releases aren’t written in something that only nominally resembles the English language, the importance to any business of ensuring that the right message is sent out is one that should be drummed into all media managers from their very first day in the job. There is, however, control and control, and sometimes it can feel as if a desire to “control the message” can be mistaken for controlling the messenger, and this can lead to the opening of a can of worms that can be extremely difficult to close again afterwards.

Like most inhabitants of the lower divisions of the Football League, Swindon Town could do with all the positive promotion that they can get. But in the case of this particular club, the media has been decidedly off message today in reporting that the club has decided to issue all of its media through an app from the start of the coming season. Under normal circumstances, this could be treated as little more than an oddity, an attempt to squeeze a little cash from a misguided commercial venture that doesn’t seem particularly likely to benefit anybody who is either involved in it or will be affected by it. This, however, doesn’t seem to be a merely commercial decision on the part of the club.

Swindon Town has been covering itself in a thin veneer of inglory with regard to its treatment of its local newspaper, the Swindon Advertiser, for some considerable time, now. The club first starting acting against its local newspaper towards the end of 2013, refusing to allow club officials, managerial staff and players to “field enquiries or answer questions” from its journalists. This culminated in the newspaper being banned altogether in January of last year after tweeting, a whole forty-five minutes before the release of team-sheets on a match day, that Nile Ranger – a player whose reputation precedes him – was to start a match. It later emerged that this information had been made public in the first place as a result of a supporter on a tour of The County Ground spotting Ranger’s shirt in the dressing room, photographing it, and tweeting it himself.

The ban was lifted a few days later, though it took an intervention from the newspaper’s editor, a meeting with club chairman Lee Power, and “a full and frank exchange” in order to secure this, but this story didn’t end there. A little under a year after the first ban was imposed upon the Advertiser, a new one was in place. This time, the reasons for doing so were somewhat more oblique. The newspaper reported that Power believed that “he got the coverage he wanted from other media outlets in Swindon,” but it also noted that it had reported on a dispute between the club with a local law firm over unpaid legal fees and on a story about non-league club Redditch United complaining to the Football Association over an illegal approach for a player, Jermaine Hylton. Coincidentally, this story was reported by another local newspaper, the Redditch & Alcester Advertiser, just this morning as ending with a charge from the FA over a breach of transfer rules.

This time, there would be no subsequent lifting of the ban. The Swindon Advertiser has now been banned from attending press conferences at the club and its media requests and questions have been routinely ignored, even though it has been reported that the newspaper has not been given a specific reason for the ban, this time around. What we do know, however, is that the club has recently announced a deal with an app called Fanzai which will be handling all media coverage of the club on its behalf. In the middle of an era when the media is more pluralised than ever, Swindon Town FC seems to believe that it can control all media coverage of the club, but this is a story that has, naturally, reached the national media today and, surprise surprise, reaction to it has been almost unanimously negative.

Now is not the time to pass comment on whether the Fanzai app is actually any good or not, because the question of whether it is or not is, broadly speaking, irrelevant to this particular story. What is relevant is the small matter of the fact that this story, with all of the negative talk of the way in which the club has handled itself, has become an entirely avoidable distraction as its players return for pre-season preparations. Furthermore, recent history tells us that this sort of ban quite simply doesn’t work. When Southampton banned all photographers bar its one official one from St Mary’s Stadium in 2010, the club’s decision was met with widespread ridicule, up to a point at which one local newspaper went to highly inventive steps in order to ensure that a match was represented in pictorial form. As was noted at that time, arguably the biggest losers of all with regard to this were pitch-side sponsors and the ban was partially lifted shortly afterwards, Southampton’s petulance towards its local newspaper, the Southern Daily Echo (which itself stemmed from the newspaper running a story in 2009 before the club wanted it to be publicly released), continued, to the extent that the club banned reporters from carrying out vox pops with supporters outside St Marys on land that it owned.

If we need any further explanation of the extent to which Swindon Town might not even understand its own ridiculousness on this particular subject, we need look no further than the opening sentence of its official statement on the matter, which was issued earlier today: “The club are very disappointed and surprised in the way in which our new media arrangement has been portrayed locally and presented to the national media.” If anybody within the club genuinely is “surprised” by the fact that banning its local newspaper and placing its media coverage in the hands of a hitherto broadly unknown app would be met with a largely negative reaction both in the press and amongst at least a proportion of its supporters, then we can only conclude that some people within the club might need some sort of 101 course on how to handle itself over matters such as this before banning anybody else from its media circus.

Ultimately, no-one wins from Swindon Town’s pravda-esque attempts to control its media. The club finds itself on the end of criticism in the media that was easily avoidable and looking mildly ridiculous on account of the defensive statement that it issued today. The makers of the app itself find themselves dragged into the story by association. Supporters may well feel somewhat offended by apparently not being trusted to see news from the club that hasn’t been pre-approved and sanitised first and at the apparent fact that their interests over all of this don’t seem to be anywhere the top of the club’s list of priorities. And the local newspaper itself risks being compromised over one of its key roles in keeping its local populace up to date with all the latest news from its local football club. This entire story was all highly avoidable, but this doesn’t seem to be the Swindon Town way, when it comes to media relations.

You can ban Twohundredpercent from your press conferences on Facebook by clicking here. 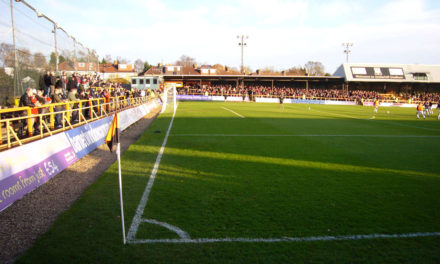 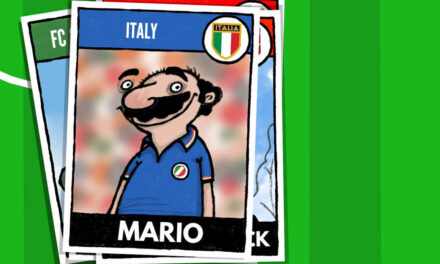 Podcast 320: Cowburn to the Max