Leicester City: The End Of The Fairy Tale

The supporters of Leicester City have had to face up to some harsh realities this season. It turned out that, rather than being the beginning of a bright new dawn for the club, the triumph that took the Premier League trophy to the East Midlands last May was the exception for the club rather than the rule. This season, despite bucking many expectations in their first – and, barring a win that would now surely be as unlikely as qualifying to enter the competition in the first place, surely last – season in the Champions League, the team’s form in the Premier League has fallen off a cliff to such an extent that it at serious risk of relegation. If a week is a long time in politics, a year falls somewhere between eternity and a parallel universe in professional football.

The decision taken by Leicester City to part company with Claudio Ranieri this evening is one that will fire an arrow through the heart of the romantics amongst us. Success makes cynics of many people, and for all the criticism that was made of Leicester last season – the events that took place in Thailand less than two years ago, the belief that this was all just some enormous fluke, Jamie Vardy’s face, and so on – there was a bulwark in the form of the manager, a man about whom few could really utter a bad word. The now former Leicester City manager was the poster-grandparent for the title win, his face plastered across a disbelieving media as all onlookers tried to process the most extraordinary title win that any of us will likely see in our entire lifetimes.

There is, of course, an altogether different version to this story. There is a hard-headed version which tells us that a manager is only as beloved as his last handful of results, that whether we like it or not the defining characteristic of any dressing room is “player power”, and that once a manager has “lost the dressing room” he is likely to be living on borrowed time. This version of events will remind us of how much Premier League survival is worth to Leicester City and that it should be protected at all costs. It may even consider that the Leicester City team that won the Premier League was built by former manager Nigel Pearson and former head scout Steve Walsh. It will tell us that last year’s Premier League win is already history, and that what really matters is the club’s present and its future. And there’s truth to this, of course. But sometimes the version of football that plays out in front of us isn’t the version that we want to witness.

The timing of the decision is certainly slightly strange. The team’s league form has been plummeting off the side of a cliff for some considerable time now, but last night in Seville they cobbled together something approaching a reasonable performance in losing by two goals to one and have given themselves a fighting chance of getting through to the quarter-finals of the competition, with only a one goal deficit to overhaul and with an away goal thrown in as well. As such, we might have expected that, at the absolute least, Ranieri would be given until after the second leg of this tie and, had they got through this, until the team was eliminated from the Champions League altogether. To fire a manager in the middle of a two-legged tie that his team is still very much involved in strikes us as counter-intuitive.

It is also worth bearing in mind that whoever comes to replace him as manager of the club should immediately ask some very serious questions of its players. For players earning tens of thousands of pounds per week, one of the implications behind the phrase “losing the dressing room” – that the players couldn’t be bothered to play for Ranieri any more – should really be considered an insult to all supporters of the club. Considering the wages that they warn and the cost of tickets and season tickets in this day and age, the absolute minimum that supporters should feel entitled to is that the players will give their all, no matter who the manager is. If this is the most significant way in which the concept of “player power” is to manifest itself, then perhaps we should be wary of whether this is in any way to our benefit or not. Despite performances that have ranged from incompetent to incompetent and completely disinterested over the last couple of months or so, no Leicester City players have been sacked this season. In a just world, more than a handful might well have been.

So, perhaps Leicester City will stay up this season. They should do. There are, on paper at least, enough teams worse than they in the Premier League this season. But the timing of the decision is very strange, and those who only consider the financial imperatives of staying in the Premier League might do well to consider that one of the records that this club holds is that of the club that has been relegated from the top flight of English football more than any other. The truth of the matter is that Leicester City are roughly where we might have expected them to be this time last year, only with a Premier League title under their belt and a decent chance of a place in the Champions League quarter-finals. If that is how we define failure in the modern game, it is perhaps unsurprising that many will question the decision, even if only from a moral standpoint. And that moral standpoint is important. We all know that modern football’s heart is cancerous, money-obsessed and cynical. That doesn’t mean that we have to like it.

But the decision has been made, and there will be no undoing it. What will be, will be, for Leicester City, and with no apparent successor already lined up – the former Manchester City manager Roberto Mancini has been installed as the favourite to replace Ranieri, but there’s little solid evidence to justify this at present – all eyes will now be on the owners of the club to see who comes in next. There might well be a word of warning to the new man in charge at The King Power Stadium, that nothing will truly be good enough. Leicester City supporters will doubtlessly find the time to thank their former manager for what he did for their club and the replacement now has no choice but to keep the club in the Premier League, should he wish to guarantee his continued employment beyond the end of this season. And perhaps all of us have been awoken to one of football’s least popular truisms this evening – fairy tales aren’t real, and those amongst us that choose to believe them are most likely destined to end up very disappointed indeed. 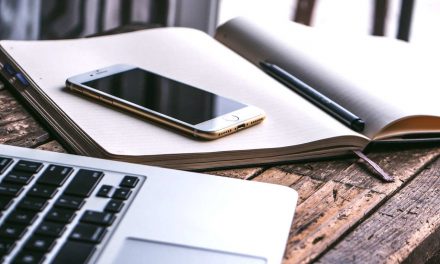