It might be argued that the concept of league football is one of the greatest gifts that Britain has given the world. A number of teams play each other twice a season, once home and once away. You get points for winning, fewer points for drawing, and at the end of it all, the team with the most points becomes the champions. It’s a system that has been copied all over the world – albeit with minor amendments here and there – and, more than a century and a quarter after it was first introduced in England, it remains the dominant way of determining which football team, of any grouping, is the best.

Such is the enthusiasm for League football in England that the English national league system has become one of the largest and most maze-like in the world. From Manchester United and their 75,000 crowds at the top to amateur teams playing in front a handful of men and their dogs, all are intertwined in the same structure,fanning out on a regional basis where the costs of travel start to become an issue. It’s beautifully simple and fiendishly complex at the same time. It provides the very heartbeat of every season.

I know what you’re thinking. This is all kindergarten information for generations of supporters who have grown up learning this as if by osmosis. But it’s worth reminding ourselves of the importance of beauty of our league system, because it’s likely that the integrity of this system will be coming under threat in the near future, and the architects of that threat are the some organisations that benefit the most from it: the clubs of the Football League itself. The Football League, the very institution that gave the world league football in the first place.

One of the key intergrities of leagues football in England is that each club only gets to field one team. Reserve teams, academy teams and B teams all exist – I’m abundance at the highest level – but they operate in a shadowy hinterland of competitions that are, broadly speaking, ignored by the media and fans alike. These teams are for back-up purposes only. No-one really cares whatever happens to them on the pitch. The biggest clubs, however, are not necessarily happy with this state of affairs. The disparity between the biggest and the rest has meant, in recent years, that bigger clubs tend to stockpile players, farming them out on loan to smaller clubs to give them a little experience and, in some cases, to circumvent rules of squad sizes. Bigger clubs may well look at lower division clubs and wonder why, when they own practically the entirety of the rest of English professional football, they shouldn’t be allowed a piece of this pie too.

Efforts to allow B teams into the lower levels of the English game have become increasingly amplified in recent years, and they’ve have always been resisted by the supporters of clubs further down football’s food chain, but it seems likely that bigger clubs will eventually find a way of extending their brands in this respect. Proposals for Premier League clubs to be able to join the league system – the so-called “League Three” proposals – remain off the table, for now, but the creep towards it seems to have begun, following a vote amongst League Two clubs earlier this week which almost unanimously agreed to allow Premier League B teams to enter the Football League Trophy, a vote that is expected to be put before all seventy-two Football League members at its AGM this summer.

The Football League Trophy is a competition that exists as one of the runts of English football’s silverware litter. First introduced in 1984 as the Associate Members Cup, it reached an unexpected peak in 1989, when almost 81,000 people pitched up at Wembley to see Wolverhampton Wanderers beat Burnley. The tournament has gone through its phases since then – it remains regional until its semi-finals, and for a couple of seasons allowed Football Conference teams in, but it has remained at least partly a figure of fun amongst many supporters, even though attendances for the final have remained encouraging.

But if the Football League does allow Premier League clubs into this competition, what can we expect? Supporters of clubs from that division seem to find it difficult enough to get very interested in the FA Cup or League Cup, so it seems unlikely that many of them will be queuing around the block to see the stiffs grounding out results against lower division teams. Meanwhile, for supporters of lower division clubs there doesn’t seem to be much appeal to the idea either. Early round matches are sparsely attended, whilst the presence of twenty new entrants would only dilute the likelihood of their club making it to the latter stages of the competition.

If Premier League clubs aren’t getting enough competitive football for their players because they’ve acquired too many of them, then frankly that is a problem for the Premier League, and not the Football League, and it’s somewhat disappointing to see that the Football League has either failed to recognise this or is so blinded by the dollar signs in their eyes that they simply don’t care. Proponents of League 3 make spurious claims that it would bring benefits to the England team – just as, ahem, it was disingenuously claimed about the formation of the Premier League itself in, 1992 – and about the commercial benefits to smaller clubs, but the truth of the matter is that no-one in their right minds believes that the Premier League gives a toss about the England team any more, whilst not only are the commercial benefits of this completely unproven, but the erosion of integrity that would follow League 3 ever coming to pass would likely only detract from the appeal of the Football League for some, at least. But that’s progress for you. Blinded by the light and intoxicated by the prospect of crumbs falling from the table, if the Football League does end up sleepwalking into a venture that may well turn more away than it brings in, it will only have itself to blame.

Should you be inclined, you can show your love for Twohundredpercent on Facebook by clicking here. 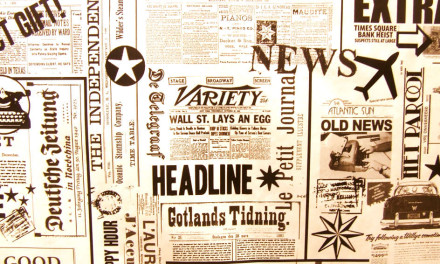