At what point does it become right and proper to start reading the last rites for a football club? We have written extensively about the travails facing Kettering Town over the last few weeks or so, but the last seven days or so have seen a succession of misadventures which can lead us to only negative conclusions – that time is up, and that it has been proven that whatever on earth it was hoped would be achieved by moving the club eight miles from its home town to Irthlingborough to play at Nene Park has failed to materialised and that after one hundred and forty years it is now only a matter of time for this club ceases to exist as we understand it today. It is a startling indictment of owners who can only be described as utterly incompetent or working towards an end game that is corrupt to its core. We don’t know which of the aforementioned is closer to the truth. We do know that this is the only way that any sane person could regard the last twelve months of the history of this once proud club before this club becomes history itself.

Yesterday afternoons FA Trophy qualifying match against Concord Rangers would not have been particularly expected to be a crowd-pleaser, but further problems manifested themselves for the club during the week, before a balk had even kicked. The exodus of players began in earnest with the loss of Ben Gerring, whose departure from the club had seemed inevitable after he was made the drive around Northamptonshire and Cambridgeshire in a fruitless attempt to secure information regarding the whereabouts of his wages, and this trickle turned to an avalanche with the departure of manager John Beck on Friday. Under the best of circumstances, such a loss would have had an obvious impact. Considering the situation at this club at present, this was a loss which carried with it the distinct sound of another nail being being hammered into its coffin.

First team scout Alan Doyle took over managerial duties for yesterdays match, but the writing was becoming clearer and clearer on the wall. The match programme, such as it was, consisted of a photocopied sheet. The team was a demoralised collection of those so far unable to wake themselves from this living nightmare. Despite the fact that Kettering were playing at home against a side a level lower than them in the pyramid, they could offer nothing against modest opposition and Concord Rangers ran out comfortable winners, by three goals to nil. Two hundred and fifteen hardy souls turned out to another chunk being bitten from the club.

This is the harsh reality of where Kettering Town Football Club finds itself today. As predicted, once the club left its home town fewer and fewer people have maintained the inclination to continue to watch this sinking ship and crowds are now so low that it seems reasonable to surmise that even the diehards are now starting to vote with their feet and are finding something else to do with their Saturday afternoons. Even if the club should somehow be able to overcome the disastrous condition in which it finds itself today, the ultimate question of how the thousand or so people that might give the club a chance of solvency in anything like the medium to long term is unanswerable.

Imraan Ladak signed a twenty-five year lease for Nene Park last year. There is no Plan B for this club, only the prospect of a future as the discredited tenants of someone elses home. Once awe at the advanced facilities on offer has faded away, though, there isn’t much left to offer other the slow realisation that these facilities are only worth anything if enough people are turning up to use them. And that’s the positive way of looking at it. It could even be argued that Kettering Town Football Club died on the day that it left Rockingham Road, that this homeless, rootless club offers little to anybody, and that it is this that has led to crowds the size of which we saw yesterday afternoon.

The question of who is getting what out of this club in its current state is an interesting one, because on the surface it seems most likely that it is not offering a great deal of value to anyone at the moment. We know that little to no money is being put into it at present – wages would surely be being paid if any was – but it’s unlikely that it is costing anyone much at present either. George Rolls, banned by the FA from all involvement in football for five years during the summer, continues to be spotted at Nene Park, with plenty of anecdotal evidence coming through that he is thumbing his nose at those who sought to impose their authority over him.

What could possibly be going on at the club that is so beneficial to him that he is acting in such flagrancy to their ban and running the risk of severe punishment for the club for allowing him to continue to be involved there to the extent that is believed to be? Perhaps, and this is pure guesswork, the FA and the Southern League are now so convinced of the clubs imminent demise that they do not believe it to be worthwhile to act upon the ban that they themselves decided upon, and that to act upon the ruling that they gave during the summer would only provide unnecessary paperwork when the clubs demise is imminent anyway.

But they should. English football prides itself on its strength in depth and it’s historical continuity. Three years ago, we watched agog as Notts County, the oldest professional football club in the world, were bought by people who were obviously, clearly and blatantly not who they claimed to be. At the time of writing, Northwich Victoria, formerly the owners of the oldest football ground in the world, are, having sold that ground and been evicted from the one built in its place, playing in front of two figure crowds, forty-five miles from their home town and with the club itself taking action against the authorities, not to return to Northwich but to play in Flixton, fifteen miles from Northwich on the east side of Manchester.

If the Football Association doesn’t want to run the lower divisions, then fine. They are welcome to walk away from it all and leave it others. This absolute inertia in the face of liars, cheats and incompetent, however, only serves as fuel for those that would seek to paint the FA as out of touch buffoons more interested in maintaining a facade that all is well at all levels of the English game when the evidence presented by the clubs named above – and others that would comprise a list too large to reproduce in full here – has suggested time and again that it isn’t. Whatever is going on at Kettering – well, Irthlingborough – at the moment stinks to high heaven, but there has been precious little indication that anybody in any position to do anything about it has the slightest interest in doing so. Meanwhile, Kettering Town continues to die on its feet, and no-one seems to care.

Football, The Absolute State Of It – 2018 Edition 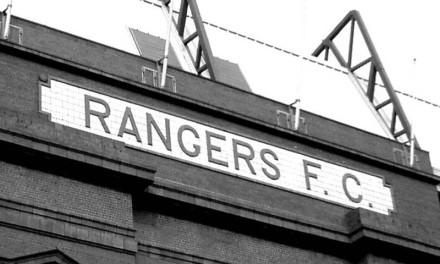