Earlier this week, Neil Ashton of the Daily Mail was in a “penthouse apartment in Leeds city centre” with Ken Bates, having been granted a rare interview with the Leeds United chairman ahead of Leeds’ League Cup quarter-final against Chelsea. It wasn’t, it should be said, the most testing of interviews for Bates, a man who frequently seems more than happy to use his own media channels to harrass those that he considers his enemies. What might appear a little more surprising, however, was the appearance of a second article on the paper’s website and in its print edition which can, in the absence of any valid “public interest” considerations (the well-established catch all explanation for dragging anybody’s personal life into the glare of the public domain), only reasonably be described as a hatchet piece on a long-time nemesis of Bates – Gary Cooper, the chair of the Leeds United Supporters Trust.

In a breathless article (which we’re not going to link to – that’s what the likes of the Mail want us to do), Ashton revealed that “The man trying to secure investment for a Leeds United takeover has a failed business behind him and three county court judgements” and that “he has a chequered past according to documents handed to Sportsmail.” Now, it’s possible that Ashton genuinely believes that this story actually is a matter of considerable public interest. On the other hand, though, it doesn’t seem unreasonable to look at the timing of his two articles and reach the conclusion that Ashton’s sudden interest in the financial affairs of Gary Cooper is suspicious to say the least, and that positioning of this absolute non-story on the same page as the Bates interview in the print edition of this rag might well have nothing whatsoever to do with the “public interest” and considerably more about something else altogether.

By way of context, 995,895 specific money claims and 263,527 warrants for enforcement were made through the courts of England & Wales in 2011. County Court Judgements, in other words, are far from rare. It is worth pointing out that the publication of County Court Judgement information is not illegal – CCJs are a matter of public record and can be seen by anybody that is prepared to go looking for them – although we should add that, obvious though it may sound, someone  has been going to look for them. Legality and morality, however, are two quite different matters and Ashton’s hatchet piece is no more than shabby hackery and low behaviour which contrasts starkly with his own opinions – he’s talking here about phone hacking and the subsequent closure of his former employers, the News Of The World – on the morality and ethics of journalism, which were offered just two months ago in an interview with the Chelsea Supporters Group:

Everything I believed in and stood up for as a journalist: ethics, standards, principles and morals was ripped away from me by the unforgivable behaviour of others.

It would be unfair and immoral for us to speculate on anything like the precise nature of Cooper’s personal difficulties over the last couple of years. However, it is worth pointing out that he has never gone out of his way to seek publicity, and that the events of this period of time must have been dreadful for him and his family – for whom even the most tenuous of justifications of “public interest” surely do not apply – without his personal problems being splashed all over the football pages of one of the most-read news websites in the the world and a national newspaper which sells two millions copies per day. Cooper, for his part, issued a statement on the subject through the Leeds United Supporters Trust website, which can be seen here, which was both heartfelt and dripping with dignity. A sample of it reads as follows:

When I was contacted yesterday by Neil Ashton of The Daily Mail and he told me of his intentions to print the article I asked him what his motivation was for doing so, and he couldn’t answer other than to say he felt it was in the public interest. The intimation was that I had upset someone enough for them to take the time to look at my background and my family history, investigate my personal financial affairs and publish a story that doesn’t tell even a quarter of the facts or have any moral consideration for the innocent people it would hurt – namely my wife and children who have done nothing to deserve private family matters being made public for all to see. That didn’t matter to Neil Ashton, nor did it matter to his ‘source,’ but it mattered to me not because of any hurt or embarrassment to myself but because of what it could do to my family, and to the loyal members of LUST for whom all of the work the board and I have done has been for and about.

The hysterical rantings of the press since the findings of the Leveson inquiry (which started before the report was even released) have betrayed the real interests of the press barons of the twenty-first century and those that do their bidding. Neil Ashton’s attempt to discredit Gary Cooper – and what his motives for doing so are almost an irrelevance – is exactly the sort of thing that repulses people about the modern mainstream media: dragging someone into the public arena, into a modern equivalent of the stocks, seeking to discredit them and then hiding behind the specious catch-all justification of saying that doing this is somehow in “the public interest” to justify it. It’s shabby, it’s snide and it’s low. And it is absolutely representative of the journalistic culture that we might have hoped that the findings of the Leveson inquiry might have been able to get to grips with.

There is, however, a silver lining to this fetid-stinking cloud of a story. One Leeds United forum has set up a fighting fund to pay his legal bills, and this story being thrust into the spotlight in such an unedifying manner seems to have brought the supporters of the club in a way that might not have happened otherwise, whilst giving considerable publicity to the Leeds United Supporters Trust that it might not otherwise have received. If Ken Bates or someone working on his behalf was behind the “leaking” of this non-story, well, such behaviour would be no great surprise. He has been delighting in it for as long as most of us can remember. To see a national newspaper and a reasonably well-known and established football journalist giving the impression of colluding in it, however, leaves an extremely sour taste in the mouth. This story was not, and cannot in any way, be considered a matter of “public interest.” 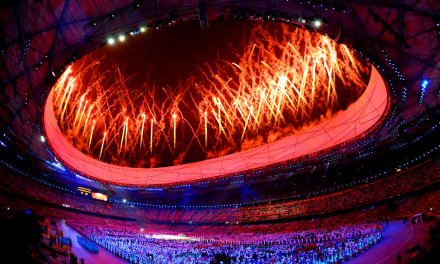 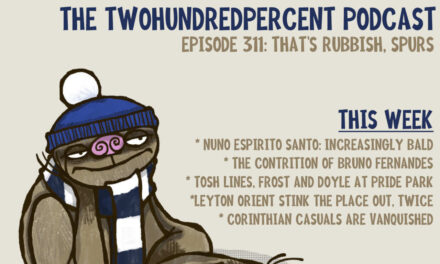