Ken Bates: Master Of PR & All He Surveys

I should be on my knees every day, thanking my God that my only experience of Kenneth William Bates, chairman but not owner – oh no – of Leeds United, was brief and indirect. And it summed him up too. In the 1990s, Chelsea’s reserves in the old Football Combination played their “home” games at my team Kingstonian’s ground. As part of the deal, Chelsea played an annual pre-season friendly against the Ks. And they treated it as a proper first team occasion. Matthew Harding once drank the bar dry. An ineffectual Gianluca Vialli was once substituted after an hour,and Pierluigi Casiraghi limped off injured shortly before half-time in his one appearance.

Bates turned up once, revelling in his two favourite scenarios. He was the centre of attention, the press photo pack focusing on him rather than Kevin Hitchcock for some strange reason. And he was conning people. A tabloid newspaper was involved in some Chelsea-related sponsorship. And Bates was in his seat, proudly reading his copy… or at least looking at the pictures. But, of course, he wasn’t reading the paper at all. Tucked inside the paper was another publication entirely, the magazine he was actually reading. He was fooling them all and he was loving it. But Bates wasn’t making any point to anyone else, at least anyone else important in his scheme of things. The only people sat behind him were the directors’ box stewards (myself and two others) and Kingstonian’s PA announcer, a chap called Brendan Frawley who had a life so could care not a jot for what Bates was up to. Bates was deceiving everyone, purely for his own gratification. It was one way he got his “kicks.”

The Daily Mail’s Des Kelly recently drew a similar conclusion from his experience of the man. In a wide-ranging but occasionally quite odd feature on Bates, Kelly got to the questions of the ownership of Leeds United, including the obvious one: “Who?” It is not a question answered in any meaningful way by the “Ownership Statement” on the club’s website which the Football League has recently made a requirement for its member clubs, in an attempt to institutionalise greater transparency. And Kelly believes that Bates’ refusal to identify people who are technically his bosses is explained away as “(keeping) everyone guessing and at arm’s length” because “he just likes to be mysterious.” “Why? I’ve no idea,” Kelly concludes, his investigative journalistic faculties temporarily elsewhere.

The Mail’s headline writers didn’t see Leeds’ ownership as the story, preferring to concentrate on Bates’ typically disparaging comments on foreign ownership of English clubs. Through the usual bluster, these comments were revealing. Unfortunately, what they revealed most of all was Bates’ pig ignorance. It says plenty about Liverpool co-owners Tom Hicks and George Gillett that you could read Bates’ wild swipes at their integrity and ability and not feel any sympathy for them. But otherwise, Bates was some distance wide of the mark on an issue where his criticism ought to resonate. “Most of the clubs who are in the ***t,” he opined (he has to swear, he’s controversial), “are, or were recently, in foreign ownership.” But, on the verge of a good point, he ***ked up (hey, this ‘controversial’ stuff is easy). “Look at them,” he adds. “Hull City, Derby County, West Ham, Notts County, Portsmouth and Cardiff.”

It will be news to Hull City that they are under foreign ownership, especially to Hull owner Russell Bartlett, unless Bates considers Essex to be another country. Derby County were landed in the sticky brown stuff by some very British gentlemen. Of the four jailed for various frauds and money-laundering, only one was not based in these isles. And he was “Monaco-based”, which made him about as “foreign” as… er… Ken Bates. And the whole point about Notts County’s tribulations last season was that the owners were NOT foreign at all but people such as Russell King and others who were using a foreign veneer to give their plans some shine.

Bates could not have been more wrong and inappropriate if he’d followed up his list by suggesting that “the trouble is people come into the game and think they can make a fast buck”, a field in which, as older Oldham Athletic fans will readily testify, Bates was something of a trend-setter. Kelly let these errors pass, even though they fatally undermined the point Bates was trying to make. Naturally, he wasn’t going to get any decent access to Bates unless the feature was some sort of hagiography. But Kelly should have helped him out here. Kelly was quick to establish his anti-Bates credentials, pointing out very early on that he’s been “banned for life’ (“twice”) in previous incarnations. But there was no danger of a hat-trick.

Bates’ involvement in the set up of the Premier League and its grab for all the major TV money was listed as an “achievement”, alongside his involvement in the rebuilding of Wembley Stadium. And introducing CCTV at football grounds was, apparently, a “landmark” worth claiming. Kelly said less about Bates’ contemporaneous idea of electric fences at football grounds which, David Conn once memorably noted, the local council rejected because it “did not believe the Chelsea chairman’s custodian duties extended to electrocuting his customers.” And Bates was allowed to repeat, without challenge, his criticism of potential football club investors who “always disappear” when asked for proof of identity and funding. This was Ken Bates saying this. Kelly was unable, or unwilling, to point out the irony.

Much of the feature was based around Bates’ ambitious building plans for the land surrounding Leeds United. Kelly eventually identified them as a form of “Chelsea Village 2.” But again he refused to make the obvious point that Chelsea Village took Chelsea Football Club to the edge of financial collapse before a certain rich Russian saved the day. Instead Bates suggested, without challenge, that while “everyone took the ***s out of Chelsea Village, pretty soon everyone was copying the idea.” Here is where the interview lurched into the arena of the odd. Kelly was taken around the afore-mentioned building sites and noted that “workmen scurry to look busy or simply run for cover as we approach, tipped off the chairman is about to make a snap inspection by covert calls from the main office.”

Kelly, I’m kindly assuming, was just trying to portray Bates as a feared figure. But what came across was a workforce not doing a jot of work if Bates wasn’t coming around…and one with an early warning system to avoid this laziness being exposed – although the “covert” calls weren’t covert enough to overcome Kelly’s investigative journalistic faculties, timeously restored. All the time, Kelly referred to the plans as “his” – Bates’. None of it is, of course. Bates is just the club chairman working for faceless companies many miles off our shores. But that’s not how he walks and talks.

Who is Bates answerable to? Kelly asks, during his brief brush with the real issue. “My shareholders,” Bates replies. And Bates talks down potential investors as “the cousin or a brother of some sheikh or sultan who plans to bring ME untold millions.” No mere chairman talks like that, unless they’re the owner too, as Kelly eventually acknowledged. But he failed to consider the consequence of his admission that “the idea that Bates would ever put himself in a position where he is answerable to others seems laughable – he has spent his entire life ensuring he has control.” Laughable or not, Bates has told the Football League that he IS “answerable to others.” Kelly was still unable, or unwilling, to point out the irony.

It remains a live issue because Bates’ takeover – controversial, naturally – of Leeds in 2007 was predicated on he having no connection with anyone involved with Leeds’ debts at anytime ever. Without reiterating the detail here, it is far, far from certain that Bates would have had the necessary support for his CVA proposals if, as Kelly said: “My guess is that Leeds United are owned by Bates and another couple of business backers that he has known for years” (this is probably based on Patrick Murrin and Peter Boardman’s names appearing in paragraph 94 of Leeds’s ownership ‘clarification’ statement – Murrin is a long-time “associate” of Bates). But if Kelly’s conclusions are correct, Bates can only be secretive for two reasons. And it can’t be because Bates has something to hide because nothing of the sort has ever been proven, despite financial regulators’ and investigators’ best endeavours down the decades.

So we must conclude that Bates is doing it all for the same reasons he pretended to read that tabloid newspaper at Kingstonian all those years ago. He simply gets personal and private gratification from the meaningless deception of those around him. Add that to the vanity and ignorance which permeated Kelly’s feature and you are not left with anything pleasant or admirable. A true Master Bates, in fact. 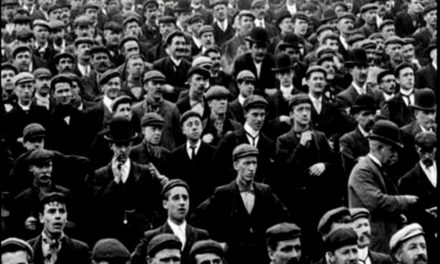