In an interesting and thought-provoking article in the Guardian this morning, Sean Ingle decided to address a question which has occasionally been asked by football supporters before. Considering that there are publicly supported because they are perceived to be in the wider interest of society as a whole, and considering that at least of some of these – the National Opera, we’re looking quite plainly in your direction – might it not be justifiable to treat our football clubs as institutions of cultural importance in the same way and offer them a similar level of public subsidy? It’s an appealing idea. After all, all football clubs – including lower division and non-league clubs – carry a benefit to a community that is measurable in some respects and less obviously tangible in others, and what look, on the surface, like what should be a tiny amount of money to an entire community in a broad sense could often be enough to keep the wolves from a football club’s door in times of dire straits.

The question at hand, however, is obviously far from straightforward, and the most obvious issues with the notion of giving public money to football club’s are fairly straightforward. Firstly, and most obviously, football clubs are businesses, in competition with other businesses. When their clubs get into trouble – or, indeed, when they need any sort of special favour – owners of both the hapless and sly varieties are very quick to start talking up the value of their club to their communities. Otherwise, however, football club’s are involved in a cut-throat business in which a degree of financial one-upmanship is required to secure the services of players, staff and facilities that will assist in the over-riding obsession of the overwhelming majority of football clubs – the acquisition of silverware and the reflected glory that comes with success on the pitch.

All of this leads us to the single biggest reason why football clubs shouldn’t be “bailed out” by local authorities should they get into financial difficulty. Ultimately, football clubs very seldom get into financial difficulty because of entirely external circumstances. Most football clubs get into serious financial difficulty because of mismanagement – whether deliberate or otherwise, which includes living beyond their means – or because of circumstances that, ultimately, were within their control at a point along the line. Consider, for example, the ITV Digital fiasco which led to a rash of insolvency events at clubs during the early years of the last decade. We could consider the collapse of this television broadcaster to be a matter of an exenuating circumstance which was beyond the control of the clubs affected by it. Except it wasn’t. It was the Football League acting on behalf of its member clubs which agreed the contract in place, including the lack of clauses which allowed its owners, Carlton and Granada, to close the business down and walk away with no responsibility when it didn’t – as it was never, ever going to – work out.

The great and the good made mealy-mouthed statements about the broadcasters having some sort of moral responsibility to honour the deal – ” Carlton and Granada should stand behind the contract that they signed,” the Football League’s Graham Kelly told the BBC’s Today programme in 2002, “They said they would stand behind ITV Digital. They have a moral obligation.” – and there was even talk of a future boycott of signing television contracts with ITV as a result of it all. “There should certainly be serious consideration about whether there should be any future deals with ITV after they have pulled the plug on this one,” said Gordon Taylor of the Professional Footballers Association at the time, for example. There was, however, one problem with this. Football clubs had already become dependent on television money to an extent that they relied more on the broadcasters’ money than the broadcasters ever could be on the television audiences that football – and in particular football below the Premier League – could ever bring. There never was a boycott of ITV by the Football League, and in 2004 – just two years after the ITV Digital debacle – ITV began a five year contract to show Football League highlights.

And herein lies the rub. Professional football in Britain has already chosen the financial path that it wants to follow, and it is impossible to believe that the current crop of individuals that run clubs in this country would change this under their own volition. Clubs under the ownership of supporters trusts could be considered a different kettle of fish, but these clubs remain very much in the minority and should – although they don’t always – also be bound by rules which keep their spending sustainable. Outside of this small number of clubs, football remains in thrall to free market capitalism and this manifests itself in virtually every aspect of the way in which clubs do business, from continually rocketing wages – the only aspect of anything that could be described as “trickle-down theory” that has ever actually trickled down from the Premier League to the lower divisions – to the shoulder-shrugging at ever-escalating ticket prices. Everything is about supply and demand, these days, and in a culture that that is so nakedly ruthless in so many aspects of the way in which it does business, it is difficult to think of any justification for bailing out those that fall by the wayside on account of losing out in this lengthy game of survival of the fittest.

None of this is to say that football clubs don’t – or can’t – have a broader value to their communities, one which that goes beyond their operations as a business and into the realms of civic duty, and by the same token support offered by local authorities doesn’t only have to been seen through the prism of the idea of throwing public money onto the bonfire that is players’ wage demands. Councils can provide logistical and financial support to clubs in upgrading their facilities where the club will show a demonstrable value to its local community at large for a facility to be built or renovated. In the case of several clubs (Swansea City and Hull City spring immediately to mind, and there have been plenty of others beside), local authorities have actively helped to fund the construction of a stadium, whilst plenty of others have provided logistical support to clubs in other ways, from cutting business rates to taking grounds into trust so as to protect them as assets.

In order for football clubs to be regarded as institutions of municipal importance rather than merely businesses, and businesses that are frequently exceptionally badly run, though, will take a shift in attitude from more people than merely those that work for councils. It will take an attitudinal shift from the authorities who run the game, who have allowed financial mismanagement on an epic scale at clubs both large and small, from those that run clubs themselves, to start seeing beyond the ends of their own noses and try, for once, to act for the greater good of the game rather than solely the short-term benefit of their clubs and their clubs alone, and even supporters, who need to take a more active role in the running of their clubs and stop labouring under the assumption that somebody should step in and save their club, and then shortly afterwards pour millions of pounds into a black hold of agents’ fees, transfer fees and wages. Because if none of those attitudinal shifts changed and money did start to become available to clubs in financial difficulties, it’s difficult to imagine that anyone would benefit other than those who continued football’s reckless spending habits of the last twenty years or longer.

Now That Rangers Are Saved (Redux) 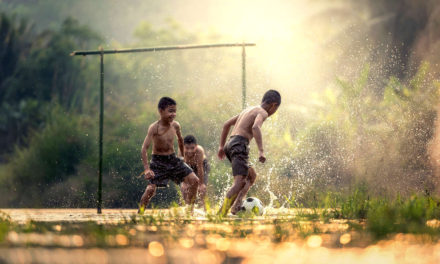