Is Hull City’s Hell Nearly Over?

So, farewell then, Russell Bartlett? An unpopular figure, who presided over initial success but ultimate failure, leaving a trail of financial misjudgements in his wake, for which he tried to blame others, it is little wonder that Hull City’s future ex-owner has been branded by some commentators as “Tom Hicks-lite.” Well, by me anyway.

At the time of writing, Bartlett is showing signs of being as reluctant to leave Hull City as Hicks was Liverpool…or, more to the point, leave his money behind in the club which has numerous debts to pay to others first, including millions to a bank. There may yet be more compelling reasons for not selling his controlling interest in the club, especially as there is currently only one potential bidder, Egyptian-born local businessman – and club sponsor – Assem Allam. But Allam himself doesn’t seem to provide any of them.

Egypt’s record in English football club ownership is currently mixed. There’s been the generous benefactor, the owner chasing debts around his business empire, the wannabe property developer with grand designs but insufficiently grand finances to match, the egotistical nutcase (reputedly) and the loyal, long-serving club man inspiring similar devotion from many fans.

All these owners have been Egyptian, exposing the danger of stereotyping club owners from the same country. Especially as all these owners are Fulham’s Mohamed Fayed. Assem Allam, in common with the rest of humanity, is of different material altogether, restricting himself on the multi-personality front to being both Egyptian and a successful local businessman. The 70-year-old has been a club and shirt sponsor for a number of years, and has expressed a firm interest in buying the club since January. This was just after allegations of financial mismanagement under the chairmanship of Paul Duffen became public, and just as Hull’s relegation from the Premier League turned from certain, if they don’t get rid of Phil Brown quick, to certain even if they do.

So if Allam, and his son and business partner, Ehab, are glory-hunting egotists, their sense of timing needs work. In fact, in every sense, the Allams seem as close to the “real deal” as modern football is likely to get from potential club bidders. Where the business interests of the 94 Indian companies and individuals interested in buying Blackburn Rovers have been either vague, distant or have crumbled under scrutiny, Allam has won many, many awards for his business acumen. In fact, if he hasn’t won every award going, there’s too many going.

Twice winner of the credible-sounding Queen’s award for enterprise, Allam has bagged a fair few incredible-sounding ones too, including the Yorkshire Exporter of the year in 2007 and the Sunday Times Top 100 profit growth in the UK (private companies) award earlier this year. Actually, it’s not entirely clear whether the latter was an “award” or just a list – and if you happen to know, you need to get out more (or, preferably, not at all). Oh, and Allam was also one of the UK’s “biggest 25 risers” in 2009, about which you can make your own jokes. Joking aside, Allam has made a success of his “Allam Marine” diesel generator manufacturing business, with a Sunday Times rich list-sized fortune which could buy Hull in its current parlous state ten times over. But while he is a keen buyer, Bartlett is a reluctant seller.

Until this summer, Bartlett had been a reluctant everything, with a public profile so low that even Howard Hughes might have complained that he was difficult to track down. But with Hull on the brink of the financial meltdown famously forewarned in its last two sets of accounts, Bartlett has come out into the open, working alongside the far more publicity-hungry former co-owner and chairman Adam Pearson to make a raft of budgetary cuts to make George Osborne drool. Bartlett’s increased profile is as much “a case of having to” as anything else. The one aspect of the club culled more ferociously than the playing staff and its concomitant wage bill has been the board.

Apart from Bartlett himself, and chief executive Mark Maguire – whose football finance track record at Stockport doesn’t inspire confidence in his financial acumen – there’s… no-one. Even Adam Pearson, who replaced the duff Paul Duffen, is off the board, moved to “Head of Football Operations” (or ‘Head of Foot’, as I like to call it, being a child). Everyone associated with the profligate financial regime which took Hull to the Premier League…and back has left the building; the latest departure being finance director James Craddock last month.

Bartlett probably has the casting vote in board meetings, so now has full control over financial policy, which is to get his “investment” in Hull back as soon as is decent. He seemed to rebuff the Allams’ initial advances in January because they weren’t offering him a chance to recoup his personal “losses.” As Allam said in the local press last month, when bid talk resurfaced, “considering the level of investment required to secure the future of the club, it would have to be for a controlling stake, or not at all.”

Allam’s dire analysis of Hull’s situation might have been borne out during the close season, as Bartlett struggled to cut costs. Twenty-three players were shipped out – some of them good (honest!). But the debts included some age-old transfer fees. And when the first slice of Premier League parachute payment appeared on the horizon in August, the “story” broke that the Premier League would insist it all went to the clubs owed those age-old fees. The inclusion of overseas clubs in this added £4m to the debt equation, roughly the money Hull owed to HMRC. This debt’s repayment deadline had already been deferred by HMRC, and Hull had set aside that 45% of the parachute payment for HMRC.

If it was going to go to domestic and foreign football creditors from Stoke to Spain, there would be none left for HMRC. Ergo, administration, said BBC Radio Humberside’s David Burns on August 2nd. This story brought Bartlett to the surface to “categorically state that administration is not on the agenda,” and to reveal to fans and public previously starved of information that: “We are well down the line in our plans to restructure the finances of the club and we are very close to reaching our target.” Ten days away, actually, as the Bartlett announced that the Premier League coughed up and other creditors had shown renewed patience. The club’s banking facility with Investec – one of the higher-profile creditors the last time Hull came to national attention – was renewed, with Hull given two years to find the £9m they owed them. And Bartlett reported that football creditors would be “paid in full” by this time next year, thanking them for their “(participation) in extended payment arrangements during the financial restructuring process,” and promising that the club could “now look forward to a period of sustained financial stability.”

It was a negotiating coup, enhanced by the club’s ability to attract Nigel Pearson as manager on the basis of the club’s future ambitions which, in squad terms, were still “sell, sell, sell!!” as high-earners such as Jimmy Bullard proved difficult to unload. So the “search for investment” was on – the same search that many crisis clubs have undertaken in recent years – Exhibit A: Hull’s Yorkshire neighbours Sheffield Wednesday. They didn’t have to look far, although Pearson suggested that the search would encompass “financial institutions” as well as “private individuals.” Allam was still very much on the scene and re-emerged as an interested bidder in mid-September. But neither he nor Bartlett’s positions had changed since January. And the Hull Daily Mail newspaper reported that a renewed Allam bid was “highly unlikely.”

However, they were proved wrong in stunning fashion a fortnight ago. People newspaper journalist Alan Nixon took a week off from breaking news of “imminent” Blackburn takeovers to report an “imminent” Hull takeover by an “American investment group”, adding a seriously attention-grabbing detail:”Insiders claim Peter Ridsdale is involved in the move.” If this was a scare tactic, and modern football hasn’t got a scarier tactic, it worked – it scared the hell out of me for a start. Allam submitted a revised written offer for Hull within days. And on October 18th, Bartlett and Pearson were caught on various cameras leaving Allam’s business premises after “a two-hour, face-to-face meeting” – the fact that they had to go to him possibly not without significance.

There is still a gap between the sides, though. Allam went public with his club ambitions: “A little more financial stability (more?). The club needs a cash injection to pay the debts…to relieve the pressure from creditors and to acquire new players.” He has reportedly pledged £12m (£9m to pay off Investec) and would take over responsibility for the rest of the club’s debts, which are as least £20m.

Bartlett was a touch more circumspect, saying he had been happy to meet the Allams and…er…that was it. And if you relied on the club’s website for your news, you wouldn’t know there were any talks at all, although “the teamsheet from Tuesday night’s game against Sheffield United” was “available…to download free of charge.” So that was alright. It emerged, though, that he had instructed Adam Pearson to inch beyond his head of football operations remit and meet with the Allams again to work out a deal. It was a meeting from which Pearson emerged as part of Allam’s bid as a co-investor, which probably wasn’t Bartlett’s intention.

A 3pm, 22nd October deadline also emerged from the meetings. But if that was designed to chivvy the process along, it failed. At the time of writing, the Allams are “happy to play the waiting game.” And so must we. Hull have a similar problem to Liverpool under Hicks – club interests and shareholders’ interests clashing furiously. Bartlett’s cost-cutting measures have helped deal with past debts but won’t help the team in the present or the near-future; on current form, they can’t even buy a goal let alone any new players. So while Bartlett’s shareholder interests are being promoted, the club stands less chance of being so. And for all the good work Bartlett appears to have undertaken to secure the club this summer, his responsibility for the insecurity in the first place should not be overlooked.

People such as Duffen and Brown have publicly taken their share of the blame, and rightly so. But everything that happened to Hull – good (promotion), bad (relegation) and ugly (insert your own Hull hate figure here) – happened on his watch. It is probably in Hull’s best interests for Bartlett to sell. It is possibly in Hull’s best interests for Allam and his co-investors to buy. But that guarantees nothing in modern football. And Hull’s hell may be far from over.

The Power Of The Premier League 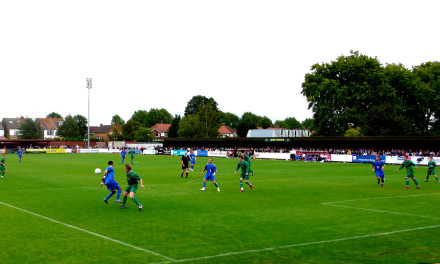