Hull City & The Worst Promotion Ever

There must have been times over the last few months or so when the supporters of Hull City have wondered why they even bother. Over the last couple of years, they have been booted from pillar to post by their club over the “Hull Tigers” fiasco, a sequence of events that demonstrated very clearly where their interests fell in the club’s list of priorities, but somehow, even in the midst of promotion back to the Premier League, the club has started to unravel in such a profound way that to merely read a newspaper article about the club feels like slowing down to rubberneck at a car crash.

Football, on the whole, follows very distinct conventions, and perhaps the most calcified of all is that promotion is A Good Thing. On the whole, it is. It particularly is when your team manages it in the way in which Hull City did at the end of last season, through the play-offs, beating a localish rival in the final, and at the beginning of a new Premier League television contract which guarantees the club £100m for merely existing over the course of the coming twelve months. Yet somehow or other Hull City have managed to make such a hash of the last three months that supporters who should have been feeling a degree of post-promotion optimism are feeling more disillusioned than ever, while the club itself looks barely fit for purpose.

The headline story of the summer was, of course, the departure of manager Steve Bruce a couple of weeks ago. The rumour mill has it that Bruce left the club after being promised a relatively meagre – when we consider that Hull only finished last season in fourth place in the Championship table – £18m to rebuild his squad. Considering the amount of money the club made from its play-off win, he might have expected a little more in order to give the team a fighting chance of staying in the Premier League this time around, but this evidently wasn’t the case. Considering the relative urgency of the situation, it is certainly surprising that the club is yet to bring in a replacement yet, and the names that have been thrown around in conjunction with a job that is increasingly starting to resemble a poisoned chalice only really hint at the likelihood that there is no strategy within the club at present.

Two words spring to mind when considering all of this: power vacuum. Dr Assem Allam, who has taken the majority of both the brickbats and bouquets to have landed around The KC Stadium in recent years, has been seriously ill for some time. Although the details of his illness have not be issued into the public domain, it is known that he underwent surgery at the start of June, and in his absence his son Ehab, the club’s vice-chairman, has been running the show instead. Ehab Allam certainly does a pretty good impression of being a one man public relations disaster. In March of this year, he told the Yorkshire Post newspaper that the Premier League’s incoming £30 cap on away tickets was “not in the interests of football”, and just a few weeks later he incensed some supporters by introducing a new membership scheme that did away with concessionary prices. The decision to do away with concessionary prices has also seen the club in conflict with the Premier League over the course of the summer, of course.

The events of the last few days, since Steve Bruce’s resignation, have only served to underline the extent to which there seems to be little joined-up thinking at the moment. The names associated with the manager’s job at the club reads like a list of out of managers that somebody has identified as either the flavour of the month or as available and with a familiar name. The Football Association of Wales has, unsurprisingly, refused the club permission to speak to Chris Coleman after their team’s successful run at Euro 2016, whilst the names of Roberto Martinez and Gianfranco Zola have also been thrown into the mix, presumably because Ehab Allam has at least heard of them. The club has acted with no clarity over how it intends to stay in the Premier League this season and, considering the amount of negative coverage it is receiving at the moment, it’s worth asking the question of what calibre of manager would want the job of trying to keep this club in the Premier League in the first place.

Last week, the favourite for the job was the former coach of the United States of America team and now the coach of Le Havre, Bob Bradley. His sudden appearance in betting lists fuelled speculation that an on-off takeover bid being made by an American consortium might yet be on again, but this news has cooled again over the last couple of days. Perhaps this isn’t surprising, though, when we consider just how threadbare the team is at the moment, with just thirteen fit players at present, and this situation could deteriorate further should Mohamed Diamé – and this now looks like a “when” rather than an “if” – trigger his contractual release clause and depart the club to join Rafael Benitez at Newcastle United. Freshly promoted to the Premier League, the club offered Diamé a new contract, but this appears to have been politely turned down. When a player rejects terms from a club to drop a division to play elsewhere, we might venture, he is making a not especially complimentary statement about the condition of the club that he is leaving, whether intentionally or not.

Who, in all honesty, knows, though? After all, this is – for this season, at least – a Premier League football club and finding a talented manager should not be beyond the abilities of those that are currently running Hull City. Even if this season turns out to be the omnishambles that it is threatening to be at the moment, surely any new manager would aboid the worst of any oppobrium being hurled about. The target of that is highly likely to be Ehab Allam, one would expect. The sort of summer that Hull City have had, however, does bring to mind certain existential questions that are worth pondering. If a club is as badly prepared for life back in the Premier League, was it worth – in any sense other than financial, of course – the effort of getting promoted in the first place? And what, exactly, is the incentive for the club’s supporters to invest hundreds of pounds each on season tickets when the prospects of seeing the team do anything more than just about hold itself together whilst held together with sellotape seem so remote? These are questions that will certainly be running through the heads of some Hull City supporters with twelve days to go before the start of the new season. The very fact that they should even be considerations at this time of year is not something that reflects positively upon Ehab Allam in any way whatsoever.

Do you appreciate what we do here on Twohundredpercent?

If so, you can support this website (and receive a monthly e-magazine) by clicking here. 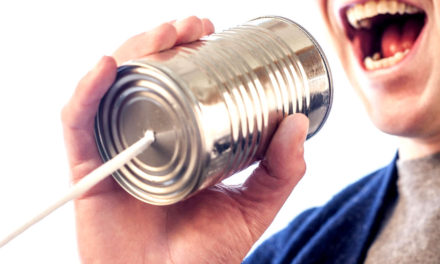 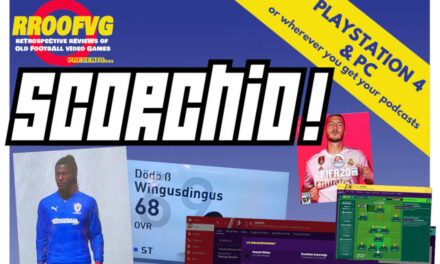