These matters are usually relative, but on the sixth of February this year, the season was progressing reasonably healthily for Hull City. Sure enough, the owners were still sounding off about that whole “Tigers” thing – seldom elsewhere in recent years have the owners of a football club made its very nickname so unappetising to such a large proportion of its supporters – but Steve Bruce had just been awarded the Manager of the Month award for January and even a one-nil defeat couldn’t dislodge the team from the top of the Football League Championship table. Following relegation at the end of last season, it seemed as least as likely as not that a quick return to the Premier League was on the cards for this club.

Two wins from their next three matches was enough to keep that pot a-boiling for another couple of weeks, but since then – and despite a couple of recent wins against mid-table teams with little left to play for of much interest for this season – the wheels have rather fallen off this wagon. Since winning at Ipswich Town on the last Saturday of February, Hull City have won just three of their eleven league matches, a run of form that has seen the team fall away from the race for an automatic promotion place and into the uncertain world of “the play-off contenders”, alongside one of Middlesbrough, Brighton & Hove Albion and Burnley, Derby County and – most likely, though not yet certainly – Sheffield Wednesday.

Such a run of mediocre form might would, in these febrile times, probably be the source of discontent at many football clubs, so goodness knows what those that run the club were thinking of when, in the middle of last month, they decided to roll out a ticket scheme for next season which, according to vice-chairman Ehab Allam, made the bold claim that: “For too long, the price of football in this country has been much too high. This new scheme will at least ensure the same cannot be said of Hull.” It was an extremely bold claim and it may be that cheaper tickets is the way that this will work out for some of the club’s supporters. As ever, though, there was devil in the detail, and the detail didn’t reflect very positively upon the Allams. Again.

The key objections held by supporters to this particular innovation seem to rest on two particular matters: firstly, that hundreds of season ticket holders will be evicted from seats – with groups that have sat together for a long time being broken up – in order to satisfy the requirements of the new system, and secondly that there will be no concessionary tickets available from the start of next season. Not to over-65s, not to children, not to the financially disadvantaged, not to anyone. It could almost look as though price reductions to those that can most likely afford the prices already charged by the club are being subsidised by huge increases payable by those that can least afford them.

On the matter of supporters being told to move seats, it is a reasonably common currency at football clubs that renewing season ticket holders are given the opportunity to buy a new ticket for the seat that they currently occupy at the end of each season. As outlined above, people do have a tendency to buy season tickets in groups together. The Allams may have not much – if any – experience of what it’s like to be a match-going supporter who pays their own way, but many of us do still cling to the social side of the game. For many, going to the football on a Saturday afternoon isn’t an event that starts at ten to three on a Saturday afternoon and ends at five to five. We socialise together before and after matches. We sit and talk together. Sometimes, if the football isn’t very good, we might not even pay that much attention to the match itself. We’ve paid our money. We’ll experience the game as we like, within reason.

The issue of removing concessionary prices is more contentious still and, if anything, is even less defensible than breaking up groups of supporters that have sat together for a long time or moving long-time seat holders from their preferred spot. It should go without saying that older supporters are those that are most likely to have supported the club for a very long time and that those post-retirement years can be those when finances become more straitened for many. What message does it send out to those older supporters when the club removes the right to buy concessionary tickets from them?

The same question could be asked of younger supporters. The ubiquity of the Premier League only seems likely to grow over the next few years, and there are already plenty of viewing options on a Saturday afternoon for those who might find buying a season ticket for a Football League club to be something that might be a financial stretch. There are no guarantees of Premier League football for a club the size of Hull City, and those clubs who exist outside the gilded twenty will not have the luxury of telling inconvenient supporters where to go and relying entirely on their lovely television loot. Perhaps the Allams believe that they can do without the majority of their next generation of supporters. Regardless of where one stands on the moral aspects of such matters, it still sounds like a risky business policy, to say the least.

But let’s take a step back from Football As A Business for a moment. We really do hear enough about that these days, after all. Instead, let’s take a moment to consider what it says about the owners of Hull City at the moment that they are prepared to abandon concessionary ticket prices. Is the club saying – because it certainly seems to be tacitly doing so – that they don’t really give a toss for their older supporters, who may have been attending Hull’s matches for decades, through thicker and considerably thinner circumstances than now, to an extent that a proportion of them can be cast to one side.

In the case of younger supporters, one can only wonder what the mentality can be behind any football club owners who seem to be going out of their way in order to discourage young supporters from going to matches. It has been known for many years that a combination of high ticket prices and other distractions of a weekend have been pushing the average age of the match-going supporter up, and all football clubs are going to need the teenagers of today in ten or twenty years time, with the problem being that those intervening years may well allow those cast aside to find other ways of passing their time that don’t involve spending a king’s ransom in order to watch what is often very average football.

The Hull City Supporters Trust have taken up the fight on this matter, and at times like these one can begin to wonder whether the Allams actually even deserve supporters who will fight tooth and nail for the club’s supporters like this. Hull may well end up back in the Premier League come the end of his season, and the KC Stadium may be packed to the rafters will happy-clappers who will pay whatever the Allams demand of them in return for the chance to watch Premier League football in the flesh. The law of averages, however, tends to suggest that Hull City will need the dyed-in-the-wools, the youngsters, the old-timers… the very people that they seem to have spent most of the last few seasons doing their absolute utmost to piss off. If they lose the day-trippers and the rest have found something better to do with their time, only the dreadful Allam family will be responsible for what may happen next. 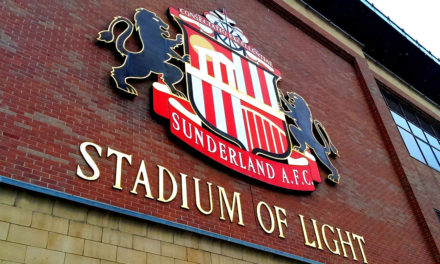 Sunderland Til They Die