The transfer chaos that has engulfed European football this week has, to a point, come a little out of the blue. There had been whispers that Cristiano Ronaldo was seeking an escape route from Juventus for a couple of weeks, but in the maelstrom of activity elsewhere, little credence was given to the story. With Sancho, Messi, Kane and Lukaku all hogging the headlines for varying reasons, there seemed little reason to push too deeply into this particular story, as well. Where would he go anyway? PSG were busting the bank on Messi. Real Madrid, we thought, were skint. Manchester City were chasing Harry Kane, and Barcelona were definitely skint. And who else, realistically, would be interested and able to afford him?

The whole of the football world gave a theatrical double-take on Wednesday night, when it was confirmed that Read Madrid were planning to offer €160m to take Kylian Mbappe from PSG. Mbappe’s contract with PSG runs out in 10 months time, at which point Real could pick him up for nothing. Alternatively, in just 128 days they could legally sign a pre-contract with him, committing him to the Bernebeu from the start of next season, for nothing. It’s such a ludicrous waste of money, it was said, that they’ve made an offer that they know will be rejected, but yesterday they were already back at the bargaining table, with Real upping their offer to €180m.

At this point, of course, we might be forgiven for wondering who is the more stupid, here. Is it Real, for offering so much money for a player that they could literally pick up next summer for nothing? Or is it PSG, for not biting their hands off to accept an amount of money that would come close to paying for Lionel Messi, lock, stock and barrel? Truth is, it’s entirely plausible that this isn’t about money in the first place, and that the rest of us proles are being a little gauche in fixating on the shiny numbers. This is an arms race, a Cold War that is turning hot. Or, for those of you  who prefer your metaphors a little more crudely expressed, a dick-swinging competition.

The only rational conclusion to reach from all of this is that money is literally no object, in that it’s a relative irrelevance, at least to one side. The players are passed around like pawns in a real-time game of penis-revolving chess. If Real Madrid bid €160m out of the blue and then €180m the next day, how much more can be squeezed out of them? And what effect would this have on their finances? They’re not in quite as bad a shape as Barcelona, but they still have debts of €770m. It seems utterly implausible that they could make anything like their money back in a year, and that’s before we take into account the small matter of his wages and the other costs of having him there. Goodness knows where this all ends up. Probably, at a guess, in a smoking crater. The doctrine that governed Cold War defence was called “Mutually Assured Destruction”, or “MAD”, for short. This, it increasingly feels, is elite level football’s very own form of MADness.

Yesterday morning, meanwhile, started with news that we’d rather been expecting, a public statement from Harry Kane, essentially confirming the collapse of his hopes of joining Manchester City. It was reported that City had only offered £75m plus add-ons for Kane, an amount which vindicated those who openly questioned how keen they even were to sign him in the first place. Anybody could have guessed that Daniel Levy was not going to sell his biggest asset to a rival Premier League club for anything less than a vast amount of money. In the rapidly overheating world of megaclub transfers, the offer made was never going to cut it, and Manchester City surely knew this. If Harry Kane should be angry at anyone over this, he should probably be angry at them.

Kane also has a lot of rebuilding work to do to his reputation. He spent a lot of time cultivating his on-field persona, and this included strains of both professionalism and leadership. Both of these qualities have been notable primarily for their absence with regard to his conduct over this transfer, and the best that we can say for it all is that he has been exceptionally badly advised. Goals may well prove to have a pacifying effect on a proportion of the Spurs support, but while some have been performatively angry about it all, for many more there has just been a feeling of overwhelming disappointment that this relationship with this player should have ended up this way, coupled with something of a shrug at him deigning to lower himself to play for Tottenham Hotspur again this season.

Contract law is contract law, and it doesn’t respect ‘gentleman’s agreements’. It is legally possible to form a verbal contract that’s legally binding, but ‘gentleman’s agreements’ would not ordinarily meet the threshold required by law, and certainly not for contracts worth tens of millions of pounds. Will Charlie Kane now fade back into the background? It would probably be advisable for him to do so, since there are likely few less popular people at The Tottenham Hotspur Stadium at the moment. Even those who are prepared to cut Harry Kane considerable slack over the events of the last three or four months are unlikely to extend the same courtesy to his brother.

Those amongst us who were wondering how Manchester City might ever recover from the disappointment of all this got their answer later in the day. There are two sides to Manchester City at the moment. On the one hand, there’s what we might call the ‘football operation’, and on the other there’s what we might call the ‘sportswashing’ (or, if we’re feeling kinder about it, the ‘brand management’) side of the club. The ‘football operation’ has, as you may have noticed, been superbly run over the years. City have state of the art facilities and have had a transfer policy that has eschewed ‘celebrity’ signings in favour of building a team that transcends the sum of its parts.

But when these two differing visions clash, it now seems evident that the latter usually wins. That will certainly be the perception of the club, if Ronaldo does end up at The Etihad Stadium. It’s difficult to think of a stranger or more cognitively dissonant signing than this, for Manchester City, at least. Ronaldo is now 36 years old, and over the course of his three years at Juventus the club, if anything, started to look less powerful than it had done prior to his arrival. They lost the Serie A title one short of winning ten in a row, and their Champions League progress stalled year after year. They exploded their wage structure in order to accommodate him, but it’s difficult to see what tangible benefit they’ve actually taken from his three years there.

The upper echelons of elite European club football require complete players in every position, and it’s difficult to imagine Ronaldo being the sort of player who will be all over the pitch, winning back possession and defending, as well as scoring 20 or 30 goals per season. Such is the rarefied air at the top end of European club football that ‘just’ scoring quite a lot of goals isn’t really enough, any more. There will doutbless be some glorious moments for the CR7 showreel should he sign for Manchester City, but the risk of unbalancing the squad with such a signing is real, and bringing in a 36 year old would seem to be sharply against the philosophy that has dictated how the football side of the club has been run for most of the last decade or longer. There’s little point in even talking about the money, though. We all know that it’s no object here, too. The concept of ‘value’ has no meaning here.

The actual Cold War started to wind down when one of the sides involved went too far in trying to keep up with the arms race. But is elite level football starting to head in the same direction? The wild west capitalist economics of professional football will continue to boil down the whereabouts of the planet’s finest footballers until they are owned by the smallest number of clubs possible, and it’s clear that the European Super League was conceived as a stepping stone towards that ultimate aim. Competition, Florentino Perez et al decided years ago, was a thing of the past. But the biggest clubs remain in furious competition with each other, and even if the ultimate destination of silverware ends up being sidelined, these battles will continue because this long ago ceased to be about sport in any meaningful way. How much damage will this do? Supporters of Barcelona might be about to find out, and others may be about to follow.

For Some, Relegation Rumbles On 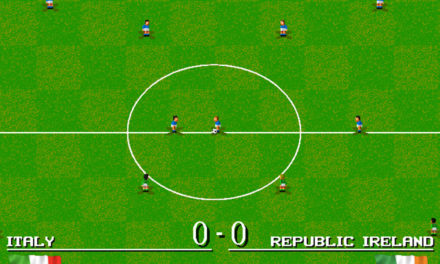 Merthyr Town & A Matter of Trust