At the end of the day, Brian, it’s probably all about the stock market, and the stock market just loves this sort of shit. He’s a global icon, with 333m followers on Instagram. He will probably score goals, regardless of what happens elsewhere on the pitch. He will shift a ton of shirts. The razzle-dazzle will return to Old Trafford, with this flourish of the cheque book. And they can take all of this and wrap it in an almost sentimental narrative about “coming home” and present it as sticking one over Manchester City at the same time.

At the time of writing, Manchester United’s stock price has risen by 6.72% (it did jump as high as 8.8%), and that’s done some people a lot of good, regardless of whether Manchester United win the Premier League or the Champions League or not, this season. Meanwhile, the protests of just three months ago will likely fade further into the distance, especially if the team with him in it does click on the pitch.

Questions will be asked about about whether Manchester United will be able to accommodate him in their team are valid, though. It seems difficult to believe that, considering how instrusive the tabloid press is when it comes to people with this level of celebrity and the fact that nothing was said about it at all this summer, it can hardly be said to have been on the cards for a long time. So how, exactly, does Ole Gunnar Solskjaer do this and integrate him into the first team squad? And the criticism of him, that Juventus deteriorated with him in the team, regardless of the number of goals he scored himself, remains valid.

But there’s an elephant in this room, and it’s one that largely flew out of the window this afternoon. Cristiano Ronaldo, a man so famous that I can easily write 250 words about him without mentioning his name and you already know who I mean, has been accused of very serious crimes. He was investigated by the CPS after a 2005 rape allegation was brought forward by two women, but the allegation was withdrawn and Scotland Yard later confirmed that was insufficient evidence to prosecute.

Two years later, it was reported that Ronaldo was being investigated over a rape allegation by the Las Vegas Police Department, which dated back to 2009. Documents confirmed by Ronaldo’s lawyers stated that Ronaldo paid a woman, Kathryn Mayorga, $375,000 as part of a non-disclosure settlement. His lawyers issued a lengthy statement denying all accusations, describing them as an “intentional defamation campaign” with parts significantly “altered and/or completely fabricated”, a claim which Der Spiegel, the German political magazine which had published them in the first place, categorically denied.

In July 2019, though, Las Vegas prosecutors said they would not charge him over allegations, with their statement on the matter confirming that, “Based upon a review of information at this time, the allegations of sexual assault against Cristiano Ronaldo cannot be proven beyond a reasonable doubt.” An issue with the forensic evidence has been said to be the reason for it, but it should also be noted that he has not been ‘cleared’ of anything. Another lawsuit brought by Mayorga is seeking to get the original settlement overturned on the basis that, amongst other issues, she signed it under duress. That case remains open, despite his legal team’s efforts to get it closed down. She claims $56.5m in damages.

What the honest truth of all of this is we don’t know, but we do know that the actual accusations have never been held up for examination by a court, we do know that there are inconsistencies in the documents from his perspective, and we do know that there remains a case ongoing. Who knows what might happen to Manchester United’s stock price should the judge in that case find in Mayorga’s favour?

In such an eventuality, and while the case remains open it is a possibility, we could be reasonably certain that Ronaldo’s stock would fall. Allegations would be repeated that can’t be made at present for (a justifiable, on acount of the fact that he’s never been charged with anything, never mind convicted) fear of libel. There would be a media scrum. And no matter how remote it may seem, that somebody as wealthy as Cristiano Ronaldo might lose such a case, it also remains possible that it could all end in arbitration, leading to a bigger settlement and a further NDA, which would silence the matter forever.

The market won’t care about any of this, though. The market sees the shirt sales, pay-TV subscriptions, social media engagement, and the other intangibles which go to build the ‘confidence’ which grows the club’s value on the stock market. And it might well not care if the signing works that well on the pitch, so long as the money keeps rolling in. The market is amoral, and amorality contains neither good nor bad morals. The market doesn’t give shit for the sentimentality which has taken this player back to Old Trafford, but it’ll sure as hell do its best to make sure that your sentimentality is appropriately monetised.

Perhaps this is what Florentino Perez meant by calling us “legacy fans”. It’s difficult to get your head around the fact that there is a growing number of people for whom the transfer market now is the sport, with the last day of the transfer window as its FA Cup Final day, and that the win comes with buying the famous footballer in the first place rather than anything they may or may not do on the pitch in the future.

Perez may have stumbled over this like a pensioner trying to explain crypto-currency (let’s al take a moment to recall his idea of selling season tickets for the last fifteen minutes of matches only), but we hear a lot about how people don’t have the attention span to watch an entire match these days and the next step of the ‘evolution’ of the game. Why use up two hours at a time, fifty-odd times a season, on watching football matches (which are frequently extremely boring), when you can get the same dopamine high from just following the transfer gossip on social media? Perhaps Perez and the stock markets are right, and the actual football itself doesn’t matter any more. 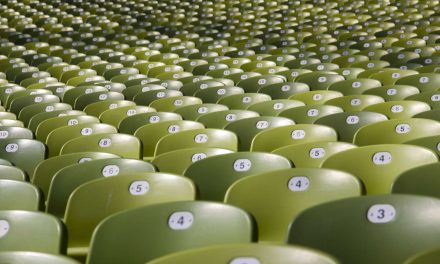 The EFL Saturday: Business (Not) As Usual