Now the whole truth about Hillsborough is out, perspectives on the tragedy have changed, as they have continually down the years. This week I read past Hillsborough material from my magazine and book collection; When Saturday Comes (WSC) magazine editorials from June 1989 and March 1990; and two chapters from Nick Hornby’s 1992 book Fever Pitch and from each of Guardian journalist David Conn’s books The Football Business (1997) and The Beautiful Game? (2005). WSC, was then still as much a “fanzine” as a magazine, so it was natural for its first post-Hillsborough issue to rail against the misrepresentation of fans’ role. The cover, headlined “Hillsborough: The verdict,” had pictures of the recently-appointed FA Chief Executive Graham Kelly, South Yorkshire Police Chief Constable Peter Wright and our dear leader, Margaret Thatcher, all telling us via speech bubble: “It wasn’t our fault.” The football crowd in the fourth picture confessed via speech bubble: “Oh well, it must be our fault again.” It was, of course, an ironic take on post-tragedy attitudes, made more ironic by this week’s confirmation of whose fault it really “wasn’t.”

The WSC editorial had a wearied tone. “We quickly reached saturation point,” it noted, “because there are a limited number of ways in which the same points can be made…and because so many stupid things have been said.” Cynicism abounded. “Fans have been both the prophesiers and the victims of Hillsborough. But who believes that they will be invited to play an active part in solving the problem which it highlighted?” Any “inquiry” was defined as a “key ritual of organised disinformation,” of which there had already been plenty, besides the infamous Sun front page of April 19th, a graphic in John Duncan’s round-up of Hillsborough media coverage.

The resultant report would lead to “the cheapest and most expedient bits (forming) part of a new law…the rest is made voluntary. Identification of the real culprits is lost amid desperate, scurrying attempts to avoid blame.” Despite the considerable efforts of Lord Justice Peter Taylor, at least some of WSC’s cynicism was well-founded. Duncan’s media review noted that “the problem pressmen everywhere had to wrestle with was that the TV pictures spoiled any attempt to blacken the fans.” This should have been true, especially as the Sun quickly issued “what, for them, amounts to a grovelling apology under the heading Fans’ Film Clears Fans.”

Duncan also referenced a readers’ letter “which read rather similarly to a Sun editorial…the reader, Mrs Clementson of Portsmouth is either not on the phone (there are no Clementsons listed in Portsmouth) or she doesn’t exist. Make your own mind up.” WSC mirrored the broadsheets’ tone: “depressed rather than aggressive.” And Duncan said the tabloid coverage was typically written by people who “knew nothing and cared less.” There were tabloid calls to “tear down the cages of death,” – a reference to Football League grounds’ perimeter fencing – from what the editorial darkly noted were “the same people who demanded that they should be put up in the first place.” And Duncan rightly highlighted the usual contemporary “mess of ideas and crackpot notions” which did more to “set the agenda for what happens beyond the disaster itself,” than any Sun apology.

In 2005, David Conn’s made the pertinent point that “so many fans still believe” the Sun’s notorious “Truth” partly because of “how poorly the Taylor Report itself was reported…people are not only ignorant of Taylor’s findings, they mostly don’t even know he produced two reports.” In 1989, WSC didn’t mention Taylor’s first report which, Conn wrote, “dealt in detail with the causes of the disaster…and who was to blame,” and was “produced in impressively quick time, by August 1989.” Taylor’s second report was thoroughly dissected in WSC in March 1990. But their focus was Taylor’s all-seater stadia recommendations, which it saw as based on both “a simple lack of comprehension” and an incomplete “appraisal of all the available evidence.”

In 1992, in Fever Pitch, committed Arsenal fan Nick Hornby focused on the same issues, largely endorsing Taylor’s views on all-seater stadia and striking numerous other discordant notes. An earlier chapter, entitled Part of the Game, was a chillingly familiar recall of a crush outside Highbury’s turnstiles in 1980. Many 1980s football fans, myself included, had similar experiences and thought, like Hornby, that “it might seem as though the authorities were pushing their luck…but that was because we didn’t understand properly how they were organising things.” Hornby concluded, “they really had been riding their luck all that time.” And his conclusions in his “Hillsborough” chapter were stark. “Every football ground should become all-seater,” Hornby noted. And he added, in his most strident tone: “If clubs have to close down because they do not have the money for the changes deemed necessary to avoid another Hillsborough, then so be it. Tough.”

Fans’ complaints about being priced out of football by “clubs having to charge more as a consequence” of ensuring fans’ safety were “a particularly poor argument, a whinge rather than a cogent objection.” He criticised fans’ “conservatism” and opined that “the likelihood of dying in the way that people at Hillsborough died will be minimised if the clubs implement (Taylor’s) recommendations properly, and that, as far as I can see, is all that matters.” And he quoted approvingly from the Economist magazine, which criticised the game’s own role, declaring. “Hillsborough was not just a calamitous accident. It was a brutal demonstration of systematic failure.” We now know this is true, but not how either the Economist or Hornby meant.

Hornby fleetingly references the bereaved families, admitting it was “easy to understand” why they wanted “officers from South Yorkshire Police brought to trial.” But history has been brutal to his suggestions that “it would be terribly vengeful to accuse (the police) of anything more than incompetence” and that “blame attached to the police, or stewards, or drunken fans, or somebody…wouldn’t have been right” because “Hillsborough” could have happened “anywhere” – at, for instance, “Loftus Road, where thousands of fans can only gain access to the away end through a coffee bar.” Only in 1996 did the families become the focus of “Hillsborough.” By then, Taylor’s recommendations and SKY TV multi-millions had repainted football’s landscape. But while football moved on (often callously – Hillsborough was an FA Cup semi-final venue again in 1992), the families couldn’t, as the early 1990s brought endless obstruction and evasion from a legal system seemingly set against them.

Football journalism had moved on, too, with David Conn’s weekly Independent newspaper column at the forefront of more investigative attitudes to a game which, even before SKY’s millions, Hornby had described as “a multi-million pound industry which doesn’t have two pennies to rub together.” Conn looked behind the glossy façade of the “new” football. And while his attention was more frequently attracted by the financial woes paradoxically emerging from football’s new riches, he was willing and able to bring the bereaved families’ wholly contrasting plight to a wider, sympathetic audience.

In The Football Business, Conn acknowledged the impetus given to the families’ campaigning by the ITV screening of Jimmy McGovern’s drama Hillsborough in December 1996, which focused on the families’ fight for truth and justice. In both 1997 chapters, Conn covered much of what is now the Hillsborough news agenda – the screaming legal injustices (too numerous to even list within my word count); the political contexts (“in the Thatcherite lists of ‘them and us’, football was firmly ‘them’”); and moving personal accounts of Phil and Hilda Hammond, whose 14-year-old son Phillip is one of the 96.

Amid Conn’s darker emotions (“the Hillsborough files” on the Taylor Report – “can make you cry… angry, too”), he still raised a smile in recalling Ken Bates’ installation of electric fencing at Chelsea in the 80s: “The local council did not, in the end, believe the Chelsea chairman’s custodian duties extended to electrocuting his customers.” But re-reading these chapters and those in The Beautiful Game? makes it seem more remarkable that the whole truth took 23 years to emerge. In 2005 Conn re-covers much of the 1997 material, but only out of necessity. Between the books, there were yet more screaming legal injustices.

In 1998, Home Secretary Jack Straw ordered a “scrutiny” of what Conn called “new areas of doubt” by judge Lord Justice Stuart-Smith. Much of this week’s truth was scrutinised by Stuart-Smith. And he dismissed it – even the revelation that “147 statements out of 400 made by South Yorkshire policemen were changed,” 87 of them “substantially.” This revelation drew the most gasps from the House of Commons this week when Prime Minister David Cameron referenced it. Yet there it was, 14 years ago, for all to see, only for Stuart-Smith to excuse the South Yorkshire Police: “There was an understandable desire not to give anything away.” Conn also recalls a Sheffield Wednesday fan (“an intelligent, decent guy”) who “trotted out the old, tired falsehoods” about Liverpool fans being to blame (“a lot of Wednesday fans think it should be called the Liverpool disaster”). “Our club didn’t get semi-finals for a long time,” he continued, incorrectly (see above). Conn quoted Taylor’s August 1989 report – dismantling his theories. “Maybe,” the Wednesday-ite admitted, echoing what should long have been the thoughts of a nation, “I should read the Taylor Report.” Conn re-visits the Hammonds and describes them as “more at peace” than in 1997, because “they can now say they have done right by their children, by fighting as hard and as far as they possibly could.”

“They are convinced there is a lot they still don’t know,” Conn writes, correctly. And this week’s events give added poignancy to Phil Hammond’s words of 2005: “I have this feeling that someone, sometime, will tell us everything. I am convinced that will happen, that we will find out.” And now, they have. Conn also focuses on “the force which conducted the investigations…the West Midlands Police.” Particular attention is paid to this force’s still-recent role in other infamous miscarriages of justice and the still semi-shady role of Detective Superintendent Stanley Beechey in “aiding” the Hillsborough investigations. It is, though, tempting to say that the Hillsborough “cover-up” wasn’t over-successful, because so much information became public. That this information was wilfully abused by the relevant authorities is arguably as shameful as anything covered-up.

Lies continue to be told about football. I am currently researching a football finance story which contains demonstrable lie-upon-lie. But that is only a football finance story. After Hillsborough, there were demonstrable lies-upon-lies about people’s lives and, worse, their deaths. Perspectives changed as information emerged. But football supporters always knew that lies were told about Hillsborough. WSC exposed general lies in June 1989. Taylor exposed specific lies in August 1989. And, most importantly, the bereaved families and their supporters have now exposed them all. 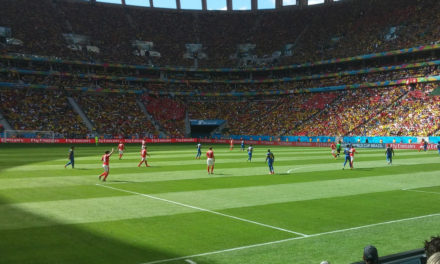 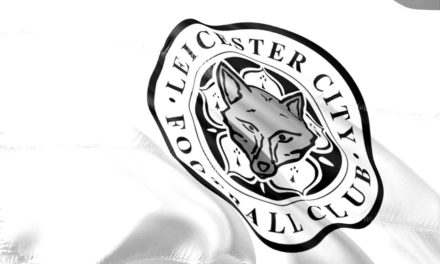 Vichai Srivaddhanaprabha, The Death of a Dream, And Why Football Matters 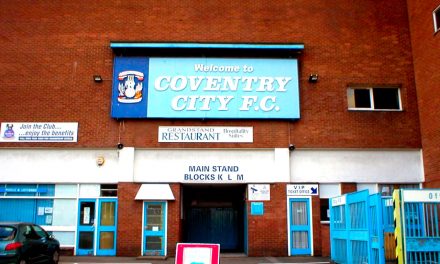