Heart of Midlothian, Partick Thistle and Stranraer fans reacted ‘understandably’ to the confirmation of their relegations to the Scottish Professional Football League (SPFL) Championship, League One and League Two respectively. This confirmation came from the unanimous decision by a three-member Independent Tribunal, appointed under Scottish Football Association (SFA) rules, to reject Hearts’ and Partick’s claims that their relegation resulted from the league “conducting it’s affairs” in a manner “unfairly prejudicial” to them.

But the accusations of corruption, stitch-up et al which have emanated from Edinburgh, Glasgow and Wigtownshire (mostly the first two) miss one obvious point, which every accuser must make a genuine attempt to address. Hearts and Partick each chose one member of that panel, a two-to-one majority between them. If there was corruption, those selected individuals, chosen willingly by the clubs, were involved.

By court order, those individuals had sight of all the documentation which was even potentially relevant to the case. And those individuals were deemed by that court to be fully legally competent to deal with the issue before them, whatever their complexity. As Lord Alistair Clark QC specified in his procedural ruling on the case, “the SFA will not judge the issue in the arbitration” and the tribunal “will be presided over by an experienced lawyer or member of the judiciary…of not less than 10 years’ standing.”

US cable TV show, “Last Week Tonight,” recently dealt with conspiracy theories, focusing on those connected to the Covid crisis. Presenter John Oliver noted a key point in judging such theories; testing the type and number of people required for them to succeed and, fundamental to their on-going success, for it to be kept secret. He cited the silence of 411 THOUSAND NASA employees needed to keep the “faked moon landings” quiet. He also admitted to “embarrassing” susceptibility to theories that the UK royal family had Diana Spencer killed, not because of “any evidence that they did” but “because it felt too big an event to be accidental.”

For Hearts, Partick and Stranraer’s relegations to be stitched-up probably required silence from less than 411 people, let alone 411,000 plus a royal family. But silence had to be golden for the SFA Tribunal panel compilers and ALL panel members, potential AND actual, lest the Hearts/Partick selectors pick a non-conspirator by mistake. Unless said club reps were “in on it too” of course.

However, we won’t know whether the Hearts/Partick tribunal has been dismally crackpot unless or until its full decision is published, making criticism of that decision premature by definition. Yet vastly experienced journo Robbie Dinwoodie felt able to tweet “the Blackadder court martial delivers its verdict,” a hot-topical reference to “The case of the Crown vs Captain Edmund Blackadder, the Flanders Pigeon Murderer” in the 30-year-old (yikes!) Blackadder Goes Forth TV sitcom.

Fans’ reactions were more ‘straightforward.’ Hearts fans’ disgust was seemingly illustrated by the same photo, of one shouty fan looking disturbingly like Bruce Willis. “Shameful,” “a fiasco,” “absolutely ludicrous,” “done over by this” (unspecified) “shower” were among the words used. Although one suggestion that “when English fans call our league tinpot, this is what they’re talking about” itself suggested that said fan hadn’t paid much heed to the English Football League (EFL) lately. “Corrupt to the core” was the, polite, gist, of the more angry Thistle fans’ reactions. “Fcuking shambles from a corrupt bunch of useless bastards” was the less polite gist.

Meanwhile, ex-Hearts boss Craig Levein spoke to BBC Scotland. “SPFL not vindicated by arbitration verdict” said the BBC Scotland headline, although again without the decision details, the headline-writer could not possibly know. After all, Manchester City were ‘vindicated’ by a recent Court of Arbitration for Sport (CAS) verdict…until you read the verdict.

Levein actually said: “It doesn’t make it right, the fact a decision’s been made,” perhaps recalling the recent decisions to appoint him Hearts’ Director of Football and manager. He didn’t think the decision was “a complete end,” although it was “end of the whole drama.” The “whole thing” was “shockingly handled by the SPFL. Not just the board, but by the executive as well.” And “nothing will change my mind on that.” Levein is a complete end.

Such reactions betray a misconception of the decision the tribunal had to make. The tribunal was not tasked with deciding if Hearts et al could have avoided relegation (they demonstrably could) but whether the SPFL erred in law in their decision-making process. Without the full decision, no-one knows why the Tribunal’s answer was “no, they did not.”

So there was little point in BBC Scotland asking chief sports writer Tom English for a comment piece after the decision. Much of English’s 1300-word article, “Arbitration saga settled but distrust now rife,” was unarguable and well-written. But none of it was relevant to its supposed subject. Indeed, with no specifics upon which to comment, it could be nothing BUT a rehash of old points; defending the clubs for taking a football dispute to a law court and shoe-horning in more criticism of SPFL Chief Executive Neil Doncaster.

Here, he lambasted Doncaster for “(throwing) his arms in the air in celebration rather than trying to throw them around the defeated clubs in an attempt to rebuild relationships,” a reference to Doncaster expressing his “absolute delight” that “our approach has been vindicated.” Yet SPFL chair Murdoch MacLennan stated that “I sympathise hugely with all three clubs.” Many of the main protagonists have responded bullishly to the Tribunal outcome. Singling out Doncaster’s response when, as English admitted, “defeat might have” cost him his job, seems almost vindictive. And, after a summer of vilification, the SPFL’s bullishness was unsurprising.

The Tribunal’s 78-word announcement simply stated that they “unanimously held that the challenges” to the SPFL’s “Written Resolution” to curtail last season “failed” and “the SPFL were entitled to pass, and give effect to” it “and all that flowed from it,” i.e. facilitating title awards, promotions and relegations. Thus the Tribunal “refused to grant any of the orders sought by” the clubs

Despite English’s focus on Doncaster, the SPFL response was 90% MacLennan’s. He called the arbitration “an important step for Scottish football, which enabled a minutely detailed examination of the entire process of ‘calling the season’. The league was “subjected to forensic examination by QCs, all under the scrutiny of a Senator of the College of Justice and two experienced Sheriffs. Every aspect” of the clubs’ “various arguments” was “examined minutely, with full access to “thousands of pages” of “relevant documents, records, emails and telephone logs.”

Bringing to mind Hearts and Partick’s “incredulity” at being charged for taking their football case to a law court, MacLennan “fully” expected “all those involved to agree that no stone was left unturned, no allegation left unanswered.” Right-o. But there was feeling in his insistence that “throughout the process, and whilst under the most severe pressure, criticism and media scrutiny, the SPFL has followed appropriate legal guidance and acted in the best interests of the SPFL as a whole at all times.”

Celtic fan MacLennan didn’t pass up the chance to dig out Rangers: “Despite calls to the contrary from some parties, subsequent events, including the virtual shutdown of our entire country for months, confirm that there was no viable alternative” to concluding the league “in the way that it was.” As “contact training” was “only allowed to resume on 29 June, it was simply impossible for season 2019/20 to continue.” Nor was there a “viable alternative” to relegating Hearts, Partick and Stranraer, as (handily) “reconstruction was comprehensively rejected by SPFL member clubs.”

And his afore-mentioned huge sympathy for the relegated trio came with an equally huge caveat: “Given this clear and unequivocal tribunal decision, it is imperative that everyone accepts it and works together to ensure that our game can move forward and tackle the enormous and continuing challenges posed by the Covid-19 pandemic.”

Hearts and Partick were more succinct, as “all parties” were “requested not to comment on the tribunal’s decision or reveal details of the hearings on the grounds of confidentiality.” Inevitably, they were “disappointed and surprised.” Incredulous, even. But they had no regrets about their action “as it was the right thing for us to do.” And they insisted that there were “fairer ways” to end the season “than putting the burden of a pandemic on to three clubs” (‘interesting’ perspective, that)..

Partick chair Jacqui Low insisted that “we have every right to be angry” and asked “everyone associated with Thistle to never forget today. To never forget how it feels to be relegated unfairly. To never forget that there are many good decent people and clubs in Scotland who stood with us, publicly and privately. But there are some whose fear and self-interest got in the way of doing the right thing. It’s time to stand together and make season 2020/21 a winning one regardless of what the rest of football says or does.” Powerful stuff, well received by many Thistle fans.

Dundee United mixed self-justification with self-congratulation. They said they (alone?) had “decisively won a challenge…in which the petitioners had sought to reverse the Club’s promotion to the SPFL Premiership” and welcomed “the decision of the Arbitral Tribunal.”

They had “felt it necessary to actively participate in this matter” as “the petition was formally served on us.” Indeed, the Petitioners “specifically named us.” And, of course, “the primary ‘remedy’…would have deprived us of the promotion we had fought so hard to secure. We were not prepared to stand by and watch the achievements of our Championship-winning squad being undermined in that way.” And while they had “absolutely no desire to enter into costly legal proceedings, any suggestion that we entered proceedings without justification or to stoke division is both unjustified and insulting.” Wooh, there’s cross.

But the last words went to Hearts owner Ann Budge. Although Hearts said they were “disappointed and surprised” at the Tribunal’s verdict, she insisted that “we cannot say we are totally surprised.” But, like Dundee United, “we could not simply sit back and accept the unfairness that was being meted out to us.”

In what she admitted was a “rant,” she said: “Fellow member clubs and our governing bodies have stood back and allowed totally disproportionate financial damage to be imposed on three of its members. (This) can only be described as shameful, as should the SPFL’s recent self-congratulatory statement.” She lambasted other “chairmen and owners” for being “stood on the sidelines” bemoaning Scottish football’s “general shortcomings,” suggesting that “if they really want things to change, it will take more than words. They will have to stand-up and be counted.”

And although “my rant is over for now,” and she insisted that “we must move forward,” she continued: “We will suffer serious financial losses…but we will survive and we will come through this stronger than ever. We will continue to run our club with honesty, transparency and integrity. I am sorry we did not win this battle but it is winning the war that counts.”

And the war continues this Thursday, with the SFA hearing on Hearts and Partick’s alleged breach of SFA Disciplinary Rule 78: “No member or Associated Person shall take a dispute which is referable to arbitration” under SFA rules “to a court of law except as expressly permitted” by SFA rules.

Meanwhile, the Scottish Championship fixtures computer gave Hearts a home season-opener against…Dundee, the club whose change of vote on the “Written Resolution” was all-important. Maybe “they” ARE “all in it, too” after all. 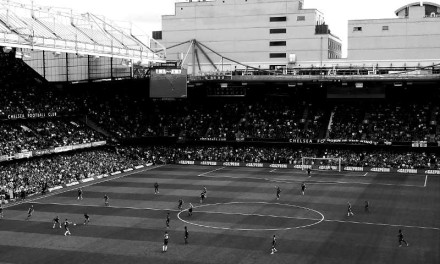