With so many people standing on either side of it screaming at each other, there is no room for sitting on the fence in modern football. So it is that we have to take sides over the tiny incident that will,by the time you read this, have swamped the football media to the exclusion of anything else. So, here’s a viewpoint on the matter, for what it’s worth. The ball boy involved in the incident during last night’s match was acting like a little scrote, and there is something about ball boys seeking to deliberately time waste towards the end of a match that is a little galling. But here’s the thing about teenage boys: they frequently act like little scrotes. It’s kind of what they do, up to a point. Eden Hazard, on the other hand is a fully grown adult. A young adult (only five years older than his momentary nemesis last night), but an adult nevertheless. Moreover, he is one of the most successful employees in a high profile business that pays its star performers lavishly for their abilities. He, for better or for worse, has little excuse for allowing himself to get into the position in which he found himself at the Liberty Stadium last night. It was a rush of blood to the head, and it has been reported that apologies have been offered all round with commendable speed. And so the world keeps turning, even if both the FA are now “investigating” the incident, lord help us.

This particular incident, however, shouldn’t be the main talking point after a highly entertaining week of League Cup football. It is, of course, have it allows august sporting journals to shriek ‘CONTROVERSY!’ at the top of their voices on what would otherwise be a pretty quiet day, but what is really significant about – or what would be if there were a snowball in hell’s chance of anything significant coming from it – should be the very fact in itself that Swansea City now sit at the point of quite possibly winning their first ever major trophy. A decade ago, to predict such a thing would have been considered the very definition of madness. Still recovering from years of mismanagement, the club had to win its final game of the season against Hull City in order to cling onto its place in the Football League. Not the Premier League, but the Football League.

Holding onto that precious place amongst the top ninety-two set in motion a chain of events which has taken the club to where it is today. Without it, the Liberty Stadium might never have been built, and Swansea City might be little more than a memory, still playing in non-league football at a decaying Vetch Field in front of a couple of thousand die-hards for whom the memories of Leighton James and John Toshack have stubbornly refused to die. Everything that has happened to Swansea City since then – the new stadium, the managers who have insisted that their club doesn’t have to be tactically reductionist in order to succeed, the financial stability, all the reasons why this club is rightly held up as an example of a new path that the management and governance of professional football in this country could take – comes back to that near-death experience.

Yet with a few notable exceptions, we won’t, of course. We will holler about ball boys, about time-wasting and about the decline and fall of football’s moral empire. This good news story is a slow burning news story and the media – both mainstream and social – is not very well equipped to deal with slow burning news stories any more. We demand heroes and villains, black and white and instant reaction. We demand extremes of emotion – detached mild amusement has probably never been as unfashionable as it is today. The success of Swansea City caught a lot of people on the hop. They crept up a couple of divisions and very few people batted an eyelid. They were promoted to the Premier League and were mostly written off as almost certain failures, set to struggle like a goldfish dropped into the middle of the Atlantic ocean. They stayed up with comfortable room to spare, lost their manager, and were widely predicted to be amongst the most likely of all to suffer from that most made up of diseases, Second Season Syndrome.

At the start of 2013, Swansea City sit in the top half of the Premier League, having beaten Arsenal and Chelsea away from home in recent weeks and with the possibility of European football – not for the first time in the club’s history, but for the first time in many years – now looming on the horizon. And perhaps it is apt that it is they that should be playing Bradford City at Wembley. After all, it is surely Swansea City above all other Premier League clubs who demonstrate to the clubs of League Two that you don’t have to bankrupt yourself in the pursuit of a pot of gold at the end of the rainbow, that intelligent management of a football club doesn’t have to mean intelligent, experienced businessmen with their eyes glazed over, shovelling fifty pound notes onto a bonfire in the desperate hope that one day soon they too will get the chance to finish in seventeenth place in the Premier League whilst having their reserves knocked out in the second round of the League Cup in front of banks and banks of empty seats.

It is, perhaps, instructive that genuine good news stories such as those that have occurred over the last few weeks for Bradford City and the last couple of years for Swansea City are mostly remarkable for their scarcity. That this has all happened in The Cup That Football Forgot has been all the more interesting to watch. The FA should be paying close attention. They won’t save their own trophy by pissing around with it any more than they have. The FA Cup will be saved by stories like this, stories which, perhaps, make supporters stop and think, ‘Shit! What have I been doing all this time? Cup football is great and I want that day out at Wembley for my club, because just one of those would surely mean more to me than a million consecutive seasons of finishing sixteenth in the Premier League!’, more than increasing prize money for winning trophies or offering a seat on the United Nations to the FA Cup runners-up ever could. That, however, is all for another day. Today has primarily been about the shrieking, a phenomenon that modern football is rapidly becoming all about. 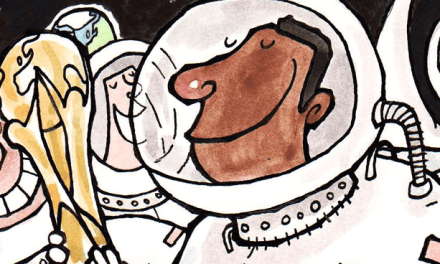 Signore Pantalone and the Pompey Comedy of Errors

Podcast 98: The Albums You Can’t Be Without