The Football Association’s involvement with the DCMS committee of MPs on Tuesday wasn’t so much a car crash as a multiple car pile-up. The feeling that it would be this way had been building for the previous few weeks, since Rick Parry fronted up over Project Big Picture a few weeks ago, but no-one really expected Greg Clarke, the chair of the FA, to veer so wildly off-script, not so much saying “hold my beer” as throwing full cans of the stuff at passers-by, smashing through the safety barriers and coming to a halt, wheels still spinning but still somehow giving the impression that he was nothing to do with it whatsoever.

Centre-stage was given to his use of the word “coloured” as being the catalyst for his house of cards collapsing so quickly but, wildly inappropriate as this was, Clarke seemed to be on a one-man mission to trash what was left of his reputation after a period during which his role in the whole PBP matter has become murkier and murkier. He used the term “coloured” to describe black, Asian and minority ethnic people. He suggested that “different career interests” led south Asian people to choose careers in IT over sport. He described a gay player coming out as a ‘lifestyle choice.’ He recounted an anecdote about girl footballers in the context of a female player being afraid to be hit by a ball. Honestly. You can’t even say you’re the chairman of English football’s governing body these days or they’ll throw you in jail.

So okay, we have to rewind a little, here. The whole reason that any of this was happening in the first place was a stitch-up in which Clarke seemed to have not only taken a central role, but into which he had also misrepresented the depth of his involvement. On the 13th October, he wrote an open letter to the FA Council in which he stated that, “I participated in the early stages of discussions which were disclosed last weekend”, and that, “in late spring, when the principal aim of these discussions became the concentration of power and wealth in the hands of a few clubs with a breakaway league mooted as a threat, I of course, discontinued my involvement and counselled a more consensus-based approach involving all Premier League clubs and its Chair and CEO.”

So far, so good. After all, the Football Association is supposed to be the ultimate arbiter of the game at all levels in this country and probably shouldn’t be involving itself in a land grab that would concentrate vast amounts of power and control in the hands of its six biggest clubs, should it? However, as time progressed it became clear that Clarke had fallen some way between misrepresenting the extent of his involvement and downright lying about it. It was suggested that he had initiated the process, in January, that he had attended all the meetings held by the group from February up to and including the final one on the 19th of May, and that in March, as the full extent of the coronavirus pandemic became evident beyond any doubt, that the crisis “offers an opportunity to reshape English football.”

With Clarke, Rick Parry of the EFL (who had at least had the decency to be honest about his desire to sell the entire game down the river), and the clown shoe-wearing God Emperor of PPV at £15 a throw Richard Masters of the Premier League running the show, it feels at the moment as though supporters need as much protection from those running the game as they do from the avarice of the owners of the top six clubs themselves. But why should we be surprised by any of this? After all, these are the three bodies that overseen the opening of the grotesque gulf in resources between clubs over the last three decades. “When someone shows you who they are”, as the poet and civil rights activist Maya Angelou famously said, “believe them the first time.” Any thoughts that these were the bodies who would rebuild the game for the greater interests of everybody in it must have been asleep throughout the formation of the Premier League, EPPP, and the debasement of the EFL Trophy.

By the end of Tuesday afternoon Clarke was gone, allowed the luxury of resigning rather than being kicked to the curb, which is probably what he deserved. He hung onto his position as a vice-president of UEFA – and there are 190,000 good reasons a year as why he’d have wanted to do that – until earlier today when, following a remote meeting with the president of UEFA Aleksander Ceferin, it was decided that he should probably stand aside from this position, too. As late as last night, Clarke was reported to be telling the FA that he would be staying in his UEFA position until March, by which his replacement should have been found and, presumably entirely coincidentally, Clarke would have pocketed a further £70,000 from being in his position. For reference, £70,000 is more than double the average national wage.

We’re reasonably happy to give Clarke the benefit of the doubt that his use of the word “coloured” was a misstep, a signifier of his age rather than an indicator of any white supremacist leanings. It is obviously, however, damning with faint praise to say, “Well, at least the chairman of the FA is merely careless with his language surrounding gender and race, rather than an actual racist.” The FA runs the England national team, many of whose best players are black. They oversee the entire women’s game. It’s difficult to see how any of those players or anybody within the women’s game would have been prepared to overlook Clarke’s thoughtless language.

And all of this, of course, has rather distracted from the rather important issue of how clubs are to be kept alive throughout this pandemic – it’s all very well saying that “no clubs will be allowed to go under”, but these are completely empty when none of the material action required to ensure that they don’t has been completed (it has been confirmed this evening that the EFL has agreed the bailout of £50m for League One and League Two clubs, which is a start – and what the future of the game might look like. Almost everybody agrees that it’s broken in some way or other, but with everybody within the game grasping for themselves, any form of realistic consensus remains as far away as it was when all of this started, more than eight months ago.

As of today, then, nothing has changed and quite a lot has changed. It is dispiriting to see that the head of an organisation should have considered that this sort of language is appropriate in 2020, but the clean-up operation has now begun, and after this pandemic is over, perhaps it would be best for the FA to consider how it could be that these dated attitudes still seem to have a place at their top table. Ultimately, the greater good of English football needs a strong, diverse and progressive Football Association, especially when vultures are circling in the way that they are right now. A bulwark against the land grab, however, feels fundamentally diminished today, and the vultures will be quite happy to fill the vacuum at the top with people who will quite happily sign our game away to the richest clubs. Or perhaps that bulwark itself was happy to sign it away all along, and was just too cowardly to admit it in public. 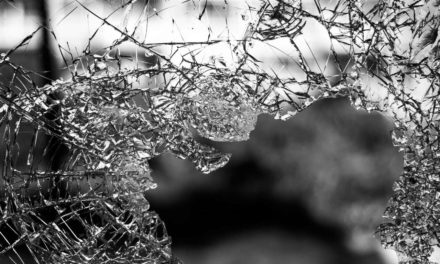