King is “a mendacious witness whose evidence should not be accepted on any issue unless it Is supported by documents or other objective evidence,” Judge Brian Southwood declared in a 2011 South African Tax Court ruling against King, which impugned the South African-based, Glasgow-born ‘businessman’ on every page. (See here for details, including me getting Southwood’s name wrong.)

I parked my cynicism when I heard that ex-Liverpool and England star Steven Gerrard had received the “financial reassurances” from King which made his decision to become Rangers manager a “no-brainer.” When the Daily Record’s inestimable Keith Jackson wrote on 3rd May that “King has offered guarantees” of money “to mount a credible challenge to Celtic,” I avoided thinking I’d “spotted the flaw in the plan.” Likewise when he wrote on 6th May: “It stands to reason” that Gerrard had “nailed down assurances” of “the freedom and the financial muscle to make whatever changes he sees fit.”

I assumed Gerrard’s Liverpool ‘advisors’ would do whatever passes for ‘due diligence’ in their world (check the 2004 story of Gerrard’s aborted transfer to Chelsea for a sense of that ‘world’). Particularly if they’d read Judge Southwood’s comments. King surely wouldn’t dare deceive such company, would he? His “assurances” had to be tangible, didn’t they? External investment was surely attached to the Gerrard ‘deal,’ wasn’t it?

Speculation soon began about who Gerrard would attract to Ibrox. Much of it exposing near-total ignorance of Rangers’ parlous finances, although the Daily Express at least had the decency to include a question mark in its “Fernando Torres to Rangers?” headline.

BBC pundit Mark Lawrenson asserted: “When Celtic are after players, Rangers will be after the same players. And Gerrard will be a massive draw, especially if Rangers can match the money Celtic are paying (emphasis added). Do you want to play for Brendan Rodgers or Steven Gerrard? I think as a player you’re probably thinking ‘I want to play for Gerrard.’” The evidence for this? Awaited.

BBC colleague Danny Murphy offered a better perspective (he could hardly not). But even he insisted Rangers wouldn’t “sell him a dummy. You have to think there’s some credibility in what they’re trying to do.” Likewise, football agent, Martin Reilly: “If Steven Gerrard phones you and asks, ‘Do you want to sign for Rangers?’, the majority of players will be halfway here. But their next question will be, ‘For how much?’”

At Gerrard’s 4th May unveiling, King, whose solo run this appears to be, hinted at (yet) an(other) RIFC share issue to fund Gerrard’s transfer warchestzzz. But this may be impossible unless King meets legal obligations from his March 2015 RIFC takeover. Legal efforts to side-step these obligations have failed. And King, despite his trademark contemptuous arrogance, surely wouldn’t contemptuously dismiss Scotland’s Court of Session, would he?

Even the 2nd May RIFC boardroom resignations of Paul Murray and Barry ‘not the Cilit Bang one’ Scott were surely to make room for new investors. King couldn’t be winging it again, could he? The current answer to all these questions is “apparently so.”

As per, King hand-picked his Scottish football press favourites for a 7th May ‘Q&A’ session on Gerrard’s player-budget funding. And as per, King easily bamboozled the assembled hacks with financial science. Season-ticket renewals were reportedly as low-level as Glasgow Central trains to Celtic Park. And the hacks, as per, were happy to provide the, free, advertising.

It was the same at season-ticket renewal time last year, with the heroically-rubbish Pedro Caixinha in the Gerrard role. King insisted “investment would be made” to put “distance between ourselves, Aberdeen and Hearts” and “overtake Celtic within the reasonably foreseeable future.” They weren’t “going to do that by betting the bank on the way” but “with a fairly methodical financial plan,”

Other promises included pursuing compensation from the then recently-departed manager Mark Warburton and the club he joined, Nottingham Forest and favourably resolving Rangers’ long-running retail dispute with repellent Sports Direct chief Mike Ashley. “On a scale of one to ten it doesn’t get to one,” King said of his personal Ashley-based concerns. But the only promise kept was the “distance” from Hearts…and that promise was largely kept by Hearts.

This year, King’s promises were even more nonsensical, financial and otherwise. Asked how Rangers could “make up the gap on Celtic,” he said: “We take one league away from Celtic. We only need one league. We don’t need two or three. Once we take one away, it’s a pack of cards.” He surely meant Celtic’s finances would collapse like a HOUSE of cards without one year’s Champions League football. But it was gibberish, either way.

On the share issue, King was “looking at just over £16m, £6m and £10m in loans but we might go £8m and £8m…probably £6m new cash and the balance converted to loans.” Yet he was adamant that “there is no intention of repaying” current loans, mostly from RIFC directors NOT called Dave King. “It’s not going to happen. No loans will be repaid.” And the same lenders are expected to lend again, King insisting “there is nothing external other than existing shareholders and existing investors. We’re not talking to anyone who’s not there already.”

This need for more borrowing is nuts, if Rangers’ January transfer window media narrative was to be believed. Which, of course, it wasn’t. Rangers ‘rejected’ four late-January ‘bids’ from at least two Chinese Super League clubs for comically-misfiring Colombian striker Alfredo Morelos. The first was over £7m, which the eagle-eyed among you will have spotted is more than King’s projections for the share issue. But days after ‘rejecting’ the final, £11m, ‘bid,’ Rangers cadged £3m from all-but-last resort ‘asset financiers’, Close Leasing, secured against all kinds of everything Ibrox, (including the kitchen sink, if that counts as ‘stadium catering equipment’) and repayable on demand by or before next February, with punitive interest rates for any non-payment.

This last-ditch finance was spun as an overdraft facility. And an unchallenged King last week hailed it “our single greatest achievement,” proving “to the world” that Rangers “could finally get a third party to give us that facility.” This was “enormous” for Rangers’, wait for it, “normalisation.” And he insisted that “the funds are available for next year, whether there is a rights issue or not.” But in ‘reclassifying’ all these loans, King clearly had Uefa Financial Fair Play compliance and ‘break-even’ requirements in mind, given Europa League football’s fundamental importance to RIFC’s financial future.

King’s journalistic lackeys referenced his Takeover Panel issues. But their acceptance of his nonsensical answers was typically ill-informed. He declared that these issues had “absolutely nothing whatsoever in any way to do with the football club, directly or indirectly,” or its “funding” or “ownership.” They were “between myself and the shareholders of the holding company.” All, again, palpable nonsense.

And he regurgitated strategies from the dispute with South Africa’s tax authorities which made him a convicted criminal. The Panel had “got a lot of things wrong,” despite Scotland’s courts consistently ruling, since last April, that King got “things wrong.” And the Panel had “tried to bully me” by insisting, the brutes, that he place the funds required for a credible offer in a UK bank account.

King’s takeover panel issues could fill a whole article (be warned). Suffice to say he currently faces a potential contempt of court ruling, a prospect not thought dimmed by his declaring the dispute “an irrelevance, quite frankly.” And he faces a possible court order preventing any rights/share issue unless or until the mandatory offer to current shareholders is made.

All this maintains speculation that external finance is imminent or being provided ‘off-the-books.’ Or else Gerrard will be on the way out. The “John James” website mixes excellent sources with execrable forecasting and a considerable personal disregard for King. And a “James” source has suggested that Gerrard’s salary, matching that of Celtic supremo Brendan Rodgers, will be paid by a third party.

Mark Guidi has media speculated about Chinese/Far East finance for months, and informed Radio Clyde two weeks ago that he has “been told there is investment coming.” There has, however, been no speculation on why King last week denied external investment discussions “at this stage,” which kept hopeful hacks’ hopes up but committed to nothing. Trademark King, that.

The most risible speculation to date about the on-field soldiers of “Gerrard’s Rangers revolution” (copyright: way too many media types) came from the Herald/Glasgow Evening Times, which declared via headline on 9th May that Wayne Rooney was “one of the bookies’ favourites” to be Gerrard’s first signing.

The ‘story’ ‘revealed’ that “McBookie and BetVictor” had Rooney “at 10/1” to join Rangers, with “any MLS (American Major League Soccer) club” the actual favourites at 7/4. Having confirmed ‘McBookie’s’ existence beyond the realms of parody, I read with increasing incredulity the list of other potential ‘revolutionaries.’ Martin Skrtel, Dominic Solanke, James McArthur, Glen Johnson, John Terry. OK, I may have made that last one up…oh…wait…no, I didn’t.

When I read the story, it already contained a link to the real ‘Rooney for…’ headline, Everton star Wayne Rooney will not join Steven Gerrard’s Rangers revolution – here’s why, revealing the ‘why’ as the 7/4 shot, “a £12.5m deal to join (MLS) outfit DC United.” There was no by-line. Williams’ name was nowhere. As he should be, for a bit, after this shameful work.

The idea that Gerrard is risking anything by joining Rangers isn’t universally held. Gerrard has no managerial reputation, so has none to lose. He will experience ‘pressures’ which will likely stand to him as he progresses towards, presumably, his ultimate hot-seat goal, Anfield. And if things go apex-over-elbow, his ‘advisors’ will surely ensure that responsibility is located elsewhere (“hello, Dave”).

Gerrard doesn’t formally join Rangers until 1st June. By then, he will have been linked with 94 new signings, at current rates. But with no public clue as to how ANY acquisitions would be funded, it was ‘handy’ that interim boss Jimmy Nicholl publicly suggested on Saturday that Gerrard “won’t need too many new players.” Not that King is getting his non-investment excuses in early. Nor that Glasgow Evening Times’ senior sports writer, Chris Jack, was happy to oblige, even at the expense of his journalistic integrity (no…YOU stop laughing).

But a badly-misfiring Celtic won their seventh consecutive title fairly comfortably and are a victory over seventh-placed Motherwell from Scotland’s first-ever consecutive domestic treble. And if Celtic even approach their true form next season, “three or four” new Rangers players won’t provide the “credible challenge to Celtic” King obsessively desires, or necessarily make Rangers more “credible” challengers than Aberdeen or Hibernian.

And unless the Chinese money stuff is true, King appears reliant on the Gerrard ‘brand’ attracting investment. He allegedly considered Caixinha a gateway to Qatari finance when he arrived from Qatar Stars League mid-tablers Al-Gharafa in March 2017. Such speculation was probably fuelled by the lack of sensible alternative reasoning. But King apparently considers Gerrard a gateway, too, telling Rangers TV on 5th May: “I would imagine that a very strong global community will start following Rangers’ results” because of Gerrard. That interest better be monetised sharpish, especially if new signing Scot Arfield really is on thirty-eight grand-a-week.

People still believe King, though, just as Trump supporters still believe the demonstrably dishonest US president. Many Rangers fans believe Celtic deliberately lost to Aberdeen on Sunday, to deny Rangers the league’s runners-up spot, despite Aberdeen’s terrific defending and Joe Lewis’s late goalkeeping heroics. So, why wouldn’t they believe King, however “mendacious” he continues to be? 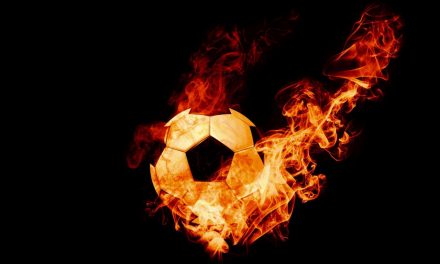 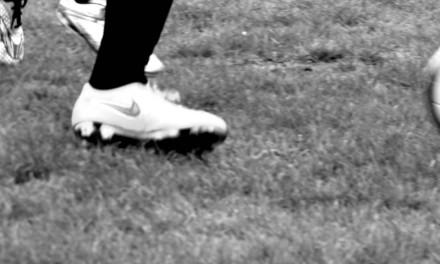