Gateshead: A Football Club On Paper Only

Here’s a quick existential question for you. What, exactly, is a football club? Is it the ownership? The obvious reflex answer to that is “obviously not”, but in a legal sense there are plenty of people who’d tell you that it is. They hold the shares. They own the ground. They could close it down and wind it up, and there’s little that anyone could do but start a replacement with a slightly different name. But owning something isn’t the same as being something, so is it the players? After all, they swallow up the biggest proportion of the money flowing through, and for a couple of hours on a Saturday afternoon they are its visual manifestation.

Players, however, are transient. They may stay a couple of weeks, they may stay a couple of decades, but they’re ultimately dispensible and very few are there out of love for the clubs that pay their wages. Okay, so is it the fans? Well, that’s a moot point. On the one hand, football supporters give the entire game a context. Football without fans is nothing, as they say. On the other, though, Premier League football clubs no longer really need money from ticket sales the way that they used to. The money that they receive every year from television broadcasters is enough to sustain them alone, should it ever need to.

Football clubs, we might therefore conclude, are nebulous by their very nature. But all of this brings us to another existential question. At what point does a football club stop being a football club? It clearly isn’t when they lose a group of players or a manager, or when the ownership changes hands, and even football clubs watched by two men and a dog are still football clubs, so we can’t really measure their existence or otherwise on size. There comes a point, however, that we should face up to the fundamental question of whether a football club still exists or not, and we seem to have reached that point regarding Gateshead FC. Having crawled over the finishing line for this season with the players having gone unpaid, winding up petitions having been issued, and the club having been evicted from its offices at the International Stadium by the council over a non-payment of rent, Gateshead’s owners marked the end of the season by making everybody who works there that they could redundant. Last out the door was manager Ben Clark, given two weeks notice this evening, according to the Newcastle Chronicle.

The National League club has been playing fast and loose with ownership rules all season, after the club was sold by its previous owners to Dr Ranjan Varghese last July. No-one involved in the vetting process seems to have asked the question at the time of why a 43 year old Hong Kong based businessman with no recorded prior interest in running a football club should have got it into his head that he wanted to run a non-league club which doesn’t own its ground and has long struggled for attendances, but the benefit of hindsight offers us quite a clear explanation – shadow directorship. To be clear, to act as a shadow director – to act as one whilst having someone else’s name on the paperwork – is not illegal. There can be genuine circumstances as to why a name listed with Companies House might not be the person running the day to day affairs of a limited company. In football, however, there can be ramifications for those who assume such positions. The Owners & Directors Test treats directors and shadow directors as one and the same, for example, and clubs are expected to list people of significant control when submitting a change of ownership.

All the evidence this season – interviews given quite freely in the press, even statements made by players and other Gateshead staff – has indicated that the club has been run since last summer by a shadow director, yet neither the FA or the National League have done anything whatsoever about this. The shadow director in question is, of course, Joseph Cala, who failed the Owners & Directors Test previously and was involved in variously ham-fisted attempts to buy his way into Portsmouth and Morecambe in the past. Cala’s running of Gateshead over the course of this season has both utterly vindicated the fact that he failed this test in the first place and demonstrated beyond any reasonable doubt that the need for further regulation for those who run football clubs in this country is urgent. Let’s be absolutely clear that this has been a deriliction of duty on the part of those who are alleged to be responsible for the administration of the professional game in this country.

Gateshead were put up for sale for the princely sum of £1 in March, and it had been hoped that the former Rochdale chairman Chris Dunphy would be the man to finally take the club over and get it back on its feet. However, in recent weeks it has become increasingly clear that this is unlikely to happen, despite Dunphy’s best intentions. None of this means, however, that the club has been quiet all fronts. Indeed, the only area in which the club has been busy over the last few weeks has been in acquiring more company directors, and over the last couple of weeks they have taken on two, one of whom is an individual who has already been responsible for the collapse of one non-league club.

The story of what happened to the football clubs of the Derbyshire town of Ilkeston could fill a book. The collapse of Ilkeston Town FC in 2010 was a fairly straightforward non-league football club collapse. They were rescued in the first place by local businessman Paul Millership in 1992 when their ground was sold by Erewash Borough Council, but Millership’s untimely death at the age of fifty-nine in 2007 meant a change of ownership, but new owner Chek Whyte’s other companies began to teeter on the brink of bankruptcy and he confirmed that he would be unable to keep the club going. Ilkeston Town soldiered on to the end of the season and even got themselves promoted into the National League North, but were eventually wound up at the High Court at the start of September 2010. It had been hoped that a new club for Ilkeston would be community-owned, but eventually the new club was privately-owned, with Nigel Harrop as the owner.

It took just seven years for history to repeat itself. The club lurched through the 2016/17 Northern Premier League season, kicking it off by getting themselves suspended by the league for failing to pay football creditors and fulfil fixtures. With the club claiming that they were being “bombarded” with demands for money – of course, such a bombardment would only follow if the club actually owed these monies in the first place – after it was discovered that the club were due around £300,000 from Che Adams’ transfer from Sheffield United to Birmingham City.

Over the course of the 2016/17 season Ilkeston FC the club’s problems snowballed out of all control. The electricity supply to the New Manor Ground was cut off over an unpaid debt and the club was forced to use a diesel generator instead. In September, their match with Hednesford Town was abandoned with just six minutes remaining and the visitors leading 2-1 when the floodlights failed after the diesel ran out. With players leaving or being released after going unpaid for months on end (they refused to travel to one match at Workington, resulting in the game’s postponement), the team’s form collapsed and they were relegated at the end of the season. That, however, turned out to be the least of their problems. In July 2016, the club was wound up in court. Ilkeston FC lasted just seven years.

The bill that did for them was a £14,438 debt to a company called Hire Intelligence, an IT and AV hire company with offices in London and Manchester. Quite how or why a non-league football club would end up owing that amount of money in in that particular business is not easy to answer. It was suggested that the club might be up to £400,000 in debt at the time of its collapse. To the end, though, Harrop was trying to keep it going, claiming to have reached a deal to sell the club. It was reformed again – strangely enough by Alan Hardy, the wang-tweeting Notts County owner, who bought it from the liquidator – and has been successful so far, with two successive promotions through the Midland League in two seasons, the second of which came at the end of this season, albeit only on goal difference.

There is, however, a tiny but potential glitch on the horizon. Notts County’s travails near the bottom of League Two, the insolvency of Hardy’s other business, as well as other shortcomings, when coupled with the financially disastrous recent history of football in Ilkeston, may well cause a flicker of doubt in one or two minds, but there is no particular reason at present to believe that history will repeat itself there. Harrop, though, was the owner at the point of the previous incarnation’s demise. He claimed injustice at every turn. Everybody always does, these days. But on this occasion, the fact remains that this occurred on his watch. So how has he ended up at Gateshead? Well, no explanation has been given by the club, but few would have expected one, in all honesty.

Later this week, the FA will be speaking to Ranjan Varghese about what, exactly has been going on at Gateshead FC over the last twelve months or so, and it is to be hoped that they do so in no uncertain terms. Would it be that surprising to find out that Varghese was pleading completely innocent to the accusations that are being made against him? Probably not. But these are the facts, as they stand: Gateshead Football Club currently has – at the time of writing – no members of staff, but has acquired two new directors in the last couple of weeks. The club has already been evicted from the International Stadium, with permission having been given for match-days only until the end of this season. It is understood that the council is reviewing whether it can allow the club back for next season. In other words, it’s possible – likely, even – that they’ll be evicted.

Then there’s the whole “Is he a shadow director when he failed the Owners & Directors Test?” thing, though that remains subjective. Does it look as though Cala has been acting as a shadow director this season? Sure does from here and others – including people inside the club – have stated the same, but ultimately it’s the interpretation of the FA and the National League that counts. Will they admit their mistake of a year earlier? Or will this become a mere curiosity of a footnote when the white flag is finally raised regardless? That this doesn’t even feel like the most significant aspect of what is happening to Gateshead Football Club right now says something about how close to the very end the club surely now is. 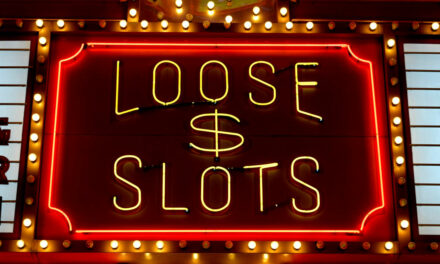