I know. Because I was there.

Roscommon’s out-of-nowhere second-half comeback prised the Connacht football title from Galway, in sunny, rainy, calm, windy Salthill. It was sport as theatre, on-and-off the pitch. Or, for the large Roscommon following which occupied the Atlantic Ocean-side resort suburb of Galway city on Sunday, on-off-and-on the pitch again in the last moments of stoppage-time. An epoch-defining display by a team, from Ireland’s sixth-smallest county by population, which dictionary-defined beaten at half-time,

And I know. Because I was there.

Yet this wasn’t the story of last weekend, or even the ghastliest story of Galway’s ghastly two days, as a scenario I dismissed out-of-hand last week precisely played out.

Leinster hurling’s round-robin stage literally came down to the very last long puck. And Galway, 2017 All-Ireland champions, reigning Leinster champions and beaten-by-a-point 2018 All-Ireland finalists, will not puck another ball, long or short, in 2019. And they ‘achieved’ this even after long-term injured talisman Joe Canning returned as a second-half substitute and scored within 30 seconds of his on-field reappearance.

Galway began Saturday atop the table, on five points. And they visited fourth-placed Dublin, on three. In-between lay Wexford and Kilkenny, four points each, battling it out, literally at times, in windy Wexford. Both games see-sawed dizzyingly. Midway through the second half, Wexford and Kilkenny drew level for an implausible 11th time. Dublin and Galway’s reaction? “Hold my beer,” as they levelled up for the SIXTEENTH time. And at some stage, all four teams were in the top two, and one win from an All-Ireland semi-final, or fourth, and out of the All-Ireland entirely.

Wexford led Kilkenny by three points at half-time, having rough-housed Kilkenny talisman TJ Reid to the margins of the action. But they’d been backed by a particularly virulent strain of the ‘six-point wind’ which has toured Ireland this championship ‘summer.’ And Kilkenny’s only fully-functioning forward, Adrian Mullen, goaled to put Kilkenny a point ahead just after the interval. A Padraig Walsh wonder-point also lifted Kilkenny spirits. But second-generation Malay-Chinese talisman Lee Chin kept Wexford adjacent on the scoreboard.

Meanwhile, Dublin broke for home, inspired by a massive-range point from play by keeper Alan Nolan. They turned a two-point deficit into a four-point winning margin in the closing season/mind-altering minutes. Captain Chris Crummey belied his surname to inspire two late Dublin goals, drawing the foul for Sean Moran’s penalty before riding a tackle which fortuitously left him with only Galway keeper Colm Callanan to beat, which he did.

Dublin leap-frogged Galway in the Leinster standings, an eight-superior points difference sealing their championship progress. But the Wexford/Kilkenny physicalities had delayed their full-time, via injury and, for Wexford’s Matthew O’Hanlon, red-card stoppages, giving Galway an agonising on-pitch wait as four minutes’ stoppage-time played out.

This situation was bizarre. A draw in Wexford would eliminate Galway AND qualify Wexford AND Kilkenny for the Leinster final. They could waste stoppage-time entirely. But they DIDN’T KNOW. Inexplicably, there was no pertinent sideline communication. Reid landed a wind-assisted long-range free and Chin responded in slightly shorter-range kind, as the intensity (like the penny) failed to drop.

The Salthill pub in which I watched affairs was similarly under-informed. The locals had cheered Wexford on throughout. But as Kilkenny keeper Eoin Murphy lined up a last-seconds free, it dawned on only a few nerds (yes, me included) that only a Murphy point would save Galway. And it only dawned on all the locals long after Murphy’s free fell short.

Afterwards, Wexford boss Davy Fitzgerald claimed he’d been “all over” the unfolding situation. But this was nonsense, as exposed by lingering TV camera shots of a bemused Davy Fitz and his coaching staff in a bemused immediate post-match conflab. Kilkenny boss Brian Cody seemed to know because, well, Cody knows. And the parting TV shot was of Fitzgerald and Cody warmly smiling at each other as they contemplated their Leinster final rematch (Dublin will play a ‘preliminary’ quarter-final which…I’ll explain nearer the time).

And maybe Galwegians will one day look back at this impossibly dramatic Leinster denouement and smile too. But not for a bit.

No such dramas in Munster, where only a massive points difference turnaround for Clare would save their summer. Clare needed to beat Sunday’s visitors Cork by an innings and hope that Limerick lost, pretty heavily if possible, in Tipperary. Both results landed. But the necessary margins didn’t.

Munster’s 2019 championship has generally disappointed. But the qualified trio (Tipp and Limerick Munster finalists, Cork preliminary All-Ireland quarter-finalists) have been excellent. Especially Tipp, whose four-point win over Limerick on Sunday was labelled a “phoney war” ahead of their Munster final. Tipp emerged with concerns over injuries and revealed game plans. But they are current, and justifiably clear, All-Ireland favourites.

After 17 seconds, Clare were on course for their required innings victory, Shane O’Donnell goaling as quickly as possible in a 15-a-side sport without a sneakily-concealed time machine. Unsurprisingly, Clare couldn’t maintain even remotely season-saving momentum. Nonetheless, their higher-quality players at last showed that quality. Most notably Tony Kelly, usually a ubiquitous presence in the ‘final third’ but posted missing until Sunday.

Clare won an excellent game by five points, despite Cork talisman Patrick Horgan scoring 2-8. And Cork can console themselves, despite missing out on a third Munster title in-a-row, with the fact that Munster’s third-placed team in 2018 recovered from a last round-robin day defeat in Clare to become…All-Ireland champions. Meanwhile, it was not too little for Clare. Just way too late.

Anyway, enough of that stuff with sticks. Back to Roscommon.

The Connacht title stats don’t lie. Galway lead Mayo 47-46. Sligo lead Leitrim 3-2. Roscommon now have 23, and over the years have mostly flitted in quality between those two pairs. This year, Roscommon beat the big two in the same championship for the first time since 2001 and beat them away for the first time since 1972. The significance of that was lost on no-one, judging by the sheer, occasionally over, exuberance with which they (OK, we) celebrated at and before the final whistle. I know. Because I was there.

For 20 minutes, the final toasted nicely, Galway driven by Shane Walsh, one of my favourite players (though not on Sunday, natch), Roscommon inspired by wonder scores from Conor Cox and Diarmuid Murtagh. It was five points each and both sides looked capable of progressing credibly to and in the ‘Super-8s,’ whether as provincial champions or by beating one of the four teams emerging from the ‘qualifiers’ competition which gives second chances to all provincial championship beaten teams.

Then the rain fell. And Roscommon fell apart. Galway took patient methodical advantage of some handling errors which would have shamed a toddler playing with a wet bar of soap to be five ahead by half-time. And the section of Roscommon’s huge support with whom I sat reflected that “not getting bate (beaten) out the gate” might be the limit of our ambitions. Wrong. Gloriously wrong.

The sun shone again shortly after half-time. And within six minutes, we (and, sorry, it IS ‘we’) were level. The talented Murtagh broke an inexplicable championship goalscoring duck, in-between points from the diminutive Niall Kilroy (who looks 12 from a distance but plays like a seasoned veteran) and the mercurial Cox. Then we scored again. And, with chances increasingly few-and-far-between and Galway’s forwards malfunctioning, the title was ours to lose, as we edged three ahead with four minutes’ normal time left.

Nerves took hold of Roscommon-shirted people on-and-off the pitch as seven minutes’ stoppage-time loomed. “It’s the hope that kills you,” I suggested. “I’ll take that at the moment,” said the bloke beside me. Galway pressed desperately. Adrian Varley dropped a ball into the goalmouth and Roscommon keeper Darren O’Malley’s knees knocked together at the very right time to block John Daly’s goalbound punch. O’Malley cleared the ball for a ‘45,’ a shot from the 45 metre-line, level with where the ball went out. Walsh pointed it.

But Roscommon responded immediately. Tadhg O’Rourke, from Tulsk, near where my dad was born, made a mountainous catch from O’Malley’s kick-out to help set up Cox for another shot, which Cox hit high in the air. Fans behind the goal knew it was straight but not if it would reach the goal. In the stand, we knew it would reach but not if it was straight. The crescendo of noise as fans gradually realised it was both was pure theatre. There was a mini pitch invasion, a portent of passions to come.

Galway had one last chance, as the clock ticked over to 78 minutes. But Daly flashed a low shot wide. “The crowd are on the pitch,” said RTE match commentator Marty Morrissey, summoning his inner Kenneth Wolstenholme. “And if there’s anything at all to be said, you have to say the people of Roscommon absolutely love their football,” he continued, where an association football commentator would probably have blubbed piously about “the sort of scenes we really don’t want to see on a football field.” Different sporting worlds. I know which one I’d rather inhabit.

And indeed, LOTS of people were on the pitch, thinking it was all over, while we began formulating travel plans for our first Super-8s match, as the tannoy announcer confirmed that it……still wasn’t. Thus, having already presumed victory, I couldn’t help thinking “Man City/Spurs, Man City/Spurs.” Mercifully, O’Malley’s kick-out broke to Colin Compton, from Strokestown, where my mum was born. And he helped set up Cox again.

This time, Cox was fouled. And with only enough time left to take the free, the crowds got pitch-invasion ready again (“look at the fans, they’re all along the sideline in front of our camera,” cried Morrissey, swept up by the excitement). Cox scored, because of course he did. And with masses of people on the pitch thinking it was all over, it was now. The party, though, was just beginning.

And I know. Because I was there.

The other three provincial champions will emerge this weekend. On Saturday evening, Kerry host Cork in Munster and on Sunday afternoon, Donegal play Cavan in Ulster, while Dublin face Meath in Leinster. Donegal will not be favourites by much against a ‘coming’ Cavan team. But Kerry should, and Dublin will, cakewalk to victory, although Meath are also a ‘coming’ team who might add competitive value to near-future Leinster championships.

On top of Munster and Leinster currently lacking competitive value, the provincial championships are undoubtedly an inefficient, archaic method of helping determine Ireland’s best team, splitting the field into groups of five, six, nine and twelve. And occasions such as Sunday’s in Galway’s Pearse Stadium do not alter that fact. Nonetheless, Sunday was a day, a match and an occasion to savour for everyone associated with county Roscommon.

I know. Because I was there. 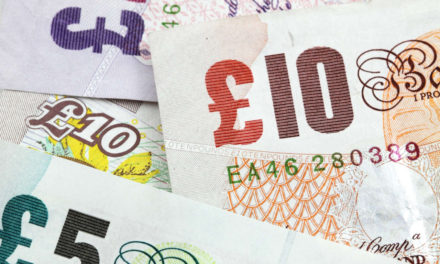 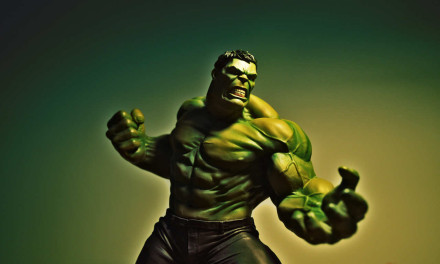 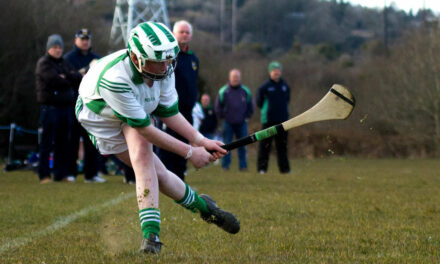 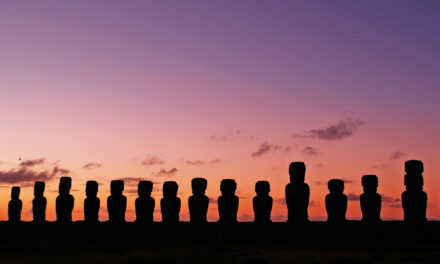