Like the World Cup, there are no more second chances in this year’s ‘Championship.’ And, last weekend, while there were three big hurling matches of fascinating if different qualities, for once, football won the day(s).

After, as they say in Ireland, “the week that was in it,” Kildare’s win over Mayo was inevitable and inevitably stirring. The best match of Football’s 2018 Championship to date. And justice, after the GAA’s abortive decision to move Kildare’s home match to Dublin’s neutral Croke Park, against Kildare’s wishes.

The ‘Newbridge or nowhere’ movement of players, officials and supporters forced the GAA to backtrack. And the GAA’s ‘Grab-All Association” behaviour inspired Kildare to footballing heights they hadn’t reached in ages. Mind you, only ‘live on SKY’ hype made them huge second-favourites against injury-thumped Mayo. Kildare were relegated this year. But Mayo avoided relegation with, literally, the last kick of their campaign.

The GAA faced opprobrium from all its constituent parts. And GAA communications director Alan Milton’s interview ‘explaining’ their ‘thinking’ only answered one question: “How much bulls**t can you fit into six-and-a-half minutes?”

Milton cited “the health-and-safety of patrons” as their “only driver.” And there were genuine such concerns. But the GAA announced their decision without consulting the authorities relevant TO those concerns, or they’d have known that Newbridge police had conditionally OK’d the game, conditions which Kildare were happy to meet.

And GAA president John Horan refuted widespread allegations that ‘Croke Park’ (journalistic shorthand for the GAA) was ‘out-of-touch’ on this issue by irrelevantly disputing what people meant by ‘Croke Park’ and by stating that “no matter which side we picked…we were always going to come in for criticism,” an assessment which simply showed how…out-of-touch they were.

Kildare’s lightning start to the match was thus expected. They poured the week’s frustrations into the opening quarter, led by five points and arguably should have led by more. They wilted in the heat and were level at the break. And, to add to the week’s perceived injustices, Mayo were awarded a point when Paddy Durcan’s shot was clearly not inside the upright.

‘Hawk-eye’ would have corrected the error. But it wasn’t available. So Kildare, again, did it for themselves, powered to a two-point victory after throwing bodies across Newbridge to resist Mayo’s late rally. Alas, SKY won too. They wouldn’t have got entertainment like THIS at Croke Park.

There’s currently an ‘end-of-an-era’ air about Mayo, after their first failure since 2010 to reach at least the All-Ireland semi-finals. And some players will be considering their Mayo futures. But there’s life-at-the-top left in others. And while Mayo’s gifted youngsters (2016 All-Ireland under-21 champions) haven’t progressed as quickly as hoped, they at least HAVE some. So, you can write-off Germany, but not Mayo. They surely won’t have to meet Galway in Connacht’s first-round for the FOURTH consecutive year, so they’ll be in 2019’s ‘superb-eights.’ And you read that here first.

Amid the above, Clare footballers’ controversial, arguably decisive, loss of home advantage garnered minimal attention. However, here the GAA followed their rule…an excellent one, too. Teams who started 2018 in Divisions Three and Four got automatic home advantage if paired with Division One or Two teams.

This rule had competitive and financial logic. Division Four Leitrim hosting Division One Monaghan offered the sniff of competitiveness, and a four-and-a-half-thousand crowd in Carrick-on-Shannon, considerably boosted Leitrim GAA coffers and Carrick’s economy. Monaghan were semi-easy winners. But it would have been abysmally one-sided and unwatched IN Monaghan.

However, Clare had to cede home advantage to Armagh, the Division Three winners who will face Clare in Division Two next year. There was no competitive or financial logic here. But it was within current rules. So, while Clare boss Colm Collins said it seemed “a bit ridiculous,” he had to “get on with it” and pretend that Armagh’s Athletic Grounds home was “a field the same as any place else.”

They led by four points on 65 minutes. But they collapsed thereafter, at least partly because they had to introduce their third-choice keeper late on, due to pre-match and second-half injuries to choices one and two. Their kick-out strategy collapsed. And they ended up losing by four.

That might have happened in Clare snyway. But home advantage IS an advantage (the clue’s in the name). And the rule should grade teams on their, more up-to-date, finishing league position.

Tyrone are the best-ranked and regarded team in the qualifiers. But their three-point win over Cavan was every bit as laboured as their previous qualifier wins. Sky commentator Dave McIntyre seemed convinced that he’d seen a good first half. But, as I checked my telly for a fault, the studio pundits set him very straight.

Ex-Mayo manager James Horan sounded bored. But he always does. And ex-Donegal manager Jim McGuinness, easily Sky’s best pundit, cut straight to the point, suggesting that Cavan were pedestrian rubbish whom Tyrone could beat as comfortably as they wanted.

RTE’s ‘Sunday Game’ pundit, ex-Tyrone star Sean Cavanagh, claimed this was how things panned out. But that was a bit biased. Cavan recovered from five points down just after the break to level matters. And they were within one score right to the end. If Tyrone were being ‘comfortable,’ they were being risky too.

In Saturday’s Round four qualifiers, Kildare will be slight favourites against Fermanagh in Navan. Mercifully, neutral venues are in Round four’s rules. But Navan is harsh on Fermanagh, a three-hour-plus round trip, the second-half of which might start after half-nine if the game goes to extra-time. For some Kildare fans, Navan is ‘just over there, look.’ Still, if Fermanagh complain, be ready for a ‘Navan or nowhere’ campaign…

Kildare will glean neutral support after last week AND because of Fermanagh’s unlovely style, although criticism of Fermanagh has produced a backlash, with some resenting media ‘mockery’ of a ‘wee county.’ And the competition’s lowest-ranked remaining team will garner some underdog backing. However, Kildare’s progress will depend on whether ‘Newbridge or Nowhere’ continues to inspire or whether last week’s efforts will cause them to expire.

Monaghan should beat Laois in their qualifier. Roscommon will be favourites against Armagh, though only just, and not by enough to calm MY already-shredding nerves. And Tyrone should beat Cork (well, I’m sure Sean Cavanagh thinks so, anyway). Then there’ll be eight, the “Superb-8,” or whatever. And, be warned, there’s controversies brewing already about venues.

There would be books, films and documentaries written and watched about the 2018 Munster Hurling Championship, if Gaelic Games had a truly global profile. Heck, there might be anyway. And the final, in the GAA’s spiritual home of Thurles in Tipperary, came mighty close to matching the drama which preceded it.

It ended up being a championship in which Cork beat Clare on the first day and the last day, and very nearly by the same five-point margin. Cork prevailed by two points on Sunday, although things weren’t quite that close. Clare grabbed a late goal to give the last few seconds a sort of tension. But a late, late Clare goal would not only have topped all the drama of the previous weeks but would also have been bright daylight robbery of a Cork side who produced a stirring comeback from eight points down, two minutes before half-time, to lead 13 minutes after it.

There should have been some controversy about that half-time. Clare re-took the field on-time. Cork were let spend four more minutes indoors. And in heatwave-heat, that must have helped. Clare played for the quarter-hour after half-time like they had collective sunstroke. Particularly Tony Duggan, who has scored from all angles all summer, but forgot how to strike a ball at all when faced with two simple frees. And by the time Clare recovered, Cork were off down the road to their second consecutive Munster title.

RTE’s Michael Lyster asked for Clareman Ger Loughnane’s comments, tailing his question “no loss of honour in defeat, but…” as if pre-empting mention of Cork’s 19-minute half-time. But Loughnane simply added “and no excuses.” And Cork WERE the better team. Eventually. RTE commentator Marty Morrissey frequently calls particularly good scores “a thing of beauty.” In itself, a sort of thing of beauty, if often excessively lyrical. Yet Morrissey couldn’t but behold beauty in some Cork scores, with Patrick Horgan and star-man Seamus Harmedy responsible for particular ‘joys forever’ (Keats, people).

For half-an-hour, though, beauty was in the eye of Clare beholders who, for the first time in years, looked like the majority of the Semple Stadium crowd. The ‘Banner roar’ hasn’t roared Clare to a provincial title since 1998…and only four times EVER (although they won a thrilling 2013 All-Ireland final replay against…Cork).

Yet they must have thought title number five was theirs to lose when they led by eight points, and, arguably, should have led by more, outplaying Cork early on but only pulling clear when David Reidy completed a stunning pitch-length move by netting Clare’s 17th-minute opening goal. Yet they only led by four at half-time. And with eight-point leads, and more, being ‘nothing in hurling’ this Munster summer, some Clare-minded observers possibly feared the worst. They were right.

As provincial runners-up, though, Clare can reboot their season in the weekend-after-next’s All-Ireland quarter-finals, against, in all-likelihood, Wexford, managed by Davy Fitzgerald. One of hurling’s smallest people but largest characters, ‘Davy Fitz’ won Munster and All-Ireland titles as goalkeeper and, later, manager of his native county. Clare. The fun continues.

Whatever the first half of the Galway/Kilkenny Leinster Final was, it wasn’t ‘fun.’. But among much dross there was some sensational high-fielding and catching. Ireland’s cricket team wouldn’t be lacking a slip cordon with some of these lads playing.

The gist of most punditry was ‘Galway to win but, you know, Cody.’ And hurling’s greatest-ever manager proved them right, getting an incredibly tenacious display, even for Cody teams, from his latest relatively-young charges. Loughnane, correctly, called the first half an ‘arm-wrestle.’ However, the second half was great. And the finish was Munster-style dramatic.

Galway were way below-par. They’d nevertheless ground out a late three-point lead which should have seen them home. Yet Kilkenny brought the margin back to one. And with two minutes left, Kilkenny’s talismanic TJ Reid pointed from a ridiculous angle/distance to take the teams to Thurles on Sunday. Galway should win there, if they hit anything like their straps. But, you know, Cody.

The Leinster Final ‘curtain-raiser’ was the Joe McDonagh Cup final, where Carlow finished a generally excellent second-tier competition with an entertaining, wholly-deserved win over Westmeath. Carlow will be in 2019’s main Leinster Championship and host Limerick in one 2018 All-Ireland preliminary quarter-final on Saturday (Westmeath host Wexford in the other).

Before ‘Newbridge or nowhere,’ ‘Carlow rising’ was the feel-good hashtag of the summer. If they beat Limerick, it might be again. 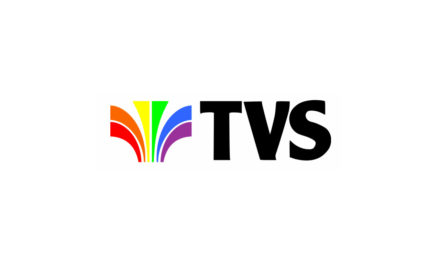 Televised Football In The Regions: The Beautiful South