“Goals win matches,” runs the GAA cliché. But if you can land a rake of points every time you play, you can win matches without goals. National League finals, provincial finals and All-Ireland semi-finals and, as Limerick’s hurlers demonstrated in magnificent style on Sunday, All-Ireland finals too.

When RTE match commentator Darragh Maloney referenced “Harlem Globetrotters stuff” during Dublin’s football semi-final victory, eight days earlier, he was talking about one score, right at the end of a game already long and well won. Whereas, the phrase could have applied to Limerick’s entire third quarter of an All-Ireland final still in the balance, on the scoreboard, anyway, during which they effectively clinched their second All-Ireland title in three years.

And, in a gracious post-match interview on Sky Sports Little Mix, Liam Cahill, manager of Sunday’s well-beaten finalists Waterford, inadvertently admitted how powerful Limerick’s point-scoring had just been. “When you don’t score goals in an All-Ireland…y’know…you’re under pressure,” he declared, realising halfway through that sentence that Limerick hadn’t scored goals and had been under almost no pressure, especially after half-time.

Limerick had led by only three points AT half-time, to the mystification of RTE’s and Sky’s entire presenting, punditry and commentary staff. “It doesn’t quite reflect how awesome Limerick have been in this opening 35 minutes,” RTE match commentator Marty Morrissey noted, correctly, when the lead was still four. The consensus was that Waterford would be “delighted” to be in such a position…to be in ANY sort of position at the break.

And Waterford’s recovery from over double the half-time deficit in their semi-final against Kilkenny a fortnight earlier was cited all over both broadcasters. Pre-match, Sky pundit Ollie Canning had predicted a Waterford win with slightly disturbing wide-eyed enthusiasm. And his belief was unshaken by the first 35 minutes, DESPITE the first 35 minutes. But, as one observer noted, “Limerick got the start to the second half Waterford wanted.” And the middle, and the end.

Yet there were a number of “what ifs” for Waterford, especially in that first half. Jack Fagan’s fierce second-minute shot flashed inches wide, with Limerick’s subsequently unbeatable keeper, Nickie Quaid…beaten. Stephen Bennett, whose frees were keeping Waterford in it, had one goalbound effort fabulously blocked, and another saved by Quaid which would have levelled things at half-time. They created eight goal chances, food for thought for Limerick amid the plaudits…and RTE pundit Ursula Jacob’s mystifying insistence, during her analysis of those chances on the ‘Sunday Game’ highlights show, that Waterford “just couldn’t break them down.”

And there was the injury to Tadhg de Burca, who was already looking hugely influential when he fell awkwardly on his knee just after the water-break and had to be replaced. De Burca was not long back after suffering a cruciate knee ligament injury last September. It is to be hoped that the effect on his real job as a school teacher is minimal and that his recovery is swift and complete enough to allow a speedy return to the game. He has been one of its best players for some time and deserves no less.

Yet Limerick were already dominating when de Burca departed, pointing stylishly in all shapes and sizes and from all angles and only denied a bigger lead by a wondrous double save from Waterford keeper Stephen O’Keeffe. The first denied Kyle Hayes a goal-of-the-year-or-maybe-longer contender after a sweeping five-pass move (almost tiki-taka for hurling). The second denied Cian Lynch when he ferociously clattered the rebound goalwards. And after the break, Limerick were simply sublime

Bennett chose the worst of times to miss his first free, 56 seconds after the break. And Limerick’s first response, another sweet passing move and sublime finish from hirsute full-forward Seamus Flanagan, set the tone until the second water-break. This was exemplified by another Flanagan point four minutes later, when he controlled an overhit pass and fired over a point from near the sideline, punching the air with passionate pride in his artistry. “He may be a big, tall man but he’s got great wrists,” Morrissey declared, believing that only small men, such as himself, could have such wrists.

Wonder scores continued to flow from Limerick’s half-forward line, already much-vaunted and earning plenty more vaunts here. No-one more so than Gearoid Hegarty. “Loping,” is one word which comes to mind looking at him. “Dmitar Berbatov” are two more. But on Sunday he was, as the old joke goes, “more deceptive than he looks,” a free-scoring omnipresence, overshadowing even his outstanding half-forward colleagues Tom Morrissey and the inordinately naturally-gifted Lynch

Limerick led by eight when the proverbial drinks trollies arrived. And not even the water-break’s momentum-shifting qualities could save Waterford here, as Limerick continued to pick off the scores while Waterford, perhaps prematurely, hunted goals. Calum Lyons brought one outstanding save from Quaid with 13 minutes left and nine points in it. But Limerick’s half-backs were scarcely less key to their success than their half-forwards. And they proved that in this spell.

In fact, one less-stylish but scarcely less important aspect of Limerick’s display was their willingness to use what a friend of mine once called, “clever fouls,” a cynically destructive ploy, overlooked amid the eulogies (captain Declan Hannon, leading by example, escaped uncautioned for an early semi-judo throw). “Limerick gave away more fouls than any other team in the championship,” pundit Donal Og Cusack noted on the Sunday Game that evening. But to him that was “testament to their spirit.” Tyrone footballers, lambasted for similar misdeeds down the years, may have a view on that.

But that aside, there was no doubting Limerick’s overall quality. Some of Waterford’s quality players showed flashes of that quality. Austin Gleeson, for example, hit a wonder score early on and landed a monumental sideline cut, Joe Canning-style, shortly before half-time. Limerick won because all their quality players showed flashes and more of that quality. An All-Ireland winning display, to use a phrase which has peppered GAA punditry in this championship, “for the ages.”

The age profile and club-side togetherness suggest years at inter-county hurling’s summit for this Limerick generation. But as easy as this is to envisage now, it was as easy to envisage the 2020s being Tipperary’s decade after they won the 2017 and 2019 All-Irelands, which sandwiched a one-point semi-final defeat to Galway in 2018 (a wonder point too, from the inevitable Joe Canning). Limerick look like a team for the afore-mentioned ages. But, at times, so did Waterford, Tipp, Galway, Kilken…you get the message.

A fine championship. Safe, too. Well done all.

There is, of course, the Mayo “curse.” The upshot of a long story is that Mayo will never win an All-Ireland until every member of their last All-Ireland title-winning team, in 1951, has passed away (only one remains alive). The most ridiculous of these accursed luck stories was 2016’s drawn game where, I’ve mentioned before, Dublin failed to score during the first 31 minutes but still led by two points, after Mayo had put through their own net twice, in a sport where own goals are a good deal rarer than in soccer.

It persuaded outspoken RTE pundit Joe Brolly at half-time that “there were clearly supernatural forces at work,” as he struggled to remember “when was there ever one own goal?” And after the match, he pleaded to God for Mayo to win an All-Ireland title, so that “we’ll all be able to relax and get on with our lives.”

It hasn’t happened yet. Despite what RTE pundit Sean Cavanagh said five weeks ago about it being “like Mayo” to win an All-Ireland in such a “mad year,” it ain’t happening on Saturday (live on Sky Sports Little Mix, 4pm programme, 5pm throw-in). And if that smells like a desperate attempt from a second-generation Connacht man to tempt fate in Connacht champions Mayo’s direction, then your noses are working. 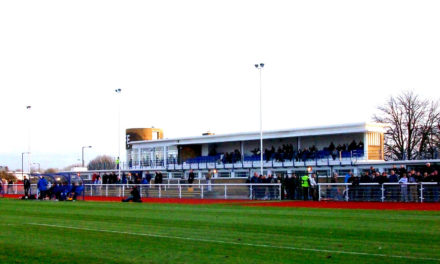