Gary Lineker, and others in soccer’s ‘intelligentsia,’ declared after the recent Champions League semi-finals that there was “nothing like football.” They clearly never saw last year’s All-Ireland hurling semi-finals.

This year’s hurling championship began last weekend. And while matching 2018’s drama will probably be a mission involving self-destructing tapes, the early games suggested a good go will be had by all.

Ten counties from two provinces, Munster and Leinster, plus Connacht county Galway, duopolise top-class hurling. And the provincial championships are in their second year as round-robins, with Galway in, and holders of, the Leinster championship. All bar Carlow have won provincial or national honours this century. And when Sky Sports’ championship preview suggested that nine teams had realistic All-Ireland title hopes, it wasn’t clear whether they’d ruled someone out, and if so who, or just couldn’t count.

On Sunday, Waterford hosted Clare in a slow-burning encounter which caught light near the end. In 2018, Waterford played every game outside the county, as their Walsh Park ground only holds 11,000. And this, plus a distinct lack of the luck of the Irish, handed Waterford an early championship exit. In 2019, they have two home games, their first in the championship since 2003. and 11,012 packed Walsh Park for an occasion as big as the match, with about 9,012 eating ice-cream, judging by the TV pictures.

The talismanic Adrian Gleeson scored their first point, from VERY long-range (“from another parish,” to use GAA vernacular), after 13 seconds. But they trailed thereafter and began going for goals, worth three points, as they faced the closing stages five points down. They should have taken their points instead, as they cut the gap to one anyway in the very closing stages, despite not finding the net. And they were denied a last-minute point-scoring opportunity by a linesman’s decision which would have shamed a Scottish soccer ref. The venue may change. But the luck remains the same.

Munster’s most successful counties, Cork and Tipperary, met in Cork. And until Tipp pulled away near the end, the game was as thrill-a-minute sensational as almost any of last year’s. Cork were Munster champions in 2018, while Tipp were…hopeless. The roles weren’t quite reversed on Sunday, as only Cork’s full-back line were hopeless. But Tipp made last year look like a blip, as their unfeasible number of players called Maher combined with glorious nicknames such as John ‘Bubbles’ O’Dwyer to produce a breathtaking attacking display.

The Munster championship looks set fair again, not least because there wasn’t an away win to be had in 2018 and there’s already been two in 2019. And last year’s All-Ireland champions, Limerick, haven’t even started yet.

Leinster gave Sky Sports’ largely pedestrian coverage an incident-filled cracker on Saturday night. An injury-ravaged Kilkenny recovered from considerable first-half struggles to secure a five-point home win against a Dublin side whose pre-match confidence was far from entirely misplaced. But for all the good hurling played, with Kilkenny very good indeed in the second half, and the drama of three penalties of varying disputability, the game will be remembered for, and arguably pivoted on, one bizarre late first-half incident.

In hurling and football, it is common for backroom staff (a.k.a. ‘mentors’) to go onto the pitch to dispense advice and/or energy drinks when play is either stopped or on an entirely different part of the pitch. It IS uncommon for mentors to join in the play. But Greg Kennedy, a Dublin selector and mentor, did so to significant effect on Saturday.

With instincts honed when he was Galway’s corner-back, Kennedy was on the pitch doing a spot of ‘mentoring’ when he noticed Kilkenny’s TJ Reid taking a quick free to set up a goalscoring opportunity for team-mate Billy Ryan. Kennedy immediately plonked himself in front of Ryan, caught the ball and threw it to the ground before the referee intervened.

The ref had had his back to the fun, as he was lecturing Dublin’s Chris Crummy for conceding the free. So he likely wouldn’t have let play continue anyway. He knew something was askew when he saw Kennedy looking more sheepish than a leg of lamb in a woolly hat. But he couldn’t be sure Kennedy had done enough to be banished to the stands. So he didn’t. Thus were we treated to the sight of 70-year-old Kilkenny manage Brian Cody angrily chasing Kennedy yards down the touchline back to the Dubs’ dugout.

The crowd, semi-stunned by Dublin’s control of the game until then, were thrice-galvanised. By Kennedy’s action, by Cody’s priceless reaction and by Dublin’s daft decision to let Kennedy continue ‘mentoring,’ thereby regularly re-igniting their simmering sense of injustice. Cody made a series of decisive tactical changes, as befits his earned managerial-legendary status. But Kennedy kick-started it all. And had Dublin won, Cody’s post-match reaction might have been Sky Box(ing) Office, 70-year-old or not.

Galway’s six-point win over Carlow was lower-key – it could scarcely not have been. But Carlow are new to this top-level of hurling, promoted into the provincial championship having won the second-tier ‘Joe McDonagh Cup’ last year (the GAA habitually names their trophies after people, with the All-Ireland champions winning the ‘Liam McCarthy Cup’). And to run Galway so close was a surprise. Slightly more than ‘plucky,’ too. Though running Kilkenny that close next week will be a taller order, especially if a Carlow mentor decides to play corner-back at a key moment.

The Gaelic Football championships’ now-traditional curtain-raisers are Connacht quarter-finals in New York and London. Last year, New York, whose place in the championship is largely ceremonial, only lost to Leitrim after extra-time. This year, transatlantic order was restored when Mayo lived up to their Connacht favourites tag by allowing the Big Apple an embarrassingly small four points in a one-sided affair. While defending Connacht champions Galway also lived up to Mayo’s favourite’s tag when they won in London BY an embarrassingly small four points.

Viewers of ITV’s ‘John Bishop’s Ireland,’ a very entertaining gap-plugger between Coronation Street’s Friday episodes, will know Mayo are “cursed” not to win the All-Ireland again until all members of the last Mayo team to win it, in 1951, have died. And Mayo’s genuinely huge ill-fortune in recent All-Ireland finals has given huge credence to this curse.

Yet this could be Mayo’s year. There is a sort-of curse on teams going for five consecutive All-Ireland titles, as Dublin are this year. No football or hurling county has won five-in-a-row. Even Kilkenny’s ‘drive-for-five’ failed, under the great helmsman Cody in 2010. Kerry’s footballers also fell at four, in 1982, to a late goal with a clear foul in the build-up. And Dublin struggled in this year’s ‘National League,’ football’s secondary inter-county competition, losing three games in seven, having lost two in the last three years.

Relatively early exit from 2018’s championship gave Mayo’s battle-hardened veterans a welcome break. And a new management team introduced some talented youngsters as Mayo won the league, outplaying a much-vaunted Kerry team in the final. Parody account “Mallow News” tweeted recently: “Now that Tiger Woods has come back after 11 years of hurt we ask: Is this Mayo’s yea…ahahaha. No. Of f**king course it isn’t.” I beg to differ. I think this IS Mayo’s year.

The story of football’s championship thus far has been the series of ‘plucky’ displays by teams from the lowest two of the league’s four divisions. London (above), Offaly, Derry and Waterford ran higher division opposition a deal closer than expected.

In his Sunday Independent newspaper column, controversialist Joe Brolly blasted his native Derry for “giving away” their “soul, self-respect and honour” and trading “our traditions of expansive football for bland conveyor-belt football supervised by outsiders who don’t give a damn about us,” declaring Derry’s visit to 2018’s All-Ireland beaten-finalists Tyrone “time for our annual punishment.” But Derry led with seven minutes left…although this just made Tyrone angry, and they ran out six-point winners. Still, on TV highlights show ‘The Sunday Game,’ Brolly apolo…ahahaha. No. Of f**king course he didn’t.

(Brolly may meet his match in new Sunday Game presenter Joanne Cantwell, who has never shied away from devil’s advocacy, or plain disagreement, as Brolly has held TV court. In a January show, Brolly was moved to ask if she was “going to argue with me over every single thing that I say.” And when she said “if it requires an argument, yes,” he suggested it was “going to be an extremely long year.” Friendly enough, I think, but one to watch, if the football gets as dire as Brolly often predicts and the talented Cantwell stands her ground).

Mercifully for the good of my psychological well-being, promoted Leitrim produced none of this lower-division pluck, coming a 14-point cropper away to ‘my’ team, Roscommon, who will now attempt to recast the Mayo curse in Mayo on Saturday week, live on Sky Sports. Unfortunately, given Mayo’s current prowess, and Roscommon’s jelly-mould defence, I’ll likely be watching from behind the proverbial sofa.

Thus, division four Limerick were last weekend’s stars, convincingly, joyously winning at second-tier Tipp, who were All-Ireland semi-finalists in 2016. And the seven-point margin would have raised eyebrows at a Limerick/Tipp hurling encounter. And Limerick’s next opponents, Cork, are in football disarray; twice-relegated since 2016 and the victims when Tipp had a rare Munster football semi-final win that year, (Kerry and Cork are usually the finalists, if not previously drawn against each other).

This weekend, Limerick host Cork in the hurling, while a resurgent Tipp host luckless Waterford. And, Lineker et al, if those games replicate 2018’s editions, there really will BE “nothing like it.’ 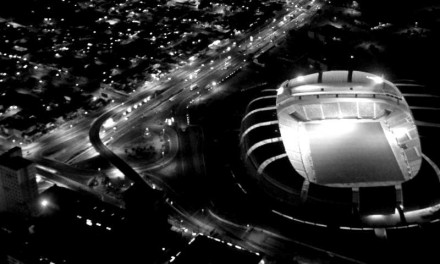 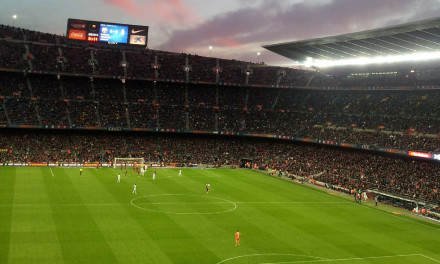