Football on TV: There Is Another Way

I’m not sure if this is a commonly held view but I have really enjoyed this tournament. It has not been a brilliant one, the benchmark remains Euro 2000 and I will explain at length to anyone who disagrees why they are wrong, and there have not been many truly memorable matches but there have been very few turkeys. Aside from Portugal, most teams have provided at least moments of entertainment: why, even England were very watchable against Russia. How long ago that seems now.

Perhaps the key reason for my enjoyment has been the fact that it’s been the first tournament I’ve followed in full from outside the UK. At present, there are quite a few reasons for me to be glad to be living outside the UK: never mind my disappointment on June 24th, the real boon has been avoiding UK (and specifically English) TV coverage. The 200% live blogs have offered regular reminders at just how lucky I am: the endlessly repeated banal facts, such as the population of Iceland or the contract status of Hal Robson-Kanu. The facile witterings of Glenn Hoddle have been thoroughly deconstructed by many, most memorably by Danny Baker’s presumably-wine-fuelled tweets. Sam Matterface is still a thing. The sneery way Clive Tyldesley mentions something and leaves the unsaid inference hanging in the air. The fact that Ian Wright is still employed as a pundit. The say-what-you-see approach of Mark Bright. Alan Shearer’s increasingly crimson pate. Robbie Savage.

So what can our European overlords/brethren (delete according to personal politics) teach us? By virtue of living in northern Italy, I can pick up coverage from Germany, Switzerland and Austria. Along with the Italian broadcasters, they all have differing nuances and none of them can be considered “perfect”, especially given that TV presentation is essentially a question of personal preference. Nevertheless, here is my 5-point plan for improving UK football coverage:

1) Do something about the co-commentator. The need for a co-commentator has been set in stone for as long as most viewers can remember. It is not possible for one person to relate the match alone. Well, the Swiss and Germans don’t seem to have got the message. Their commentators work alone, without anyone next who they can “banter with, if banter is now a verb. Instead, I imagine that the TV executives at these channels feel that a well-informed commentator can be relied on to provide sufficient information to viewers without the insight of someone who has played the game. What would Robbie Savage think?

Italy’s RAI does employ a co-commentator, most commonly the former Inter and Italy goalkeeper Walter Zenga. Zenga has had a chequered career as a manager, which is a polite way of saying he hasn’t achieved that much, but as a summariser he can offer genuine tactical insight. In the first half of Italy’s game against Sweden, he noted that the Italians were sitting far too deep and with the lack of pace in their team their attacks were starting too deep to hurt the Swedes. Antonio Conte clearly agreed, making the necessary changes after half-time in a match Italy ended up winning. Score one for Zenga. As the cricket writer Jarrod Kimber said of the late West Indian commentator Tony Cozier, the best commentators give you a little bit of information from a wealth that they have, whilst others give you all the information that they have been provided with. The best broadcasters are usually the best informed.

2) Does anyone really care about what happens at half-time? Clearly German and Italian TV companies don’t give a damn about the half-time break, allowing you to go to the toilet, refill your drink or quickly take the dog out. The former has an irritating habit of cutting to the news during the interval, allowing the crushing reality of the real world to permeate the escapism that sport offers. This leaves little time for analysis, with usually just a couple of minutes for regular pundit Oliver Kahn to discuss the key points from the first-half. For Italy’s RAI, virtually the whole of half-time is devoted to adverts, with just a couple of contributions from the two studio presenters who quickly sum up the main talking point over a replay.

3) Employ more female commentators. Most countries in Europe could benefit from employing more women as commentators. There really is no reason why a woman should not be employed as a football commentator and whilst Jackie Oakley is not really my cup of tea, is she really worse than Jonathan Pearce? The German ARD-owned channels had Claudia Neumann on their rota of commentators during the tournament and whilst she was only given the lower-profile games, it is at least a start, although predictably plenty of idiots expressed their ignorance on the channel’s Twitter and Facebook feeds. That said, in the studio women were very hard to spot in Germany, Switzerland and Austria. There cannot really be an excuse for that: given the status of the women’s game, there is not even a reason for the studio pundits to be uniformly male. RAI do employ a woman to present games but their coverage barely extends beyond the match itself, with no studio analysis or reaction, so her role is really pretty limited.

4) We need more variety in our commentators. I know it is a staple of the 200% podcast but all commentators really do sound the same these days. Watching this tournament has provided me with a real contrast in commentary: On the German-speaking channels, the commentators don’t say observe the old Richie Benaud maxim to “never insult the viewer by telling them what they can already see” the commentators in all three Teutonic nations adopt a minimalist approach. The effect can be unnerving, with relatively long periods of silence between interjections.

The contrast with the Italian commentary is especially stark, with the men at the mic seemingly labouring under the misapprehension that they are working on the radio. This means absolutely every action is described to you, often in exhausting detail. At times of genuine excitement, such as Italy’s stunning win over Spain, this can really add to the experience but during more prosaic games (to take an example at random, Germany-Poland) it is much more irritating. At least the commentators have distinct voices and styles, however, each bringing something different to the lip mic. Watching Match of the Day next season, I will really struggle to identify the commentator without the helpful caption at the start of each game.

5) A bit less passion, a bit more knowledge. The Austrians had high hopes for this tournament, built on a strong qualifying record and some stand-out players who often saved their best performances for the national team. Instead, they exited at the group stage in humiliating fashion, their only point achieved thanks to Christiano Ronaldo’s hilarious penalty miss. In contrast to the English media’s in-depth self-flagellating inquest into why England are shit, there seemed to be more of a resigned acceptance to the Austrian TV coverage of the conclusive defeat to Iceland. There was no gnashing of teeth, no faux anger at how the team had let the fans down. Some may say the Austrians don’t care enough about football, that they lack the passion of the English. Others might respond that this is a healthier relationship with one’s national sport.

The German coverage struck a similar tone when they lost to France. During the semi-final, he was obviously asked about the penalty conceded by Bastian Schweinsteiger. “Clear penalty”, he replied, before going on to explain why he thought this to be the case. It was a convincing argument. I doubt whether an English pundit would have been so certain. At the risk of sounding like Boris Johnson in Liverpool, we are a bit more self-pitying in England. We like to look for an excuse: David Beckham or Wayne Rooney’s red cards; Frank Lampard’s shot which crossed the line; the “lottery” of penalties. Sometimes referees make decisions: deal with it.

Watching these channels, it’s hard to avoid the thought that a little more thought and a little less passion could go a long way to improving both England’s TV and its national team. I have no doubt that, now we are apparently in a post-experts age, none of this will happen and football fans will continue to be served the same lowest-common-denominator dreck and manufactured controversy. Maybe at some point they will look at the way they cover sports such as rugby, cycling or F1 and realise that there is another way. 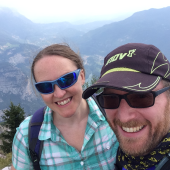