There was a time when there were no league tables at the start of the season. Exactly whose responsibility this eminently sensible decision was is just about lost to the mists of time, but it has only been in the last couple of decades that league tables have started to even be published before the first three league matches of the season. It may have been an entirely pragmatic decision, of course. League tables take up space, and most newspapers would likely sooner have filled that space with advertising or results from summer sports. In the age of infinite space that the internet has given us, that’s no longer an issue.

These days, our treatment of league tables over the first couple of weeks of the season is altogether more modern. For the first month or so of the football season, broadcasters and newspapers have a tendency to tell us that these tables are really not worth paying any great attention to, but will definitely show them to us at the same time. This weekend, all of this is very good news for the supporters of Bristol City, Huddersfield Town and Fulham, the somewhat eyebrow-raising trio of teams who are the only left in the Championship with a one hundred per cent win rate after two matches, a statistic which itself probably tells us quite a bit about how chaotic this season is likely to be in this particular division.

Bristol City, who have been due a season in the upper reaches in the Championship for some considerable time, sit above the rest following their third narrow win of the season (two in the league, one in the League Cup), by two goals to one at Burton Albion. And this win was the tightest of the lot. With two minutes to play of normal time, Burton were starting to celebrate their first ever Championship point when Tom Naylor levelled for them, but a goal five minutes into stoppage time from Tammy Abrahams took all three points back to Ashton Gate, and left Bristol City sitting atop the division, ahead of Huddersfield Town and Fulham.

Huddersfield’s win at Newcastle United was the surprise result of the weekend. Last weekend’s defeat at Fulham might have been marked down as a bad day at the office for a team that is still trying to gel together for Newcastle, but yesterday’s was something else altogether. Defeat in their first home match of the season in front of 52,000 supporters may yet come to mark the end of the honeymoon peroid of Rafael Benitez’s marriage to the club and the boos that echoed around the ground at full-time should serve as a reminder that the margins between success and failure are going to be set an extremely high level on Tyneside this season. Fulham, meanwhile, won by two goals to one at Preston North End.

At Villa Park, meanwhile, Aston Villa finally awoke from a slumber that they have been in for five long months. If winning is a habit, Villa went cold turkey a long time ago and, whilst Rotherham United are one of the weaker sides that they will face over the course of this season, they have at least broke their duck for the season – especially welcome after a start to the season that saw them beaten at Sheffield Wednesday last week and beaten at Luton Town in the League Cup in midweek – and, thrown into the bargain, the third goal was a nicely worked solo go by a certain Jack Grealish. Perhaps a year away from the bright lights and other temptations of the Premier League will do him good.

Wednesday’s result last Saturday was one of the more impressive of the weekend, and they continued grinding out decent results from a difficult handful of opening fixtures with a goalless draw at Norwich in yesterday’s late kick-off. Much of the talk of the afternoon, however, surrounded somebody that wasn’t at Carrow Road rather than anybody that actually was. Fernando Forestieri reportedly had to be talked into starting last weekend. He managed it to that game, the brave little soldier, but apparently a trip to Norfolk to do the job that he is paid to do was a little bit too much like hard work this time around. He’s angling after a transfer that will make both him and his agent a lot of money, of course, but heaven knows what it says about football that there are still clubs lining up to sign him despite this display of entitled petulance.

The weekend had begun on Friday night with Brighton & Hove Albion going briefly top of the table following a comfortable win against a Nottingham Forest side that looked rather more like relegation candidates than they did this time last week when a a wave of optimism flowed through the club following an opening day win against Burton Albion. Brighton made it two clean sheets in a row in the league, whilst two of their goals came from the former Crystal Palace striker on loan from Bournemouth, Glenn Murray. This was a coherent and well-organised performance from Brighton, who look as though they might be shaking off the hangover of last season’s narrow defeat in the race to get into the Premier League.

Rooted to the foot of the table, meanwhile, are two clubs who have both been the champions of England in the last quarter of a century. Leeds United were beaten two-one at home by Birmingham City, a result that left Elland Road groaning under the weight of full-time whistle boos, whilst Blackburn Rovers were an incoherent, shambolic mess for the second week in a row in losing by three goals to nil at Wigan Athletic, for whom Will Grigg scored and briefly reminded us of that weird time when one of the most popular songs at Euro 2016 was on the subject of  a player who couldn’t even get onto the pitch. Owen Coyle, the Lion Judas of Lancashire, might already be living on borrowed time at Ewood Park, by the way.

In League One, meanwhile, only two teams have retained a one hundred per cent record after two matches. Top of the heap are Gillingham, who squeaked a narrow win against Bury, and in second place are Bolton Wanderers, who went a goal down against Wimbledon before coming back to win. Wimbledon have yet to pick up their first point of the season, and the only other club to have achieved that most unwanted of feats is Southend United, who were beaten at Port Vale. Just above those two in the table are Oldham Athletic and current crisis club du jour Charlton Athletic, who were held at home by Northampton Town amid an unsurprisingly fractious atmosphere, considering the events of the last seven days or so, at The Valley.

It hasn’t been a terribly good start to the season for the county of Devon in League Two, so far. The only two clubs in the division to have managed nul points from their opening two fixtures so far have been Plymouth Argyle and Exeter City. Plymouth’s supporters faced that infamously awful trip north to Carlisle, only to have to make the return trip with nothing to show for it following a one-nil defeat, whilst Exeter were beaten at home by Hartlepool United. No-one has a one hundred per cent record in League Two after two matches. Luton are top of the table, although they could only manage a point from their home match with Yeovil Town, but there are eight other clubs also on four points, separated only by goal difference, goals scored and, in the case of Crawley Town and Crewe Alexandra, alphatbetical order. See? We told you that league tables at this time of the season are hardly worth the paper they’re printed on.

Do you appreciate what we do here at Twohundredpercent? If so, you can subscribe through Patreon here and help to support independent football writing. 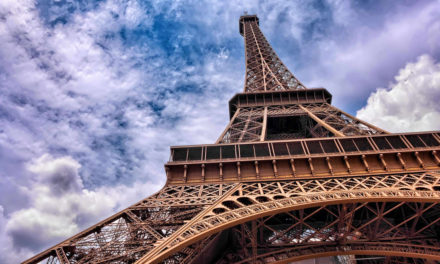