In an age during which the overwhelming majority of media output sparkles with a glittery polish unseen in previous years, it’s almost comforting to see a show trip over its shoelaces, fall flat to the ground with its face slapping into a custard pie, stand up again, slip on a banana skin, and then stagger around for a moment before stepping on a ladder which cracks into its face. To that extent, Channel Five’s venture into the world of football highlights was a success. However, when the only people that are satisfied with an hour and a half of their lives that they won’t be getting back seem to have been aficionados of schadenfreude, then it’s reasonably safe to say that things probably haven’t gone too well, overall.

When taking over a high-profile franchise, there is always a temptation to impose your identity upon the product, even one that doesn’t require further bells or whistles to be applied to it. The BBC’s Football League Show was just about as demure as a football highlights programme as could be realistically possible, these days. Its late broadcast time and what many felt to be an over-emphasis on the Championship were criticisms that were never fully addressed, but at least the BBC seemed to understand that football supporters who will watch the Football League probably just want to watch the football. Whether deliberate or subconsciously, the corporation seemed to understand that, at its most basic fundamental level, the Football League is mundane. After all, the life of the Football League club supporter is, generally speaking, mundane. We watch the football. We crack unfunny jokes. We grumble. And that’s okay. We need neither bells nor whistles. In its own way, The Football League Show spoke for us.

Unsurprisingly, and even though the right format for such a show was right there under its nose, Channel Five wanted to impose its identity upon its acquisition of Football League highlights, and the result was a discordant, chaotically laid-out hour and a half, which seemed to have been formulated by someone whose entire lifetime’s experience of watching the television at all had consisted of ten minutes of accidentally seen Top Gear, probably whilst wearing ear mufflers. If you’d ever wondered whether such a thing could exist, Football League Tonight was a football highlights show without highlights. After leading off with around three minutes’ worth of Sheffield Wednesday versus Bristol City, the rest of what we saw was no more than goal footage interspersed with analysis so bland that the noises emitted by the hosts and guest Adam Virgo – yes, Adam Virgo – quickly came to sound like nothing so much as the teacher from Peanuts, interspersed with features so ham-fistedly presented that it was tempting to think that the audience might all be unwittingly caught up in some sort of cruel performance art experiment.

After the first match the cameras cut to the studio audience, where somebody had something to say that he presumably believed to be important but was rendered inaudible by the inexplicable decision to not train a microphone upon him. Even co-host Kelly Cates had to admit that she couldn’t make out what he was saying. Shortly later, after having leapt straight to a seemingly randomly ordered selection of League One matches – leading off with Sheffield United, presumably because somebody took an executive decision that juxtaposing Sheffield Wednesday winning with Sheffield United losing would result in #epicbantz – the Barnet manager Martin Allen was shoved on camera with a look of absolute bewilderment on his face for what turned out to be a lengthy, lengthy interview – far lengthier than any of the footage of actual football matches they showed, even though Allen, probably unsurprisingly, didn’t seem to have much of value to actually say.

League tables made of wooden board might have been a nice touch, but merely having them was treated with a heavy-handed nod and wink that reeked of little more than London media prickishness. One of the advert breaks was interrupted for the results of something called “The Health Lottery,” a Richard Desmond-funded intermission determined to shake a few extra pounds from the pockets of a presumably soporified watching audience. The rest of the Championship highlights, meanwhile, were held back to twelve minutes from the end of the show, presumably in the belief that the audience would wander off if they were shown before then. This might be considered an insult to the audience were there not likely more than a grain of truth to it, but this likelihood doesn’t exactly leave one feeling as if they have very much confidence in their format.

At twenty past ten, as the football programme without much football on it finally turned its attention to the top division of the competition that it now owns the right to broadcast, Match Of The Day began on BBC1. The skies above the length and breadth of Britain were briefly illuminated by the flashing of lights as millions of remote controls switched channels simultaneously. Leading with the match between Leicester City and Sunderland – yes, that’s how confident the BBC were – Match Of The Day was a welcoming portmanteau of slick presentation and decent highlights. It has its faults, of course – the continuing presence of Alan Shearer in its studio remains as much of mystery as ever – but by comparison with Football League Tonight, a football show that seemed to treat not only its audience, but even its studio audience and guests with a degree of contempt, it felt like sinking into a comfortable old armchair with a glass of good whiskey. Football does still exist, after all.

So, here’s the thing, so-called Channel Five. I think we need to talk, you and I. Producing a highlights programme for the Football League isn’t difficult, should you be so wise as to opt to do so properly. Pick a game or two that you’re going to focus on, and focus on them properly. Pick out a combination of a few minutes of highlights from every other game. Have a pundit or two spouting banalities between games for a minute, if you must – we’re kind of desensitised to that sort of thing, nowadays – show us the league tables and a couple of brief interviews – really, football people don’t tell us anything interesting in these interviews: they’re not allowed to tell us the interesting stuff in television interviews – and that’s it. That’s all you have to do. You don’t need a studio audience. You don’t need an inexplicably long interview with a League Two manager when you have acres of match footage at your fingertips.

There will be plenty of people who will be relieved to see Football Highlights being shown on the television at a more humane hour of the day, but that fact alone is not enough to redeem Football League Tonight. This is not just a concept that needs to be tweaked. These are not mere birthing pains. This programme is a fundamental failure of format. There’s no particular blame to be placed on the shoulders of Kelly Cates and George Riley. Riley may look like a prototype from the first draft of Mannequin II and Cates might have carried the rictus grin of somebody who was having to make do without having any ability to mend, but they are only public faces. Low hanging fruit. Tweaking and shuffling the pack won’t rescue Football League Tonight. It needs major surgery, and if that fails it should taken out of the back of the studio from whence it was hatched, and humanely euthanised. It’s for the best, Channel Five. You love money, and you’re going to haemorrhage audience figures if you can’t come up with anything better for those with an interest in the Football League than this absolute dog’s breakfast of a broadcast.

You can ignore Football League Now with Twohundredpercent on Facebook by clicking here. 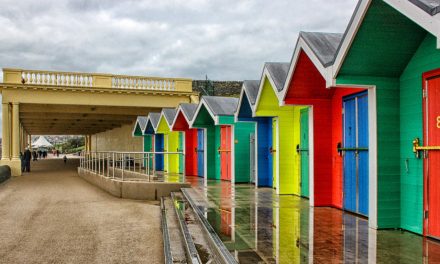