Towards the end of February 2001, Queens Park Rangers appointed Ian Holloway as their new manager in the hope that he would be able to salvage something from a fairly dismal season in what was then known as Division One of the Football League. He was not conspicuously successful. Following his appointment on the twenty-sixth of that month, his team could only manage one further win in the league that season, against Tranmere Rovers, the only team who would finish below Rangers in the table that season. It would take Holloway three seasons to get the club back into this division, before he was placed on gardening leave over speculation linking him to a vacant position at Leicester City. Holloway never got the Leicester job, but it would be more than a decade before he returned to Loftus Road as the club’s manager nevertheless.

His return to the club has not been conspicuously successful, so far. His team has lost five of its six matches since he returned in place of Jimmy Floyed Hasselbaink last month, and on Sunday afternoon a home defeat at the hands of an Aston Villa team that is stringing results together without looking particularly likely to trouble the very top of the table left Rangers three points above the Football League Championship’s relegation zone with the halfway point of the season fast approaching. Jonathan Kodjia scoreed the only goal of the match with fifteen minutes to play, which must have come as something of a relief after he missed a first half penalty, but there sems to be no relief in sight for Holloway, whose team won its first game under his tutelage but has now lost five in a row since then.

Aston Villa are now six points off the play-off places in the division, but they remain an astonishing seventeen points behind second placed Brighton & Hove Albion after Albion won by two goals to one in Gianfranco Zola’s first match as the surprisingly new manager of Birmingham City on Saturday evening. It required a very, very late goal from Glenn Murray to grab the points for Brighton, but winning without setting the world alight is very much what success in this division looks like. Newcastle United, who now appear to be locked in a Battle Royale for top place in the division, won by the same scoreline as Brighton at Burton Albion thanks to goals from Dwight Gayle and Mo Diame earlier the same day. The Rafalution on Tyneside continues apace, although the nature of the Football League Championship does mean that even this can look a little like a three-legged race, at times.

Below the top two, the chasing pack remain grim-faced in their ongoing pursuit. Reading stay in third place after a narrow win at Blackburn Rovers, although it is worth briefly mentioning that Blackburn have improved considerably over the last few weeks or so, whilst Huddersfield Town won at Norwich City – whose manager Alex McNeil is now clearly hanging by a thread at Carrow Road – on Friday night and Leeds United got there eventually, with a winning goal twoi minutes from the end of their match at Elland Road against Brentford. With Derby County only able to muster a two-all draw at Fulham, Sheffield Wednesday were able to leap back into the final play-off place with a win in their derby match against Rotherham United. They made hard work of it, though, requiring a penalty kick from Steven Fletcher four minutes into stoppage-time at the end of the match to finally see off a Rotherham team that don’t seem able to catch a break from anywhere at the moment. Otherwise it was a very tight weekend in the Championship, with the only team able to win a match by more than a single goal being Wolverhampton Wanderers, who won by two goals to nil at Nottingham Forest.

The situation at the top of League One may have switched decisively this weekend, though. Sheffield United won at Coventry City on Thursday night to move into second place in the table and remain there after Bolton Wanderers surprisingly lost by a goal to nil at struggling Chesterfield. Scunthorpe United, however, recovered from their recent mini-wobble with a three-nil win against Millwall, which keeps them three points clear at the top of the table. The division’s big winners of the day, however, were Wimbledon, who beat Port Vale by four goals to nil at Kingsmeadow to stay in touch with the play-off places at the top of the table.

At the other end of the table, meanwhile, Bury’s plunge down the table saw them enter the relegation positions after Oxford United came from behind twice before eventually beating them by three goals to two at Gigg Lane. This was Bury’s twelfth League One defeat in a row, and this time the win for Oxford was determined by a Greg Leigh own goal twenty minutes from the end of the match. Oxford’s win lifted them to tenth place in the table, but such is the congested nature of the bottom half of League One this season that only nine points separate them from the relegation places. One team that is stirring to ligfe at the bottom of the table, however, is Shrewsbury Town, whose two-nil win against Bristol Rovers marked their third game unbeaten in a row and lifted them to the dizzy heights of fourth from bottom in the table. As Christmas approaches, however, it could still be almost any four from fourteen to drop, come the end of the season.

League Two’s automatic promotion places, however, are starting to crystalise a little. Plymouth Argyle, Carlisle United and Doncaster Rovers all won at the weekend without putting in particularly convincing performances, and the gap between third placed Doncaster and fourth placed Portsmouth after Portsmouth, who again haven’t lived up to the pre-season expectations foisted upon them (primarily, it might be reasoned, on the basis of their home attendances) were held to a goalless draw at Fratton Park by Hartlepool United. They’re now joined on thirty-five points by Luton Town, who played through the echoes of Bloomfield Road to beat Blackpool by two goals to nil. Wycombe Wanderers and Cambridge United, winners against Leyton Orient and Crewe Alexandra respectively, make up the other two play-off places.

At the bottom of the table, only two sides could manage a win. Exeter City, who’ve picked their form from the floor recently, made it three wins from their last four matches with a two-nil win against Mansfield Town at St James Park, and Cheltenham Town are now level on points with both Accrington Stanley and Leyton Orient after a a two-one win away to a Morecambe side for whom a bright start to the season must now feel like a very, very long time ago indeed. We’re not quite at the halfway point of the League Two season, and even with Newport County four points adrift at the bottom of the table, it still feels as though there is all to play for in the bottom half of the division. As with the other divisions of the Football League, the Christmas and New Year rush might make things at the top and bottom of the tables a little more clear. On the other hand, though, this is the Football League, so perhaps it won’t.

You can support independent football writing on Twohundredpercent by subscribing with us on Patreon. Further details on how you can do this are available by clicking here. 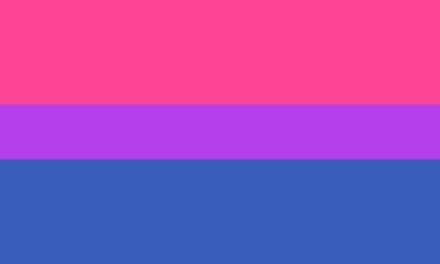