When the story regarding the abuse of young footballers that has been covering the press like an oppressive, repulsive smell this week first made its way onto the back pages of our newspapers this week, the word “Crewe” became almost immediately stuck in my head. Like most of us, I was previously only vaguely aware of the case of the coach, scout and serial paedophile Barry Bennell. I was considerably more aware of the production line that Crewe Alexandra was for so many years. The club was one of English football’s more understated success stories, punching considerably above its weight for many years off the back of bringing through a sometime bewildering array of young footballers, some of whom would go on to grace the very top end of the game.

It was not that uncommon for the television cameras of Football Focus to pitch up at Gresty Road for a feature, kicking off their feature at the railway station before panning across to the ground to pay tribute to a club that seemed to be doing things The Right Way. Yet despite this feelgood story, there was a whisper of innuendo that followed the club’s success in bringing through young players over a considerable period of time. The specifics of such rumours are, thankfully, lost to the mists of time, but it didn’t seem to ever be taken seriously. Perhaps we were in a state of disbelief over the possibility that something like this could be happening, that somebody like Bennell could be employed in such a position in the first place. Perhaps it was it was largely dismissed as what would now come to be understood as “banter”. It all feels like a bit of an irrelevance today.

As the week has progressed, so the list of names coming forward and adding theirs to the growing list of victims has continued to swell. This list now contains familiar names, David White, of Manchester City, and Paul Stewart, of Tottenham Hotspur, Manchester City and Liverpool. It should go without saying that we should applaud the courage of all of those who have come forward, and it should also be noted that the response to these admissions has been broadly supportive and positive. At a time when it can sometimes feel as though the entire world is having some form of collective nervous breakdown, to see such empathy on the part of so many has been possibly about the only positive that can be taken from an awful, appalling story.

This doesn’t mean that there doesn’t remain work to be done, of course. It is to be hoped that the press treats this story with the sensitivity that we should expect from a responsible media. This is no place for salacious reporting. We shall see, the extent to which this request for some degree of basic humanity to a media that frequently displays none is heeded. We should also,  where possible, stick to known facts rather than helping to  spread further innuendo. And critically, where players or former players are stepping forward with their own allegations but requesting anonymity, this should be respected. Already this week, one former Newcastle United player has done exactly this. The most likely effect of idle speculation concerning anybody else who does choose to exercise a right to anonymity may be to deter others from coming forward in the future. Our default position should be to believe and to offer support, no matter how insignificant that may, on some levels, feel.

Early signs on the matter of whether people will feel empowered to speak up seem, for the want of a better word, positive. The NSPCC has set up a dedicated hotline, and received fifty calls in its first two hours, and many more by the end of its first day. The Football Association has been similarly decisive, writing to hundreds of clubs, urging players to come forward, and reviewing their own records to try and establish the extent to which they may have been aware of the suggestions of the time. No stone, however, should be left unturned in terms of establishing the extent to which this was going on at the time and, just as importantly, whether there is any indication regarding whether it’s still going on today. We don’t know at this stage how deeply this will run, and we have to be prepared for the fact that whatever is uncovered may well be difficult to absorb. But it is, without question, necessary that this should come to pass.

Above and beyond that, there is little to say about this appalling story that shouldn’t be held back until investigations have been completed, other than to thank those that have already come forward for their bravery in doing so. Perhaps the last word for now should rest with the chief executive of the NSPCC, David Wanless: “There must be no hiding place for sexual abuse in our national game and there may be many others who suffered through such horrors as young players but have never come forward. As this week’s revelations have laid bare, people must be able to speak out and and get the help they need, and we know that can often be more difficult for men and boys.” This Pandora’s box has been waiting to fully open for a very long time. We must now face up to whatever is to be found therein, for the victims, and to ensure that this can never, ever happen again. 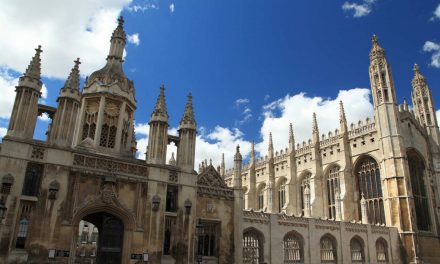 Podcast 191: An Echo of Glory, Part 1 – From Genesis to Revelation