“Even Fifa has its limits. Doesn’t it?” So ended Nick Harris’s November 2015 profile of Fifa presidential hopeful Musa Bility, on Harris’s excellent Sporting Intelligence website, as Bility’s presidential candidature was rejected on countless (lack of) integrity grounds. “Maybe in time,” Harris mused, “it will become apparent why on earth he thought Fifa’s integrity check would be a gimme.”

Harris may be right. Perhaps Fifa has no limits. After all, their just-announced a task force to address the countless integrity issues affecting Sierra Leone’s Football Association (SLFA) will be chaired by Liberian FA president and African Football Confederation (Caf) executive committee member…Musa Bility. Even someone outside Sepp Blatter’s Fifa limits is within current president Gianni Infantino’s.

SLFA elections/congresses were postponed throughout 2012. And Fifa, smelling a major bugbear, “political interference,” got involved when sports minister Paul Kamara dissolved the SLFA that September. Kamara handbrake-turned on this when Fifa threatened a global ban on the Leone Stars (national team) and PL clubs. But Fifa recommended postponing presidential elections again until “a joint Fifa/Caf mission” visited Leonean capital Freetown.

Kamara was happy, having declared that elections would take place over his “dead body,” if PLB ex-chairman Rodney Michael stood. Reasons for Kamara’s disaffection with Michael included his “middle-eastern origin,” his politics (Michael was in Sierra Leone’s “People’s Party,” Kamara in the “All Peoples’ Congress,” insert your Judaean Peoples Front/People’s Front of Judaea references here) and his “belonging to sports betting company Mercury International.” Michael was also accused of “injudicious” use of PLB funds.

Fifa proposed a “Normalisation Committee,” as they do. However, “normalisation” and “Sierra Leone football” are bitterly competing concepts. And Johansen emerged unopposed for the presidency after potential opponents, Mohamed Kallon and Foday Turay and Michael were disqualified.

Kallon breached residential regulations, perhaps due to his global footballing success, as he hadn’t lived in Sierra Leone for the required five years before the election. And Michael AND Turay were disqualified for “contravening” Fifa ethics on “betting, gambling and lotteries.” Little wonder they resented Johansen’s opposition to gambling’s perceived influence on Leonean football.

Fifa speedily gave “full support” to a committee formed “to probe” the allegations. Kargbo and Michael speedily counter-alleged a “witch hunt.” Kargbo smelt politics, cleverly citing the affair as Fifa’s detested “political interference” for “leading a crusade” against the SLFA. Michael “welcomed” the committee “as long as it’s transparent and fair (because) I am innocent.”

The Ebola virus swept across the nation that year. Football was suspended in August. But the politics wasn’t. An extraordinary (in all senses) congress, held by Leonean football dissidents, formed a nine-man interim committee, led by veteran Leonean football figure Unisa Alim Sesay (nicknamed “Awoko”), to run the SLFA until June 2015 elections.

Fifa backed Johansen again. And with irony-meters exploding worldwide, Fifa’s future-ex-Secretary-General Jerome Valcke sought to uphold Leonean football integrity. He told the committee it was not “recognised by Fifa,” who would “only communicate through the SLFA’s official representatives,” Johansen, and Secretary-General, Christopher Kamara. Not THAT one (though I did check). But, still, “incredible.” Or something.

Johansen’s PR people got to work. In January 2015, she was the subject of a semi-gushing profile by the UK Observer newspaper’s Anna Kessel, headlined “Johansen blazes trail amid tragedy and infighting.” Leap-off-the-page highlights included completing her education “at a convent school in Freetown” and “a boarding school in Yeovil,” (imagine the accent), her father co-founding “one of Sierra Leone’s most famous clubs, East End Lions” and Johansen founding the modestly-monikered FC Johansen, “after seeing boys who had nowhere else to go playing football in the street.”

There were also dark references to her idealism becoming frustration: “I used to think some of the attacks I had were because of my zero-tolerance on corruption. I’m beginning to realise it is because I am a woman.” And there was the shuddering fear that Ebola came to Sierra Leone after a Leonean underage team visited Guinea in April 2014. Johansen was “worried” at the time but “told not to make a fuss.” A situation credited to “football’s incessant politicking.”

She gained some high-profile support from this politicking, though. Particularly from Blatter. In return, Johansen claimed: “There were good sides to (Blatter). (He brought) female football to the fore. He encouraged women to play football. He was very concerned about me being a woman in a man’s world. He took that personal interest.” Blatter’s previous “encouragement” for women in football (“they could wear tighter shorts”) makes such gush seem cringeworthy and hypocritical given Johansen’s anti-corruption stances.

The ACC were investigating “discrepancies in SLFA financial statements” re “donor funds.” However, Fifa’s response could not have been more supportive of Johansen, and dismissive of her opponents, had she written it herself.

Fifa curiously wrote to the SLFA rather than the ACC itself, describing “several activities of third parties” as “interference (in) the…SLFA” in “the last three years” (Johansen’s presidential tenure to that point) which “caused continuous instability” to its “legitimate and recognised leadership.” And they urged “the Ministry of Sports and the ACC” to let the SLFA “conduct its affairs without unnecessary obstruction as no Fifa regulations have been contravened (re) Fifa funding.”

“Awoko” replied to Fifa Secretary-General Fatma Samoura, as “SLFA Stakeholders Consultative Forum” chairman. He said “Johansen’s executive” met “none of the conditions” for Fifa development funds, yet still received them without “oversight from (SLFA) Congress.” Samoura’s Sierra Leone visit that November drew up a “road map” for peace, with a “Memorandum of Understanding” (MOU) signed between all protagonists. Fifa’s objections to “political interference” were submerged as national president Ernest Bai Koroma ordered the SLFA to convene Congress in March to settle internal differences.

This “extraordinary” Congress established an SLFA ethics body to probe the match-fixing allegations, probably inspired by Fifa withholding Sierra Leone’s next Fifa grant, reportedly $1.2m, until such probes were completed. And, in the true spirit of Leonean football, they…started in-fighting about something else. As “ordinary” a Congress as Sierra Leone football could muster was set for 14th July. It was postponed because OF COURSE it was.

Fifa wrote again to the SLFA: “Integrity checks to current and potential SLFA Executive Members,” agreed under the MOU, “have not been carried out and (SLFA) judicial bodies and administrative officials must undergo integrity scrutiny.” You could hear the sighs as Fifa’s letter added: “As a result, the same problems appear to remain unresolved.” Nevertheless, Fifa still backed Johansen, letting her extend her four-year presidency until elections were held. This news was greeted as joyously as you’d expect.

New sports minister Ahmed Khanou, who replaced the sacked Kamara in March 2016, declared: “Sierra Leone is a sovereign state and should not be held to ransom. The Congress must go on as planned.” Idrissa Tarawally, described as the “leader of the aggrieved members of the SLFA,” took a remarkably similar tack: “Sierra Leone is a sovereign state. The SLFA is an autonomous body. Holding congress is a constitutional requirement.”

Khanou obtained an interim court injunction to stop Johansen and two vice-presidents running the SLFA, as all their terms expired on 3rd August.  However, Sierra Leone’s High Court threw this out in favour of Fifa’s preferred course of events, as set out in their July letter, which said “a new task force will be created by Fifa Members Association Committee (one member: Isha Johansen) including representatives of Fifa, Caf, SLFA and the Ministry of Sports to look into issues (with) the integrity of matches.” Enter Musa Bility.

In 2015, Bility assigned his integrity check failure to “my ban from Caf in 2013,” for improper use of confidential documents during his campaign against Caf rule changes which favoured incumbent president Issa Hayatou’s continuing incumbency ambitions. The real reason was a “multitude of proceedings led against you.” Some “resulted in convictions or other decisions by state authorities and sports governing bodies.” Other remained allegations or fell foul of technicalities.

None made it onto Bility’s self-declaration of integrity, the public version of which was “I have had my share of issues with Fifa and Caf. I opposed Blatter’s candidacy and spoke out against Hayatou’s desire to monopolize the position. I suffered for it but it has nothing to do with integrity. My records are clean and I’m ready for the job.”

He claimed he was never convicted of any “intentional indictable offence.” The nickname “Mister Corruption,” given to him by opponents within Liberia’s FA in 2012, suggested a fair few accidental ones, as did “a detailed report (to Fifa) by an independent international investigative services company, which (identified) risk-relevant information” on candidates, including “legal, regulatory, financial, and ethical issues.”

Bility’s “habit for a business misunderstanding,” as Harris called it in an attempt on the world euphemism record, emerged in 2006, when his “Srimex Enterprise and Gulf Trading” company paid only $125,000 of a $3m debt to Liberia’s Petroleum Refining Company (LPRC) (itself missing $7m from its accounts). His LPRC problems continue to this day, after alleged attempts by Srimex to import sub-standard petroleum products into Liberia.

In 2006, he was also sued by two Turkish business partners for an unpaid $600,000 debt. And Harris described him as “having written a series of bouncing cheques” during his Liberian National Port Authority chairmanship.

By 2016, Srimex still owed $143,000 of a long-term $488,910 tax debt to Liberia’s government. And this was despite Bility’s 2012 conviction for tax evasion related TO that debt. In 2013, Bility was charged with conspiring to defraud Liberia’s Airport Authority of $1m. He got off this hook on a time-delay-based technicality.

A vitriolic article by Global News Network (GNN) Liberia, on 30th March 2017, blamed Bility’s dreadful financial reputation on smear campaigns inspired by his changed political allegiance from the governing Unity Party to the opposition Liberty Party. GNN referenced “deadly plots” and conspiracies to take his “business and political life down the gutter.” But countless dodgy dealings predate Bility’s “new political alignment.” GNN will need another “explanation” for them.

His LFA financial reputation is also dismal. In July, ex-LFA finance committee co-chair Rochell Woodson wrote to Samoura alleging “misuse of entrusted funds” and “misapplication of (funds) and equipment…for the implementation of a youth league and women’s football program.” Six months ago, Woodson accused Bility of misusing $1m of Fifa financial assistance money and sharing $50,000 of Ebola relief money among LFA committee members. Woodson has asked Samoura for a forensic audit of this decade’s LFA accounts. Her accusations are neither lightly-made nor, it seems, politically-motivated smears.

A final offence was calling his son “Lyee K” (likeabilty, geddit?). Hopefully this is a joke entry on Bility’s curiously sparse Wikipedia profile (a “right to be forgotten” legally enforced?). However, reported doubts about Lyee’s finances, despite being a leading entertainment industry figure, scream “like father, like son.”

Infantino’s reputation as a “baldy Blatter” is only enhanced by Bility’s appointment. As Woodson told Samoura: “We do not want to outrightly accuse Fifa’s president of acquiescence to Bility’s mishandling of Liberia’s Football Programs, but (Fifa’s) silence seems to support Bility’s claims he is a friend of Infantino and thus, nothing can be done to him” (good bit of “not outrightly accusing” there).

Jerome Valcke’s 2007 appointment as secretary-general, seven months after losing his marketing directorship for breaching “business principles” was within Fifa’s “limits” under the real Blatter. Bility’s integrity task force chairmanship has all that re-appointment’s brazen disregard for ethics. And irony too. But nobody with Leonean football’s interests genuinely at heart will appreciate that.

You can support independent football writing on Twohundredpercent through subscribing with us on Patreon.

In Defence Of The Europa League 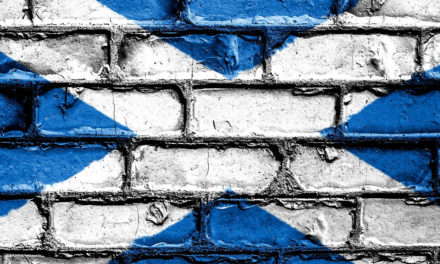 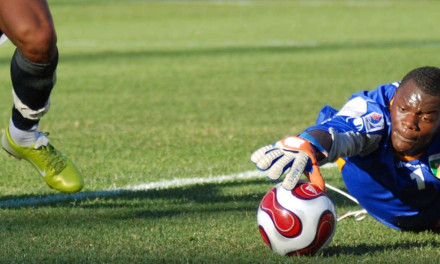