I’m no theatre-lover. However, I will never forget attending a performance of Alan Bennett’s “Talking Heads” monologue Soldiering On. When the “dark secret” (there’s one in most “Talking Heads”) was revealed, the silence in the theatre somehow audibly intensified. That seems nonsensical (“I want to hear silence,” my art teacher once demanded. “You can’t hear silence, sir” replied one detention-bound pupil…no, NOT me). Yet I can still “feel” it now, a moment of “pure theatre.”

“But he knew,” said Argentine former International Criminal Court Chief Prosecutor Luis Moreno Ocampo to a respectfully silent University of Basel audience last Friday. And there was that intensified silence again. “He,” former Fifa president Sepp Blatter, “knew” about the corrupt activities of Central and South American football federation chiefs, for which many were indicted last year. And Ocampo, co-founder of anti-corruption campaigners Transparency International, said this with Blatter just metres away.

Blatter has hammered a nail in satire’s coffin with each public claim of ignorance of Fifa corruption. But last Friday, the University of Basel re-invigorated the genre. Blatter spoke, in familiar terms, during a seminar panel discussion organised by Basel’s Law Faculty students entitled “Reforming Fifa – The Way Forward?” No…really. Prima facie, there could be no more inappropriate invitee. The question mark in the seminar title screams “What…BLATTER?” But students are educated by definition. And for maximum publicity, who better to ask?

The students examined “the role and structure of FIFA” and “how it could move forward on its reform path.” They had previously held a seminar to “analyse the governance structures of Fifa and the reform proposals of 2011.” However, this seminar met with widespread incredulity. “It’s made for comment,” noted campaign group NewFifaNow, correctly. Andrew Joseph wrote “wait…what?” in the USA Today newspaper. “Outstanding,” he said of the university’s description of Blatter in a pre-event press release, which read: “Blatter initiated reforms to fight corruption within FIFA, while at the same time he was repeatedly confronted with allegations of corruption and misconduct.”

“That isn’t a joke,” Joseph added, necessarily, though Ewan Palmer of the International Business Times, believed the “Irony” of Blatter’s participation was “not lost on the university.” Nonetheless, within seconds, discussion moderator, Mark Pieth declared Blatter “the reason why you are here.” Pieth was one reason why Blatter was there. In 2011, the university’s long-time professor of criminal law chaired Fifa’s “independent” governance committee (inverted commas advisory, as per), part of Blatter’s “road map” of reform. Most of the roads were predictable cul-de-sacs. But Pieth said in April 2014 that “the prospects for on-going reform are probably greater” if Blatter was re-elected president in 2015.

Pieth called the Basel students’ work “innovative” and “creative.” But even he betrayed typical Fifa-cynicism when he said Infantino would receive their report “if he is interested in it.” Ocampo, whose two speeches sandwiched Blatter’s, also praised the students’ “innovative” work, which highlighted “problematic issues” with marketing and World Cup hosting rights awards. He noted that nine of South America’s ten federation chiefs “received bribes” while “interestingly” being Fifa Executive Committee (ExCo) members. FBI investigations encompassed South Africa and Germany and featured “a company paying bribes in South America” which “is doing business with Uefa.” Infantino, he concluded, should “open an eye to…stop these companies doing business in the rest of the world.”

Next came four students with questions for Blatter which arose from their discussions. How could it be “agreed” to send World Cups to Russia and America before the votes were held? Why had Fifa forced host countries to “amend laws to meet the requirements of sponsors” which “changed labour laws at the expense of workers?” Why was Fifa involved in recent German Football Union (DFB) financial scandals? And if ExCo members accepted bribes in their regions, must we “assume they were doing the same in Fifa?”

Sadly, Blatter had used none of his recently-acquired spare time to update his “usual” (non-) answers. He began with an (unintentional) gag. Pieth and Ocampo were “two big personalities fighting corruption” but “we are three…I am fighting corruption as well.” It got a laugh. Then two separate protests started. “Shame on you,” Blatter spat as they were carted away, registering further disapproval with a grimace and some particularly harsh German. There may be legal repercussions from his explanation of the “movement to say it would be good if the World Cup 2018 could go to Russia.” It was “not a decision,” he protested (too much, methinks). It was because “never was the World Cup in the eastern part of Europe.”

Were Western European bidders told this? The Netherlands, Belgium and England sought legal advice on claiming compensation from Fifa after Blatter’s original revelations last October. Blatter’s “juicy details” (as Pieth called them) in Basel cannot have harmed such claims. The United States were due the 2022 tournament because “in the rotation of the World Cup (it) should have gone to CONCACAF,” the Central and North American and Caribbean region. Again, no-one appeared to have told all the other bidders, who were Asian. “World Cups are not decided by people in Fifa,” Blatter revealed, “but mostly on the recommendation, not using the word pressure, of the different governments.” And after “lunch in the Elysees Palais…all of a sudden the World Cup went to Qatar.” “But there was no decision,” Blatter handily re-remembered. “There was a consensus but no decision written down, nothing.” Naturally.

Qatari former Fifa vice-president Mohammed Bin Hammam was banned from football for life for his “role” in “winning” this World Cup. His thoughts on Blatter’s Basel comments would be…interesting. Thereafter Blatter produced more textbook issue-avoidance. The “big responsibility for death” of Qatari construction workers was “the reconstruction of the country, not the construction of the stadia.” That’s OK then. And “we can only hope that (Qatar’s human rights record) will be improved.” Untrue. Fifa were empowered to make these improvements, but chose not to. And the questioner was audibly unimpressed. “The human rights violations were, as you put it, a shame,” she retorted snarkily. “But they didn’t surface yesterday, so why wasn’t action taken when the allegations started?”

Blatter’s “answer” included the gem: “My grandmother told me…when you are in church there is always ding and dong, so you always listen to who says ding and who says dong on the other side.” Someone should have explained the concept of church bells to Granny Blatter. But if there was an answer to the actual question amid her “wisdom,” I missed it. The DFB was dismissed with more grimaces and harsh German. And the scandal of a 6.7m euros payment, which involved German football legend Franz Beckenbauer among others, joined the ever-longer list of things about which Blatter was unaware. “You never have to pay something to Fifa to obtain the World Cup,” he doubtless reassured everyone. Which begged the original question. Why was Fifa involved?

The final question let Blatter reprise his “I have no power over confederations” shtick. “For your information,” he said, as if exposing new scandals, “all those people arrested are Americans,” although the fact that this was largely because the FBI could only investigate transactions on American soil remained unmentioned. “You’ve made a really valiant effort to answer those questions,” Pieth said, unconvincingly. Blatter’s attempts to answer audience questions were less valiant. He was lectured by one of the university’s “Marxist Society” (Karl or Groucho, it was hard to tell), who began well: “Money-laundering, corruption, bribery…Blatter’s time in office has been riddled by scandals which have not been resolved to this day. But his involvement is no secret and his successor Gianni Infantino is just as corrupt.”

Sadly, this contribution contained multi-references to “the bourgeois state” but no actual question, with nearby students smirking as Blatter was named “king of this mass of exploitation, extortion and corruption” and the Marxist yelled about the university’s co-operation “with CRIMINALS.” By contrast, some questioners could not have more resembled plants if they’d sat in a flower pot with a dandelion for a hat. But when pertinent questions arrived, Blatter became a rambling pensioner (think Rupert Murdoch’s “act” at a 2011 UK parliamentary select committee hearing…and add twenty years).

One questioner could not understand how Blatter’s nephew Philippe continued to win Fifa marketing business: “Good corporate governance should forbid such a thing.” A university “associated ethicist” said “the leader of such an organisation with money and influence cannot say ‘I don’t have responsibility.’ You do.” And another questioner highlighted “the contradiction between Fifa statutes and reality.” How was it possible,” she asked, “in terms of homophobia, that World Cups can go to Russia and Qatar, when Fifa statutes have an anti-discrimination clause? We heard what you said about racism. Is there a hierarchy of discrimination?” “You will see from our statutes that we are not a political organisation,” Blatter responded dismally, before rambling about football being “a good tool to bring people together and this handshake for peace which I initiated.”

“Even women’s football is played everywhere in the world,” he proclaimed. Yes, even women’s football. “The next women’s football under-17s championship will be played in Jordan and it will be without any problem,” he added. “And…in Azerbaijan where we had women from another culture, everybody was playing without a veil and they played normally.” About homophobia and nepotism, Blatter said…nothing…whatsoever. “I do not regret what I have done. I regret that I have not done enough to bring back Fifa on the right track,” Blatter concluded, to the relief of headline-seeking journalists, who suddenly had headline choices when Ocampo “pulled the threads together,” as Pieth called it, unknowingly.

Ocampo said: “The FBI investigations are not about Mr. Blatter himself. All the cases are about bribes taken by people in CONCACAF and CONMEBOL and allegations on South Africa, nothing on him. We have to think in more systemic terms, not just about what Mr. Blatter did.” Thankfully, Ocampo ignored his own advice. “The real problem with Mr. Blatter’s presidency was that he had nothing to do with CONCACAF or CONMEBOL. But he knew. He had nothing to do with…his Secretary-General…selling tickets. But probably he knew. So the problem is his silence. “He was managing Fifa. So…why was he silent? I believe he knew because if he did not know what was happening in Fifa, he was a bad manager. But he’s smart. So probably he decided to be silent. As a manager, was it better if he denounced (corruption) and put a limit on it? That is what Mr. Infantino should do. Silence is not helping to control corruption.”

Blatter joined the warm ovation for Ocampo as if he hadn’t grasped what the Argentine said. But he was typically ungracious afterwards, when the penny finally dropped. He thought it “not acceptable” and was “very surprised at Mr. Ocampo, invited here for this seminar and then to make such an accusation,” adding that Ocampo was maybe “disappointed because he was the first candidate to be chair of the ethics committee,” a sour reference to Ocampo being denied said role by fellow-countryman, FIFA senior vice-president and Blatter lackey Julio Grondona in 2012.

Well, maybe Ocampo was inspired by lingering bitterness, Blatter would surely recognize an emotion he so often expresses. Or maybe…MAYBE Ocampo was spot-on about the dishonest, disgraced, delusional, vindictive, self-important weasel. Blatter has a book out, which may explain his Basel sojourn. But Ocampo’s calm dismantling of his pleas of innocence may be as unhelpful to book sales as it was very welcome. And if Ocampo encourages others to do likewise, we could have more “pure theatre” to look forward to…very much. 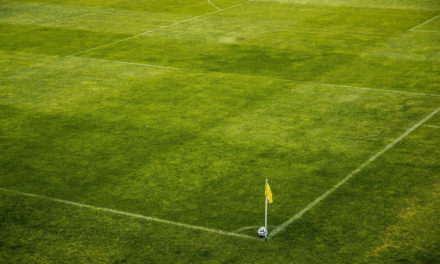 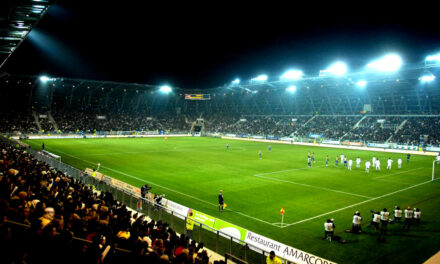