So, farewell then, Sulaiman Al-Fahim. It ought to be more difficult than this to hold in contempt someone I have never met, but right to the very end of his significant involvement in Portsmouth Football Club, the good non-doctor was contemptible. Such was the sheer brass-neckery of the man that he wouldn’t even trust his most trusted journalistic lackey, Anil Bhoyrul, the convicted insider-trader, to write his valedictory address in Arabian Business. Al-Fahim had to pretend to be a journalist alongside all the other pretences he’s offered us in recent months. Perhaps even Bhoyrul couldn’t stomach the claims Al-Fahim would have wanted him to make. From the insensitively chirpy opening, “So it has been a busy summer!” right through to the final insincerity-packed “Play up Pompey”, Al-Fahim’s revisionist view of Portsmouth’s recent history would have had the most unreconstructed Stalinist thinking, “Oooh, that’s stretching it a bit.”

Any self-respecting failure would have claimed to have acted in what they thought were “the best interests of the club” and left it at that, but Al-Fahim portrays himself as noble, a financial visionary and, believe it, the club’s saviour. “Had I not sought to takeover the club and made the £5m investment I already have, Portsmouth FC would now be in administration,” he tells us, after it had become clear to him “last week” (my emphasis) that Portsmouth might be in a spot of bother. It wouldn’t be fair to say that Al-Fahim’s revisionism included downright dishonesties.However, more than a fair share of statements were not necessarily adjacent in meaning to previous statements he has made on the same subjects, shall we say.

Remember “Falcon Equity”, the “leading private equity and asset management firm… with offices and teams in Dubai, Zurich and Buenos Aires” who “raised the money…through a network of Asian and Middle Eastern investors”? Well, it must have been an entirely different Sulaiman Al-Fahim who said all that in Arabian Business on May 28th because he “intended to finance the purchase and on-going investment myself” from the moment he “became interested in taking over the club”. And it was always “my intention,” he added, “to fully finance the purchase by mid-October.” Yes, he really wrote that. It’s quoted in context. Check the web-site if you don’t believe me. And he said much the same to Portsmouth fans the other week.

So the decimation of Portsmouth’s playing squad and pushing the banks to breaking point was part of this masterplan? Apparently so. However, as soon as he realised that “there was a danger that (mid-October) might be too late” (which “became clear” to him “last week”, remember), he “decided to relinquish” 90% of the club. Fortunately, “I insisted that any purchase price for my shareholding should be in the form of immediate and new investment in the club.” As opposed to what, again isn’t implicit in what he writes. But his nobility comes shining through. “I have not made any financial gain from this,” he noted, clearly expecting this to be recognised as an honourable gesture. After all, “To say I sold my 90% shares for £1 would actually be an exaggeration. It was for zero.” Did he really think that making even £1 profit out of all-but-destroying the club would have been acceptable? It seems he did.

He also betrayed his American education, with this irony-free statement: “Ironically, from what was a precarious position just hours ago, the club has a solid and bright future.” And if you’re looking for anything else to have happened in those hours other than Al-Fahim steeping down as owner, you are looking in vain. “It has been a roller-coaster ride” he said, clean forgetting that roller-coasters go up as well as down. Finally, he took the opportunity to thank “everyone at the club – both the fans and the boardroom – for their continued support”. A nice touch, if another masterclass in delusional fantasy.

So it is that this delusional fantasist has seemingly appointed himself as Portsmouth’s “global ambassador” – presumably without the ‘UN’ prefix he falsely used to promote IMMSAM, the algae PR company everyone’s talking about. It would be unfair to give all the credit to Al-Fahim, though. He wasn’t working alone. Arabian Business consistently prints comments on his articles from Portsmouth locals, whose use of language doesn’t exactly ring with a Hampshire burr. Wayne Denton, who is either fantasy or fantasist, believes “Dr Al-Fahim acted wisely and honourably” in selling up, and while Bhoyrul was denied his final by-line, he deserves more credit for past story-telling than perhaps he’s been given.

It emerged from his meeting with fans that a 48-page document outlining Fahim’s plans for Portsmouth’s future was currently being prepared and will be published as soon as possible. This may not now see the light of day. So, luckily, there’s a previous 48-page document which revealed what Fahim would have got up to if he hadn’t been so busy single-handedly saving Portsmouth from oblivion. As Bhoyrul told Neil Allen of the Portsmouth News on July 16th, he’d seen “at first hand, a 48-page document entitled Portsmouth – The New Era. I have seen the documentation and it is very exciting”, Bhoyrul confirmed.

“Anyone who has who has read the documentation I have read will be really pleased,” he continued. It was this documentation which led him to his now infamous comment: “I would rather be a Portsmouth fan than Arsenal at this stage. Arsenal have not got any plans” – bar a £35m profit last year, of course – “Portsmouth are going places”. Amongst the other gems also in the documentation were plans for the new training ground and the “Horsea Island project”. The latter, it would be safe to assume, would make particularly interesting reading for Pompey fans. Bhoyrul did get one thing right, though, when he said of his master that, “People will be surprised. He is someone who is very honest”. Surprise would be an understatement.

Thankfully Portsmouth can now move on. Paul Hart fans have rightly said that with any sort of decent fortune, Portsmouth would have had points on the board long before they beat Wolves. And they can now rightly say that Portsmouth have one more point than Spurs did at the same stage last season, and off the field, I’m sure they’ve learnt their lesson regarding “wealthy” Arabian businessman with spectacular-sounding business backgrounds which flake under proper journalistic scrutiny, and whose last names can be abbreviated to “ALF” for the purposes of note-taking. As long as they manage to avoid all that again, they’ll be fine. 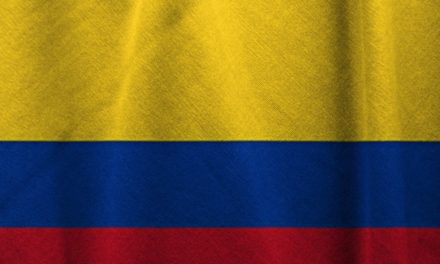