The FA Cup Fourth Round: Awake, At Last

We have been damned by mediocrity in the FA Cup in recent times, but yesterday afternoon the Fourth Round of the competition truly sparkled. At the summmit of the list of achievements sits Lincoln City’s three-one win over Championship pacesetters Brighton & Hove Albion. They joined Colchester United, Yeovil Town, Blyth Spartans, Telford United, Kidderminster Harriers, Crawley Town and Luton Town as a non-league team to have reached the Fifth Round of the FA Cup since 1945. Furthermore, they thoroughly merited their victory against an admittedly under-strength Brighton team, coming back from a goal behind to win with room to spare. With the team sitting four points clear at the top of the National League, Lincoln’s coalescence as a team has been something of a surprise. They finished last season in an underwhelming thirteenth place in the National League. This time around, though, they are playing like a completely different team.

If Brighton & Hove Albion may not be overly bothered by having no further involvement in the FA Cup this season, then the same presumably goes for Newcastle United, who were comfortably beaten by Oxford United, of League One, by three goals to nil. This was a match that swung on one particular axis. Oxford United took the lead in the first minute of the second half, but were still hanging on when Phil Edwards dragged Aleksandr Mitrovic to the ground to give Newcastle a penalty kick. However, his shot was brilliantly saved by the Oxford goalkeeper Simon Eastwood, and Oxford closed the game out with two late goals from Curtis Nelson and Toni Martinez. And for all the shrugging of the shoulders at such a defeat, there will be a point at which this stings for both Brighton and Newcastle supporters. They’ll presumably consider it to have been worthwhile should they ascend to the Premier League come the end of the season.

One club for whom an early elimination from the FA Cup had a slightly more mournful feel was Liverpool. Juergen Klopp has only won one match from eight this month and, although the fact that we’re referring to eight matches being played in one month tells a story of its own, the pressure upon him is starting to rise slightly. The writing was on the wall within a minute of kick-off at Anfield yesterday lunchtime against Wolverhampton Wanderers, when Richard Stearman headed, completely unmarked into the Liverpool goal. A second, shortly before half-time, followed when Andreas Weimann rounded the Liverpool goalkeeper Loris “Who, he?” Karius, and a late consolation from Divock Origi for Liverpool never really felt like a stepping stone to anything greater. Eliminated from two cup competitions in one week doesn’t feel like good week for Juergen Klopp. These were trophies that may have offered him a fig leaf if the rumblings of discontent – which remain quiet for now – start to swell.

At White Hart Lane, meanwhile, Tottenham Hotspur were wearing their “dream-smasher” hats for their match against Wycombe Wanderers. They were profligate enough to hand Wycombe a two goal lead at half-time, thanks to goals from Paul Hayes, and even when Spurs dragged their way back into the match an injury to Kieran Trippier after Mauricio Pochettino had used up all three of his substitutes mean that they had to play the closing stages of the match with ten men. This, of course, allowed Wycombe to snatch the lead again when Garry Thompson headed wide of Michel Vorm, before Delle Alli pulled Spurs level again and Son Heung-min finally won it with seven minutes of stoppage-time played. Pochettino was lavish in his praise of the Wycombe players after the match, dewscribing them as “heroes”. He could afford to be, having seen his team scramble into the Fifth Round of the FA Cup, but there’s no question that Spurs rode their luck a little against an outstanding Wycombe performance.

The remainder of the cream rose to the top, with Chelsea, Manchester City and Arsenal scoring twelve goals between them against Brentford, Crystal Palace and Southampton, respectively. The stand-out performance of these three was Arsenal, for whom Theo Walcott scored a hat-trick as Arsene Wenger’s team strolled past a Southampton team which won at Anfield to book a place in the League Cup final against Manchester United during the week. These three clubs are the three to avoid in the next round draw, which is to be made on Monday. Burnley and Middlesbrough also managed ease their way through to the next round, though the latter were made to work rather hard by Accrington Stanley, eventually snatching a win with a solitary Stewart Downing goal, scored a little over twenty minutes from the end of the match.

Lancashire played host to yesterday’s two other matches. At Spotland, Rochdale were well beaten by the still-impressive Huddersfield Town, but the headlines in that part of the world were really made by the supporters of Blackburn Rovers and Blackpool, who largely boycotted a match that would otherwise have been quite a local derby match. In the end, 9,000 people turned out to see the match, but the protesting supporters made their point from outside Ewood Park by throwing tennis balls over the stand and onto the pitch and, in comparison with this, the fact that Blackburn won the match by two goals to nil feels like something of an afterthought. At both clubs, the protests against the owners will undoubtedly continue.

You can support independent football writing on Twohundredpercent by supporting us on Patreon. 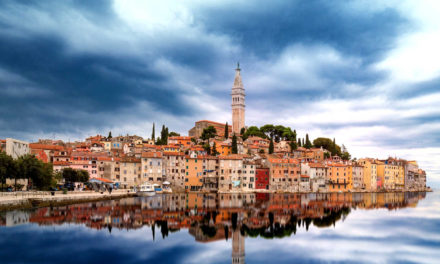