Blackburn May Prove A Tipping Point For Arsene Wenger

It was on the seventeenth of January 1996 that this last happened. Having been held at Highbury by Sheffield United, Bruce Rioch’s Arsenal team travelled north to Brammall Lane for a replay in Third Round of the FA Cup but were beaten by a goal mid-way through the second half, scored for the Division One club by Carl Veart. At the end of a season which saw Arsenal beaten over two legs in the semi-finals of the League Cup by Aston Villa and finishing in fifth place in the Premier League – a considerable improvement on the team’s twelfth-placed finish the season before under George Graham and the hapless Stuart Houston – Arsenal embarked upon a summer of discontent which culminated in Rioch leaving the club five days before the start of the new season after a dispute with the club’s vice-chairman David Dein (and, by proxy, its then-majority shareholder Danny Fiszman) over transfer funds.

Rioch is now little more than a footnote in the history of this club, remembered for being little more than the man who brought Dennis Bergkamp to the club. His successor warrants a chapter of his own, but at The Emirates Stadium yesterday afternoon it started to feel as if a tipping point may have been reached in the increasingly fractured relationship between Arsene Wenger and the supporters of Arsenal Football Club. Already knocked out of one domestic competition by lower division opposition in the form of Bradford City in the League Cup quarter-finals, Wenger’s team were beaten at home by another yesterday in the form of Blackburn Rovers, ending what, for many Arsenal supporters, had been starting to feel like the most realistic chance of ending a trophy drought which will now run to eight years if the club cannot upset all expectations and win the UEFA Champions League at the end of this season.

Everything about the team’s performance yesterday reeked of the last days of Rome. There had been dark rumours of a breakdown in the relationship between Wenger and his assistant manager Steve Bould which had, in spite of attempts to keep the matter quiet had somehow been leaked into the public sphere, and the jeering from the sidelines started early. If Arsenal had been toothless in attack – and, it should be added, frustrated by an outstandingly defiant performance by the Blackburn goalkeeper Jake Kean – they might at least have been hoped to be defensively stubborn against Championship opposition, but with eighteen minutes of the match left to play another familiar Arsenal trope of recent years reared its head again when Wojciech Szczesny tamely beat Martin Olsson’s shot straight into the path of Colin Kazim-Richards, whose rebound bounced up off the Emirates turf and looped over and into the goal off the far post for the only goal of the match.

At the full-time whistle, the boos that filled the Emirates Stadium came close to completely drowning out the delerious celebrations of the Blackburn Rovers supporters. Under the managership of Michael Appleton, Blackburn finally seem to be heading in the right direction again, although his performance in such a challenging position doesn’t in itself mitigate the performance of the Venky’s group since taking ownership of the club. Appleton has at least instilled a little backbone into the Blackburn Rovers team, as has been demonstrated by their rise to eighth place in the Championship table under his stewardship, and there can be little doubt that they thoroughly deserved their win. If Venky’s are congratulating themselves on an astute managerial selection, this morning, it might be suggested in response that even a stopped clock tells the right time twice a day. Following Steve Kean and Henning Berg, as well as caretakers Eric Black and Gary Bowyer, Appleton is the club’s fifth manager of the season.

None of this, however, mitigates the pickle in which Arsene Wenger finds himself this morning. There will always be supporters of the biggest clubs that talk about the FA Cup in terms of the utmost contempt – as if winning “this sort of” trophy is somehow beneath them – but the numbers of those doing that amongst the Arsenal support is diminishing. That’s what eight years without a trophy can do to a club’s support. Some will continue to put their eggs in the basket of the Champions League, but the chances of Arsenal upsetting a Bayern Munich team which has won ten and drawn three of its last thirteen matches in the Bundesliga since its last defeat at the end of October seem slim, to say the least. This in itself says something quite profound about Arsenal’s decline. There was a time, not so long ago, when Arsenal Football Club would have considered itself a serious challenger to become the Champions of Europe, but those thoughts have receded. Many of the club’s own supporters are already writing off their chances of winning that trophy this season, whilst Arsene Wenger will spend the rest of this season hoping that an implosion just up the road at Tottenham Hotspur will allow them a backdoor route back into that particular competition for next season.

If yesterday was a tipping point for Arsenal supporters, then it may well have become a tipping point for the club and its manager as well. When Arsenal moved from Highbury to The Emirates Stadium in 2004, an unwritten promise was made. Arsenal would now be able to fit in twenty-four thousand more people for each home match, but ticket prices would not be reduced. The club would run itself with frugality, but increased revenues would allow the success of the first years of Wenger’s time at the club to continue. Arsenal Football Club, however, has not won a major trophy since leaving Highbury, and this state of affairs has not been in splendid isolation. The team has been eclipsed in the Premier League, first by Chelsea, then by Manchester City, and now – and likely most hurtfully of all – it is starting to happen with Tottenham Hotspur as well. This slip from the top table has been so gradual as to be almost imperceptible from any sort of distance, but there comes a point at which the decline becomes impossible not to notice. Perhaps losing to League Two opposition in the League Cup, however, caused the scales to fall from many eyes. Losing to Championship opposition in the FA Cup will have caused them to drop from many more.

Perhaps the point is that there are no excuses for Arsenal, that there are no excuses for the club’s owners and that this means that there are consequently no excuses for Arsene Wenger. According to the recently published Deloittes Money League, Arsenal Football Club is the sixth wealthiest in the world. With crowds of over 60,000 people paying ticket prices that are infamously high, there is little mitigation for any lack of success, never mind one which leaves the club going for eight seasons without a major trophy. The early successes of Arsene Wenger at the club meant that he has been afforded the maximum amount of patience by supporters of the club – it can hardly be said that, after such a period of time, those now calling for his head are suffering from a knee-jerk reaction of any sort – but how far any dissatisfaction will get them is another matter altogether.

The calls for the current ownership to stand to one side to allow for the arrival of (the money of) Alisher Usmanov will undoubtedly get louder, but the current owners have no need to stand aside unless they want to and, although Stan Kroenke hasn’t been seen at The Emirates Stadium for some considerable time, there have been no indications that he is planning to relinquish this particular cash cow just yet. As such, it is impossible to say if or how Arsenal Football Club is going to pull itself from the fug in which it currently finds itself. A win against Bayern Munich this week would go some way towards healing the wounds caused by yesterday’s loss, but the fact that so few Arsenal supporters expect this to happen tells its own story with regard to the club’s season so far. After sixteen and a half years, half of which have now seen the club trophyless, it is starting to feel as if Arsene Wenger’s time at Arsenal should be starting to head towards its end days. The club could be heading for a summer of discontent similar to that of 1996, which did for Bruce Rioch after just a single season, if changes aren’t made soon. 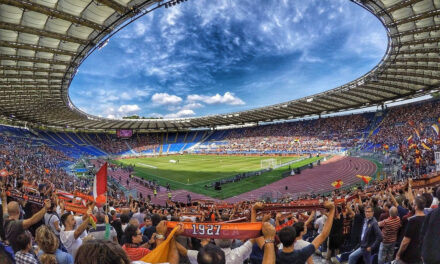 A Right Of Reply For Supporters Direct