It has been another busy week for Croydon Athletic of the Ryman League Premier Division. This is a club which has had, in all the wrong ways, a quite extraordinary season and their supporters could be forgiven for wondering whether fate is conspiring against their club. Following their promotion from Division One South of the league at the end of last season, it has felt as if everything that could go wrong for them has gone wrong and, after the events of the last few days, the future of the club could again be considered to be hanging in the balance after the collapse of the company that stepped in as recently as December to save them.

Fodboldselskabet A/S had already attracted our interest as the company that stood between City Fans United and their vision of the rebirth of Chester FC. The Danish supporters group purchased a 51% share in Croydon Athletic four months ago, made the right noises, and it seemed for a while as if the position of the club might actually have finally stabilised. Earlier this week, however, Fodboldselskabet A/S filed for bankruptcy in Denmark. Their website forum was closed by Palle Rasmussen for what was described as “essential maintenance” from earlier this week, but it doesn’t appear that any announcement was made to the supporters of the club until the end of this week. When push came to shove, it seems that this leopard, which insisted that it had learnt from the considerable amount of bad publicity that it received from sticking its oar in at Chester, was unable to change its spots. Ironically, a group of fifty supporters from Denmark had, just two weeks ago, travelled to Croydon for their league match against Harrow Borough, only for it to be called off on account of a waterlogged pitch. They, it seems, were as unaware of the palous state of Fodboldselskabet as anyone else.

It is worth asking the question of why Croydon Athletic’s long-suffering supporters were the last to find out about the crippling financial difficulties that Fodboldselskabet. This was, after all, a company that was hardly shy of publicity. They spoke to The Ball Is Round at the end of January, and was is notable about their interview is the extent to which they failed to deliver on what they were promising. “The fans can expect commitment, professionalism and honesty”, communications manager Morten Madsen told TBIR, before adding that, “our first priority is to ensure a sound economical plan”. Of course, we cannot judge exactly whether the club is yet on a secure financial footing, but it seems unlikely that, if they were making substantial losses prior to the arrival of Fodboldselskabet, four months would have been long enough to make serious inroads into the club’s long-term liabilities.

The collapse of Fodboldselskabet wasn’t the only news story this week tangenitally linked to Croydon Athletic. Mazhar Majeed, who still owns a forty-nine per cent stake in the club, was at Westminster Magistrates Court over his links with an alleged cricket match-fixing scam. Majeed was ordered to surrender his passport and not to apply for international travel documents ahead of the trial, which is due to continue at Southwark Crown Court in two months. In the meantime, Majeed’s assets remain frozen and this is the immediate crisis for Croydon Athletic. The obvious question that needs to be answered at this point is how the bills are going to be covered and how the players are going to be paid until the end of the season, at which point a little breathing space may actually allow the club to pull together again.

Losing players due to not being paid would surely seal the club’s relegation at the end of this season, but the matter of whether Croydon Athletic are playing in the Premier Division or Division One South of the Ryman League next season is surely the least important aspect of the matter of the survival of this club. The fifty-one per cent shareholding that the group held in the club now reverts to Majeed, though Fodboldselskabet members may wonder what happened to the money that they put into it. Was their money being poured into the club? It doesn’t seem so – there has been no raft of big money signings since the end of last year, though it does seem that the players were being paid again – and this, of course, raises serious questions about how Fodboldselskabet was being managed.

The club’s Chief Executive, Chris Roots, has taken the chairmanship of Croydon Athletic and he states that, “the club is financially secure and our debts are the lowest that they have been for a number of years”. Perhaps, however, now is the time to start asking the question of whether Croydon Athletic should be looking to people or organisations to act as sugar daddies to meet their day to day needs. Non-league football’s finances are usually of the hand to mouth variety, and the club may yet come to regard this withdrawal as a blessing in disguise in the fullness of time. Sooner now while the club’s debts are low, they may ruminate, than in a couple of years’ time and the club’s financial position is unsalvageable. For now, though, Croydon Athletic’s supporters may well want to put this to the back of their minds and concentrate on the battle to stay in the Ryman League Premier Division for next season. 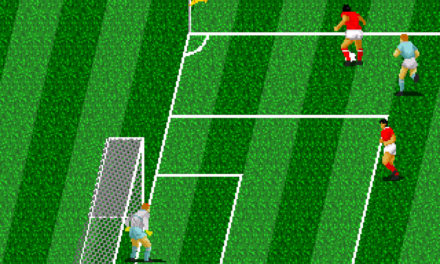