On the twelfth of June 1980, England played Belgium in the finals of the European Championships – their first match in the finals of a major tournament for ten years. It turned out to be a match that acted as a barometer for the state of the game in England in several different respects, and none of them were particularly positive.

On the pitch, Ron Greenwood’s team laboured to a 1-1 draw against a moderate Belgium side, but it was events away from the pitch that grabbed most of the headlines the following day, as serious crowd disturbances disrupted the match with the Italian police firing tear gas into the crowd behind one goal, leading to play being held up for five minutes during the first half.

How, though, had things come to this? Trouble amongst spectators is almost as old as the game itself, with reports of disorder – including referees being attacked at matches – from as long ago as the nineteenth century. Such incidents were relatively low-key, however, and the post-war attendance boom in England didn’t lead to significantly higher levels of disorder. As well as this, it is worth bearing in mind that outbreaks of hooliganism are – and always have been – far from unique to England or Britain. What was different about England – or, in some respects, Britain – was that they exported their brand of hooliganism for the rest of the continent to see, and European club football offered a lot of opportunity for this during the 1970s.

The origins of the modern brand of football hooliganism are easy enough to spot, through the emerging tribalism of British youth culture during the 1950s and early 1960s. Groups such as Teddy Boys during the 1950s didn’t seem, on the whole, too closely involved with football, but the riots of 1956 upon the release of the film Blackboard Jungle in Elephant & Castle in South London (which spread elsewhere after sensationalist media reporting) and their involvement in the Notting Hill Race Riots of 1958 set something of a template for scenes at football stadiums, railway stations and elsewhere from the 1970s on. Similarly, the riots between mods and rockers (who were effectively those that had never quite given up the Teddy Boy code) at British seaside resorts in 1964, where hysterical media coverage of fighting over the Easter weekend led to further problems later in the year, also demonstrated that a predilection for tribalism and violence amongst British youth that was at odds with the sharply stratified culture of social mores that the British establishment was used to at the time.

Throughout the mid-to-late 1960s, reports of incidents between rival groups of supporters became increasingly commonplace, with perhaps the most infamous of all coming at a match between Brentford and Millwall in November 1965, when – what turned out to be – a dummy grenade was thrown at the Brentford goalkeeper Chic Brodie. The government commissioned several reports into this increase in violence, but their findings – links between violence and alcohol consumption, the need to segregate supporters at matches – were frequently overlooked or misjudged by the police as well as clubs themselves. According to the 1966 Chester Report, for example, the incidence of British football violence was found to have doubled in the first five years of the 1960s in comparison with the previous twenty-five years and stated that the then-current system of voluntary licensing of sports grounds was inadequate, while a further report written by Sir John Lang in 1969 suggested that more seating may lower violence levels but contradicted Chester on the issue of licensing. The laws were not changed.

The signs, then, were there that a dark undercurrent was building within the game in this country, but throughout the early 1970s the warnings were, broadly speaking ignored. When a safety rail collapsed outside Ibrox Park in Glasgow in January 1971, the result – The Safety Of Sports Grounds Act – took a glacial four years to be commissioned, published and acted upon. Rangers were also involved in one of the first serious incidents of British hooliganism abroad, when their supporters invaded the pitch at the end of the 1972 European Cup Winners Cup Final against Dynamo Moscow in Barcelona. Rangers were subsequently banned from European football for two years, although this was later reduced to one upon appeal. It may also be considered that this was the first time that a full-scale British riot was seen live across the whole of Europe. There were, of course, other problems elsewhere, not least of which was that groups of supporters intent on causing trouble were getting organised into groups, but the authorities’ reaction betrayed their lack of understanding of what was developing. Segregation fences started to appear during the early part of the decade. It was the beginning of a policy of containment, and it didn’t work.

If Britain – and in particular England – from the mid-1960s on can be best described as a country ill at ease with itself in the post-colonial world, then 1974 was a year of denouement in many senses. In a broad political sense, it was a year of two general elections, with Labour shading the first one in March of that year – albeit some way short of a majority – before winning a second one later in the year. Edward Heath’s Conservatives had taken the country into the EEC at the start of the previous year, although suspicion levels about it were high even then, and the economy teetered on the brink of stagnation as the Middle East oil crisis pushed up prices and caused fuel shortages.

So it was in politics, so it was in football. England were missing from the 1974 World Cup finals, knocked out at Wembley by Poland, and the end of the 1973/74 season saw further incidents of hooliganism. In March, Newcastle United supporters invaded the pitch at St James Park during their FA Cup quarter-final match against Nottingham Forest with Forest leading by three goals to one. Two Forest players were injured during the invasion, and Newcastle came back after the referee restarted the match to win by four goals to three. On the last day of the season, Manchester United’s relegation from the First Division after thirty-six years was also punctuated by crowd trouble – the referee called time early but the result was allowed to stand – whilst Tottenham Hotspur supporters rioting in Rotterdam as their side lost the 1974 UEFA Cup final to Feyenoord were said to be a major contributing factor in the subsequent retirement of their legendary manager, Bill Nicholson.

This year also marked a change in the reporting of hooliganism and disorder, with press coverage of the problem becoming shriller and more hysterical. The Daily Mirror, for example, was heavily censured by many for publishing league tables of hooligan notoriety, which led to accusations that the paper was encouraging football violence by giving publicity to hooligans. The following season started no better, with a seventeen year-old Blackpool supporter, Kevin Olsson, being stabbed to death on the Spion Kop at Bloomfield Road during Blackpool’s home match with Bolton Wanderers, and the 1974/75 season ended with Leeds United supporters causing considerable damage in Paris, before, during and after their side’s defeat against Bayern Munich in the European Cup Winners Cup final and were banned from playing in Europe for four years, a sentence which was later reduced to two years. Manchester United were also expelled from the European Cup Winners Cup in 1977 after crowd trouble in Saint-Etienne, although they were reinstated to the competition but made to play the return leg of that tie more than two hundred miles from Old Trafford, which led to European club football being played for the first and – so far – only time at Plymouth Argyle’s Home Park.

By the late 1970s, this torpor had well and truly spread to the national team. By the time that Don Revie – Alf Ramsey’s successor – quit to become to become the best paid manager in the world with the United Arab Emirates in 1977, England were fighting an uphill battle to stay in the World Cup. They were beaten in Rome by Italy, a result which eventually came back to haunt them as they were eliminated on goal difference despite winning the return match at Wembley. Significant in this goal difference failure was a meagre 2-0 in Luxembourg, a match most notable – again – for serious trouble both in the ground and outside of it. England’s new manager, the avuncular Ron Greenwood, did, however, manage to take his team through to the finals of the 1980 European Championships – newly expanded to eight teams by UEFA – with seven wins from eight group matches.

Within a little over twenty-four hours of the 1980 European Championships starting in Italy, UEFA may have been wondering about the wisdom of expanding the tournament. Crowds for the opening three matches had been dismal, with only 40,000 people turning out for them combined, the quality of football had been terrible, and England’s debut in the tournament been accompanied by scenes that no-one else in Europe would have wanted to see. With only one team from each group qualifying from the groups to go straight through to the final, England were eliminated by a Marco Tardelli goal for Italy in Turin and, whilst the team itself salvaged a little pride with an otherwise meaningless win against Spain in their final match in Naples. West Germay would go on to win the trophy in the final against Belgium, but the lasting legacy of the 1980 European Championships would be the tear gas fired into the crowd behind the goal as play was held up in order to allow the gas to clear.

Football hooliganism is still with is, but things would get considerably worse throughout the 1980s – the extent to which lessons didn’t seem to have been learned was shown in the saddest of ways with the deaths at the Heysel Stadium in Brussels at the 1985 European Cup final – before they even started to get any better. The policy of containment continued until the horror of Hillsborough but, although government plans to issue all football supporters with ID card foundered after this, the bastard offspring of this sort of containment policy still exists to this day in the form of such policing tactics as “bubble matches” and kettling. There may just have been a sigh of relief from the other side of the English channel when England failed to qualify for the next European Championships at the hands of Denmark (there were further disturbances at England matches in Bilbao and Madrid at the 1982 World Cup finals), and the next tournament would go on to be all the healthier for their absence. After an absence of ten years, the English returned to the international scene in 1980, but the manner of their return was something that very few in the game could have ever hoped for. 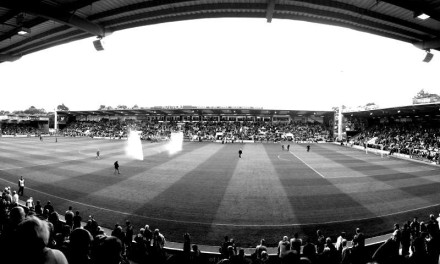 The Cherries On The Cake 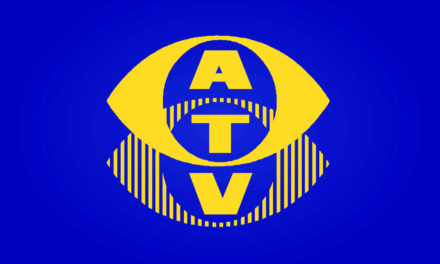 Televised Football In The Regions: The Midlands – In Colour