There are plenty of people, not least within the governing bodies of football itself, who would have it that football and politics don’t mix. This is, of course, bunkum, whether we like it or not. The game holds such influence over so many people that it sometimes seems impossible for politicians not to be able to link the two, from the relatively harmless, “You only win the World Cup under Labour” slogans of Harold Wilson’s British government of the late 1960s to the altogether more sinister machinations of the state organisations and their leaders that ran clubs in Eastern Europe during the Cold War.

That the expansion of pan-European football should have come in the years following the second world war shouldn’t be surprising. One lasting legacy of the war was huge progress in the area of aeronautics, which led to the rapid popularisation of commercial air travel in the post-war years. European tours by some of the biggest club sides on the continent – in particular those from behind the newly-formed Iron Curtain, such as Honved of Hungary and Dynamo Moscow – became commonplace and led to the formation of UEFA in 1954. The first European Cup winners would be crowned two years later.

What, though, of international football? By the mid-1950s it was more than apparent that the future of the international game would involve further expansion and, with the World Cup being held every four years, there was room for further expansion in the calendar. Fortunately for UEFA, a man on the inside of their organisation already had a vision. French administrator Henri Delaunay had sat on the board of FIFA during the 1920s and, while he was in his dotage when appointed UEFA’s general secretary upon its formation, had been agitating for a European international tournament to rival South America’s Copa America (which had begun as long ago as 1916) since 1927. With the formation of the European Nations Cup – later to become the European Championships – his dream would eventually become reality.

The future of Europe during the 1950s, however, was being determined by two quite opposing political scenarios playing out. On the one hand, relations between Eastern and Western Europe deteriorated throughout the decade – leading to the eventual construction of the Berlin Wall in 1961 – but, on the other, the countries of Western Europe took their first tentative steps towards closer union with the signing of the Treaty of Rome in 1957. This broader political tension would come to manifest itself in the first hosting of the continent’s new international tournament, but Henri Delaunay would not live to see it. Delaunay died in November 1955, and was succeeded at UEFA by his son, Pierre. His legacy would be marked by the trophy for which the competing teams would – an still do – play being named for him.

There were notable absentees from the first competition, of which only the semi-finals and final would make up the final tournament itself. England, Northern Ireland, Scotland and Wales were, perhaps predictably, absent, having not opted to enter on account of the possibility of the tournament interfering with the Home Internationals, but Italy and West Germany were also absent as well. The first ever European Nations Cup match would be a match straight from the Cold War, played between the Soviet Union and Hungary in Moscow on the twenty-eighth of September 1958. A crowd of just over 100,000 people at the Central Lenin Stadium – now the Luzhniki Stadium – saw the home side beat the Hungarians, whose team had be partially broken up by the Soviet invasion of their country just two years previously by three goals to one. The second leg, played almost a year to the day later, resulted in a single goal win for the Soviet team.

Of the four teams that made it through to the final tournament in France, three were socialist countries – Yugoslavia, the Soviet Union and Czechoslovakia – yet the Soviet Union’s path to the final was mired in predictable political quarreling. Their opponents in the quarter-finals had been due to be Spain, and any match between these two teams at that time would be perceived as much an ideological battle as a football match. Communists from across Europe had fought against General Franco’s nationalists in the Spanish Civil War between 1936 and 1939 and, while Spain had remained neutral during the Second World War, clear tension still existed between the two nations at the start of 1960, when the quarter-final matches were due to be played. As things turned out, Franco refused to allow his team to travel to Moscow for the first leg and made it clear that he would refuse to allow the Soviet team into his country for the second leg as well, leading to the Soviet Union being allowed two three-nil walk-over wins and a match against Czechoslovakia in Marseille in the semi-final.

The tournament failed to set the French public’s imagination alight with, curiously enough, eighteen thousand less people watching the host nation’s semi-final match against Yugoslavia at Parc des Princes than had watched their quarter-final win against Austria at Stade Colombes, also in Paris. Those that didn’t go to the match certainly missed out on one of the great matches in entire history of the competition. France were without the injured Just Fontaine, who had scored a record thirteen goals in the World Cup two years earlier, but were leading by four goals to two with just fifteen minutes to play before Yugoslavia scored three goals in four minutes – one from Tomslav Knez and two in a minute from Drazen Jerkovic – to snatch the game by five goals to four. In the other semi-final, the Soviet Union brushed Czechoslovakia aside by three goals to nil in Marseille.

The final was also played at Parc des Princes, in front of a crowd of less than 18,000 people. The French public may have been non-plussed by a match between the Soviet Union and Yugoslavia, but this was another match wrapped up in post-war politics. Yugoslavia had been expelled from the Cominform – the international grouping of Communist parties – in 1948. The reasons for this were many and varied, but could be boiled down to a clash of personalities between the Yugoslavian leader Tito and Stalin, in particular Tito’s refusal to accept the USSR as the de facto leaders of European Soviet socialist countries. Relations between Yugoslavia and the rest of the Eastern Bloc began to thaw after Stalin’s death in 1953 – Nikita Khruschev, Stalin’s successor, subsequently claimed that Tito had been “next on Stalin’s list after Korea” – but Yugoslavia continued to pursue a political path that was aligned to neither the Sovietism of Eastern Europe or the economic liberalism of the West and, in 1960, there can be little question that, for the politically informed at least, this was a match with the potential for political significance.

If the Soviet Union and Yugoslavia had reached a slightly uneasy detente off the pitch during the second half of the 1950s, then the Soviet Union won the battle on the pitch in Paris in 1960, albeit only narrowly. It was Yugoslavia that took the lead with two minutes to play before half-time with a goal from Milan Galić, but this was cancelled out four minutes into the second half with an equaliser for the Soviet Union, scored by Slava Metreveli after the Yugoslavian goalkeeper Blagoje Vidinic fumbled a cross. Yugoslavia, however, continued to press for a second goal but were kept at bay by the Soviet goalkeeper Lev Yashin. In extra-time, Drazen Jerkovic missed a tap-in for Yugoslavia, and with seven minutes to play Viktor Ponedelnik headed in from six yards to give the Soviet Union their first – and as things turned out, only – major football title. They would be back for the second European Nations Cup tournament four years later, but the Cold War would turn out to have got considerably hotter by that time. 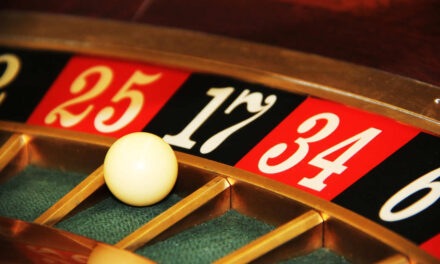 Football & Covid: In favour of a firebreak