Around about this time three years ago, one of the biggest bombshells in the history of the World Cup dropped when it was confirmed that Spain had sacked Julen Lopetegui on the eve of the tournament.  This wasn’t the imperious Spain who, ten years earlier had begun the process of bending international football to its will. This was chaotic Spain, and it wasn’t the first time we’d seen it, either.

Two European Championships and a World Cup in four years had given the impression of a dynasty that could be built, but since winning Euro 2012 there have been three major international tournaments for Spain. They had one of the worst records of all at the World Cup in 2014 and were knocked out in second round in 2016 and 2018. So the question as they complete their preparations for this summer’s tournament is… was 2008 to 2012 the blip?

The signs so far have largely been that chaotic Spain may still be running the show. Sergio Busquets and Diego Llorente both tested positive for Covid-19 on Sunday, forcing the squad into the cancellation of their last warm-up game against Lithuania. They’ve had to call up six extra players in a separate bubble, in case there is a further outbreak within the squad. And all of this comes on top of an insipid performance in a goalless draw in a friendly with Portugal, at the end of which the players were jeered from the pitch by fans. Nature, some might argue, is healing.

Qualification was a relative breeze. They only dropped four points from ten games and brushed their fellow Group E cohorts Sweden in the process, although two of the points that they did drop came in the return match in Stockholm and they would have dropped all three, had it not been for a goal from Rodrigo, scored two minutes into stoppage-time. But the golden team of a decade ago has gone, now, with Sergio Ramos being omitted from this squad on account of a lack of match fitness, and while there’s no doubt that Spain’ class of ’21 is talented and technically gifted, there are few signs that they’re going to coalesce in the way that they did 14 or 15 years ago. With Ramos missing, Spain look incrementally more like a work in progress than they might otherwise have done.

A surface reading of Poland‘s last few years would seem to indicate that they’re set pretty fair. They reached the quarter-finals of the last Euros and were only knocked out on penalty kicks by the eventual winners  – having only ever qualified once before, this was by far their best performance in that competition – breezed through qualification without too many hitches, and still have Robert Lewandowski, who remains one of the best two or three strikers in the world.

You don’t have to scratch that surface, however, to see problems. At the last World Cup they were bundled out of the group stages in bottom place, after having lost to Senegal and Colombia, and while results from the Euro qualifiers were decent enough – they won eight out of ten matches from a group that also contained fellow qualifiers Austria and North Macedonia – performances were sufficiently underwhelming for coach Jerzy Brzeczek to get the sack and be replaced by Paulo Sousa at the start of this year.

It’s difficult to argue that things have improved much since his appointment. Poland came into 2021 having lost their last two matches, both in the Nations League, and they’ve won only one out of five matches under him so far this year. And that win was against Andorra, while they dropped points to both England and Hungary in their other two World Cup qualifiers. With two third places in the World Cup and one Olympic gold medal to show for 92 years of competitive football, an argument can be made they are one of European football’s under-achievers.

Having said that, though, it’s not difficult to see how they came close to a semi-final place in 2016. Lewandowski has scored an eye-watering 66 goals for Poland in 119 games, they have two excellent goalkeepers in Wojcech Szczesny and Lukasz Fabianski, and they have plenty of other talent, such as Piotr Zielinski of Napoli, Mateusz of Leeds United and Southampton’s Jan Bednarek and Marseille’s Arek Milik. At present, though, it’s difficult to see how things have improved that drastically under Paulo Sousa. They’re playing better football than they were under previous coach Jerzy Brzeczek, but this isn’t really saying that much, and with three draws, a defeat, and a 3-0 win against Andorra under their belts so far in 2021, they’re going to need to improve on recent performances if they’re going to go far this summer.

Poland’s opponents in their opening match, Slovakia, also fired their manager after qualifying. Beating the Republic of Ireland on penalty kicks in the play-off semi-finals turned out not to be enough for the Slovakian FA, and they replaced Pavel Hapal with Stefan Tarkovic, who’s now in his third spell as their manager, and as also spent five years managing their women’s under 17 team, two years as the coach of the men’s under 18 team, and has also had a spell managing MSK Zilnia, one of Slovakia’s most successful clubs. Tarkovic steered them past Northern Ireland to qualify for these finals.

Slovakia finished third in a tight qualifying group, in which just five points separated winners Croatia from fourth placed Hungary, and it is notable that four countries for this summer’s finals – Wales making up the four – got through from this group. Slovakia earned their play-off place through the Nations League. Since beating Northern Ireland and Scotland in four days in October, though, things haven’t been going so well for them. They’ve only won one of their six games since then, and have drawn four.

Marek Hamsik, with 126 caps, remains the team’s central figure, but he’s not getting any younger at 34 years old, while the defence looks unsettled, with Tomas Hubocan, who made his international debut for Slovakia fifteen years ago, coming out of retirement for the play-off final. This is also an ageing squad, with ten of the 16 players aged thirty or older. Ther’s little to suggest that they will cause any great ructions over the coming few weeks.

All of which leaves Sweden, who have at least had a better 2021 than their 2020 was. Last year, Sweden played eight games and lost six of them. All of this led to the return of Zlatan Ibrahimovic in March after five years. He managed an assist upon his return against Georgia, but a knee injury suffered in May has ruled him out of his tournament. He turns 40 in October, and we can’t say whether we’ll ever see him again in a Sweden shirt.

But did Sweden even really need him that much anyway? They qualified for the finals above Spain, and even if their form last year was patchy, it’s picked up again this year, with five straight wins, and there will enter their match opening match against Spain with few of the existential problems that Spain have had to inspect themselves in the mirror over, this last few years. They look a little light on attacking options, with only two players having scored into double figures for their country. Sebastian Larsson and Marcus Berg have scored 10 and 24 goals for their country respectively, but they’ve taken 215 matches between them to get there. Dejan Kulusevski, who’s impressed for Juventus and has been linked with a move to Tottenham Hotspur, has tested positive for Covid-19 and will miss at least the Spain game.

What Sweden lack in goals, though, they make up for in defensive competence. They’ve only conceded one goal in their five matches this year, and they’re going to be a tough nut to crack, with a highly experienced back line which includes three 31 year old goalkeepers, Victor Lindelhof of Manchester United, captain Andreas Granqvist, who’s still going strong at 36 years of age (although his selection in the squad for the finals, having barely played for the last year and a half), and Pontus Jansson of Brentford. Sweden are defensively resilient but limited going forward, and teams like that tend to have a somewhat limited shelf-lifes in tournaments, but they seem capable of getting through the group stages and possibly even repeating their quarter-final appearance in the last World Cup.

Those We Have Lost: Richmond Road, Kingstonian FC

The FA Cup Second Round: Solihull Moors vs Rotherham United 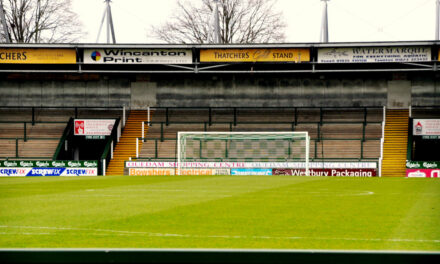